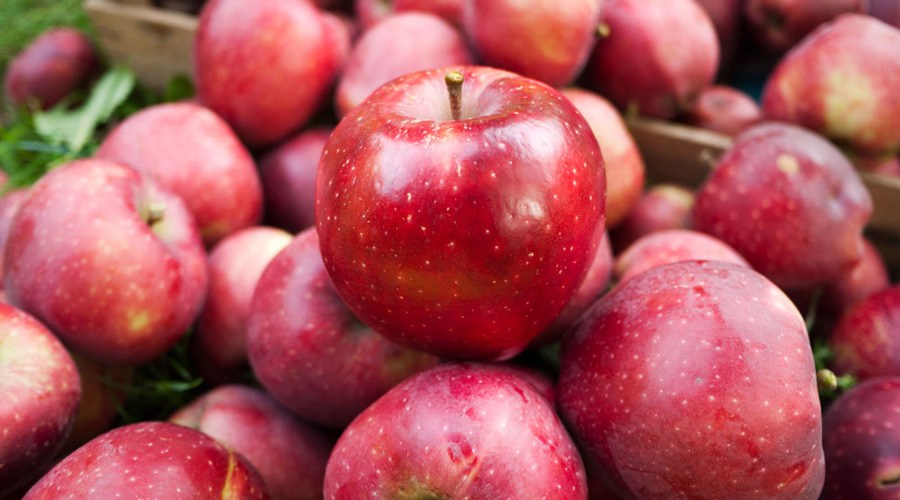 Prolonged halting of thousands of apple-laden trucks on the Jammu-Srinagar National Highway for the past several days in the middle of the harvesting season has triggered an outcry in Kashmir against an alleged attempt to hurt the Valley’s fruit industry that is the backbone of its rural economy.

Fruit growers said they suffered losses worth hundreds of crores after thousands of trucks from Kashmir on their way to different parts of the country were “deliberately” halted at various places on the highway in the Valley and Jammu for days. They said the trucks, stuck for durations ranging from two days to eight days, were allowed to proceed over the past two days after they staged multiple protests.

Administrative authorities, and the BJP, rubbished the claims and said the trucks were stranded because of landslides and repairs on the Jammu-Srinagar National Highway.

Police on Wednesday transferred Shabir Ahmad Malik, SSP, traffic, national highways, and attached him to the police headquarters. The police said the decision was taken in “the interest of administration”. However, the move is being seen as a fallout of the fruit fiasco.

Fayaz Ahmad Malik, the president of the Sopore Fruit Mandi, Kashmir’s largest fruit market, said the flow of apple trucks from the Valley had been erratic for a fortnight now, causing them heavy losses.

“In all, some 15,000 trucks faced issues (got held up) in the past 10 to 15 days. But the problem aggravated some days back when around 8,000 trucks were halted for days on end. Tell me, if there was no issue for the ‘up’ traffic vehicles (coming from Jammu to Srinagar) during all these days, why was there an issue only for ‘down’ traffic (vehicles moving from Srinagar to Jammu)? We think it was deliberate and are viewing this as an assault on our economy,” Malik told The Telegraph on Tuesday.

“We can’t say more because you know the kind of situation we live in. All I can say is that apples are a perishable item and we have been hit badly,” he added.

His allegations were echoed by many farmers, who claimed that the Centre had been for some time promoting cheap apples from Iran that were sold in the market as “duty-free Afghan apples” to the detriment of Kashmiri apples.

On Monday, Malik broke down while addressing reporters during a protest in Srinagar and said the growers were suffering massive losses.

All major non-BJP political parties rallied in support of the apple growers and urged the government to address their concerns.

Former chief minister Mehbooba Mufti on Tuesday visited south Kashmir to express solidarity with the growers, alleging that the Valley was being turned into an “open jail” and its economy “pulverised”. The People’s Democratic Party warned of protests and threatened to block the highway for all traffic.

“For (the movement of security force) convoys, you are halting vehicles. You started the Amarnath convoy (this year) and did not allow locals to move. Now we have a three-month apple harvest season (that began in September) but our fruits are rotting in mandis,” she told a gathering.

BJP spokesman R.S. Pathania claimed that some parties, “especially the People’s Democratic Party, Congress and the Aam Aadmi Party”, were creating a “storm in a tea cup” and propagating “half-truths and canards”.

“The fact is there have been disruptions due to landslides that have crippled all movements on national highways (in the region),” he said.

The Jammu administration on Tuesday said “1,800 fruit-laden trucks and other HMVs (heavy motor vehicles) released from the Valley had crossed Ramban towards Jammu” and another 1,500 were moving slowly towards Jammu. The administration released footage of trucks passing through the Jammu-Srinagar highway in a bid to debunk claims that they had been stranded.

On Monday, Kashmir’s divisional commissioner, P.K. Pole, had said 4,000 trucks stuck on the highway would be cleared overnight.

“The claim by certain fruit growers’ associations on the halting of fruit trucks is a half-truth. Natural reasons are hindering traffic. We are facing difficulties in facilitating the movement of traffic on the highway due to rain and resultant shooting stones that are beyond human control,” he said.