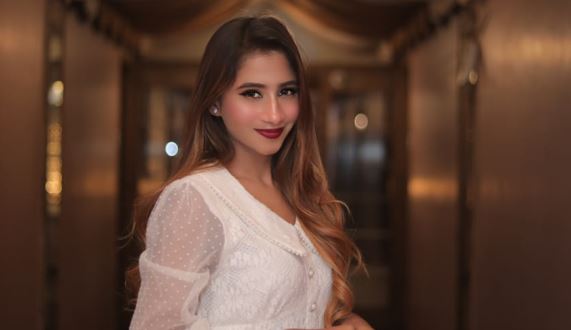 Makeup is more about bringing out the confident side rather than just mending the unwanted. It is rather creative than just a learned skill. Kashish Jain a well-known makeup artist is routing through creative makeup ideas perfect for millennial choices. Makeup comes naturally to Kashish as her mother is known to have already established her presence through her work in the beauty industry. Priya, Kashish's mother is not just a makeup artist but is an experienced personality who has made it to the top all by herself. Following the footsteps is Kashish who believes in creating extravagant makeup techniques.

Kashish, though born in Rajasthan soon, was moved to Surat, Gujarat when her mother decided to prosper through her business of makeup. Following her mother's footsteps, Kashish entered the makeup world in the year 2015 after rigorous years of learning from her mother. Their venture PK Make-up Studio, also known as Priya & Kashish academy, has done major wonders in the field of makeup. The constant support and the habit to achieve creative goals separates Kashish from others in the industry. After working for celebrities like Fizah Khan, Nagma Mirajkar, Afsha Khan, Shanaya Khan, Sana Khan, Vaishnavi Patil, Rukaiya Khan, and others, she is now piled with many new projects.

The mother-daughter duo has lifted the bar of makeup industry with their PK make-up studio. In a recent event, Kashish alongside her mother Priya Jain received an award of excellence in their field on a national level marking their exuberant work. The award was presented by Urvashi Rautela to her. Social media presence and hard work towards innovating new techniques have got Kashish her multiple projects. She is also creating makeup awareness for the millenials to learn from through online classes. Kashish Jain is making it bigger than life and making her mother proud of her work. It is something she loves taking pride in as most of her natural talent comes from her mother.