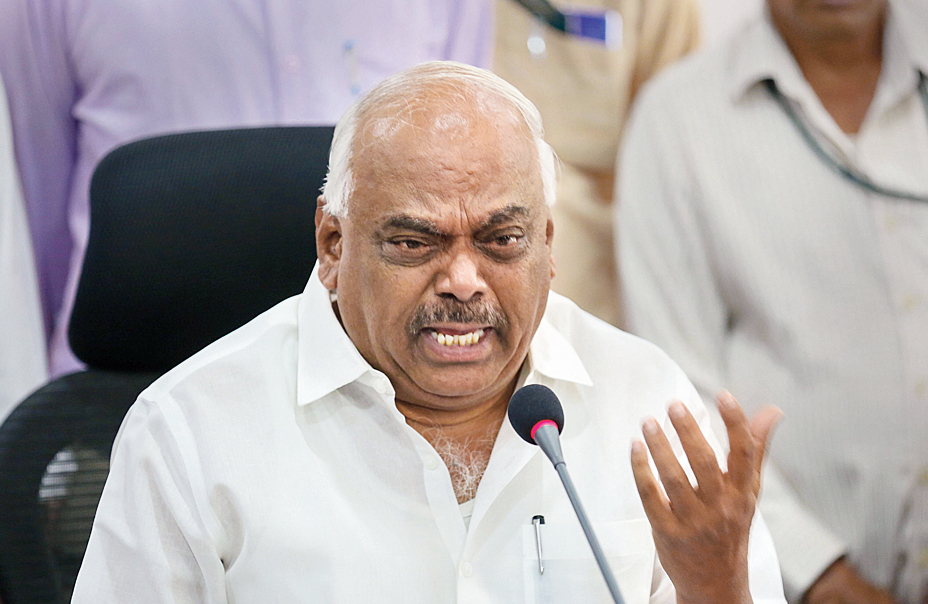 Karnataka Speaker Ramesh Kumar on Sunday disqualified 14 rebel MLAs from the Congress and the Janata Dal Secular for violating their parties’ whips to attend the Assembly and vote for the then ruling coalition during Tuesday’s floor test.

Kumar, who faces a likely no-confidence motion from the BJP after the House reconvenes on Monday, had earlier disqualified three rebel lawmakers on Thursday on the same grounds.

BJP leaders questioned the Speaker’s decision, underlining the Supreme Court’s July 17 ruling that said the rebels “ought not to be compelled to participate in the proceedings of the ongoing session” of the Assembly.

They said all the 17 disqualified MLAs would petition the apex court against the Speaker’s ruling, which they claimed would “not stand up” in court.

Although the disqualifications still leave the new B.S. Yediyurappa government with a slim majority ahead of Monday’s trust vote, the Speaker’s move means the rebels cannot be inducted into the BJP-led ministry.

Kumar had earlier explained that disqualified members have to sit out the remaining term of the Assembly under Article 164(1)(b) of the Constitution, which means they cannot contest by-elections.

Kumar had on Thursday disqualified Ramesh Jarkiholi, Mahesh Kumathalli and R. Shankar of the Congress.

The lone Bahujan Samaj Party lawmaker, N. Mahesh, whose party is a JDS ally, had on Tuesday angered his party by abstaining from voting on the trust motion.

Kumar said his office had on Saturday received a complaint from the BSP. “The Speaker in chair will have to consider that,” he said, hinting at his possible removal through a no-confidence motion.

With 17 members disqualified, the strength of the House falls from 225 (including the Speaker and a nominated Anglo-Indian member) to 208, with 105 the majority mark.

While the coalition has 101 votes, including those of Kumar and the nominated member who is a Congress supporter, the BJP has 105 members.

Independent H. Nagesh, who had resigned from the H.D. Kumaraswamy cabinet on July 12, is likely to support Yediyurappa, as is BSP member Mahesh, raising the government tally to 107.

At Tuesday’s trust vote, the Kumaraswamy government had lost 99-105, with Mahesh and Nagesh abstaining (as did all the Congress-JDS rebels) and two Congress members too ill to attend the House.

Addressing a news conference on Sunday, the Speaker said he had invoked Section 2(1)(a) of the Tenth Schedule, read with Article 191(2) of the Constitution, to disqualify the 17 rebels.

But former BJP chief minister Jagadish Shettar, a lawyer, said that if the disqualified members petitioned the apex court, Kumar’s ruling “will be thrown out in a few hours”.

Rebel JDS member Vishwanath, who has yet to return to Bangalore from Mumbai, apologised to the voters who had elected the 17 disqualified members.