Karnataka colleges to reopen on November 17 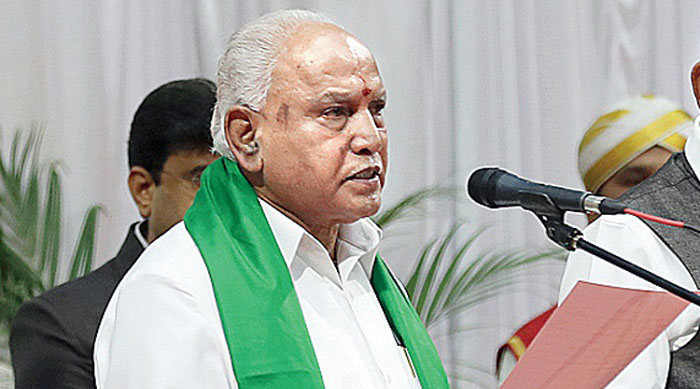 The Karnataka government on Friday decided to reopen from November 17 engineering, diploma and degree colleges that are shut since March due to the pandemic, with students free to opt for online or offline classes or a mix of both.

Speaking to reporters after the meeting, he said students would have the option to either attend classes physically or online or go for blended learning by using both options.

Parents’ consent should be taken to attend classes in person at colleges, Narayan said.

Depending on attendance, it will be decided how the classes will be held and in how many batches, in adherence to all standard operating procedures, he added.

Chief minister B.S. Yediyurappa chaired the meeting of officials from the health, social welfare, backward classes, finance, transport and education departments, along with Narayan on reopening of colleges.

Narayan, who is also in charge of the higher education department, said all necessary arrangements would be made for students who would stay at SC/ST, social welfare and OBC hostels.

Transport arrangements will also be made to facilitate smooth conduct of classes, the deputy chief minister said.

Priority will be given to practical classes, he said, pointing out that UGC guidelines also provides an opportunity to conduct offline classes from November. Students have also been demanding that classes restart, Narayan said.

He said the decision to reopen colleges was taken after several rounds of consultative meetings with all the stakeholders. Each college will have a task force, the deputy chief minister said, adding that deputy commissioners of districts had been authorised to coordinate and monitor at the district level.

To a question on cutting short the syllabus, Narayan said “we have not discussed it for now”. That flexibility will be looked into keeping exams in view, he added. “For now, we are trying to give impetus to learning.”

“As per UGC guidelines, we will be conducting classes. Online classes have already started in October,” he said.

On November 17, the chief minister will launch the Learning Management System (LMS) portal, which, Narayan said, would be a first in the country, for the benefit of about five lakh students studying in government colleges.

Necessary approvals and budgetary allocations have been made for the LMS, he said, adding it would be of help to students and teachers and improve the quality of education.

“It is aimed at bringing about revolutionary reforms in the education sector. We will be sharing details about this in due course,” Narayan said.