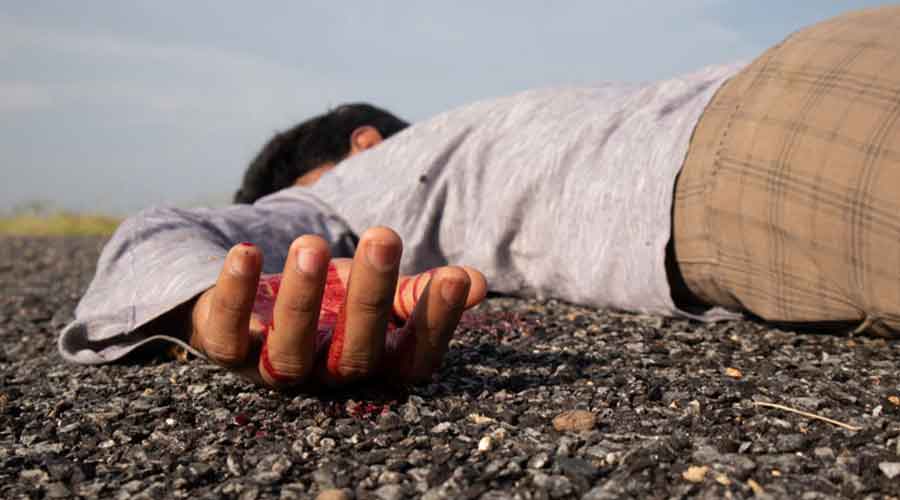 Punjab police said a murder case had been registered following the lynching of an unidentified man for alleged sacrilege at a gurdwara in Kapurthala, only to backtrack minutes later.

The U-turn came at a news conference on Sunday where senior officers received a few phone calls.

Inspector-general G.S. Dhillon had first said that two FIRs had been registered. The first, No. 305, invoked IPC Section 295A (outraging religious feelings) on the statement of the gurdwara manager.

“The second, FIR number 306, has been registered on the statement of the station house officer (SHO) and he was present there,” Dhillon said. The SHO was among three policemen injured by the mob while trying to rescue the lynching victim.

Kapurthala senior superintendent of police Harkamalpreet Singh Khakh, who was present, said: “We have already registered a murder case.”

But a little later, after the two officers received a few calls, Dhillon did an about-turn to say that only one FIR, No. 305, related to sacrilege had been registered.

While all political parties have condemned the sacrilege attempt, none has spoken against the lynching.