Panneerselvam was ousted from the party in the GC meet 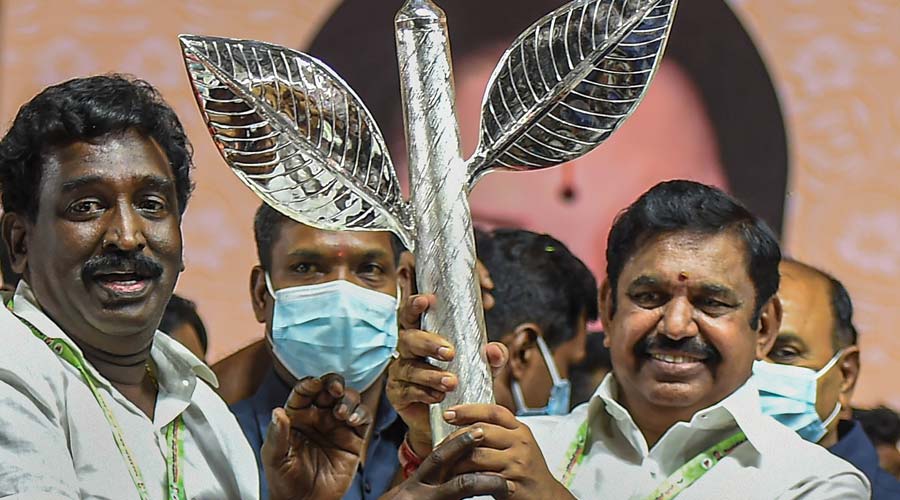 A division bench comprising Justices M Duraiswamy and Sundar Mohan set aside an order of a single judge, which nullified the July 11 General Council (GC) meeting of the AIADMK.

In that meeting held in July, leader of Opposition Edappadi K Palaniswami (EPS) was elected as the interim general secretary of the party, the top post. Panneerselvam (OPS) was ousted from the party.

Palaniswami's position as the single, supreme leader of AIADMK is established with this fresh court order.

In its 127-page order, the bench observed that the appellant EPS and respondent OPS can never function together and there was a deadlock in party matters. The direction of the single judge to conduct the Executive or General Council meetings jointly would not be workable, as the two leaders have not been able to act together and there has been a deadlock.

The direction only furthered the "functional deadlock" that was already in existence in the party, the bench said. The General Council meeting held on 11 July 2022 was proper, the bench held. In the July meet, Palaniswami was elected as AIADMK's interim general secretary with full powers to helm the party.

The requisition for the GC meet, to decide the issue of single leadership, was made by 2,190 members out of the 2,665 members of the council, the supreme decision-making body. This amounts to more than 80 per cent of the General Council members.

The requisition was followed by an agenda, signed and requested by 2,432 General Council members. Thereafter, the meeting on July 11 was attended by 2,460 members and 2,539 members had filed affidavits before the Election Commission affirming their support to the resolutions passed at the meeting, the bench pointed out.

The General Council members represented the primary members of the party and when the majority GC members had given a requisition for convening the meet on July 11 and also supported the resolutions adopted, the balance of convenience could only be in favour of EPS and not OPS, the bench held.

On a technicality, the court said: "In these circumstances, we are not giving any finding with regard to the stand taken by the appellant (EPS) that the posts of Co-ordinator and Joint Co-ordinator had lapsed for want of ratification on June 23. The said issue could be decided in the pending suit."

The single judge, while disposing of the original applications had observed that since there was interpolation, it could only be a manufactured document. The court said that it was pertinent to note that none of the members, who signed the requisition/agenda or attended the meeting, had appeared before the court claiming that they did not do so. That apart, OPS had not made out any assertion in the plaint that there was no requisition. Absolutely, there was no averment in the pleadings that the requisition letter was a fabricated document or not genuine. Hence, OPS's contention that the requisition letter given by 2,190 members was not genuine could not be accepted.

In the absence of any challenge made by the signatories to the requisition letter, the said letter could not be held as fabricated or not a genuine one. The person who could dispute the signature could only be that particular person and not a third party.