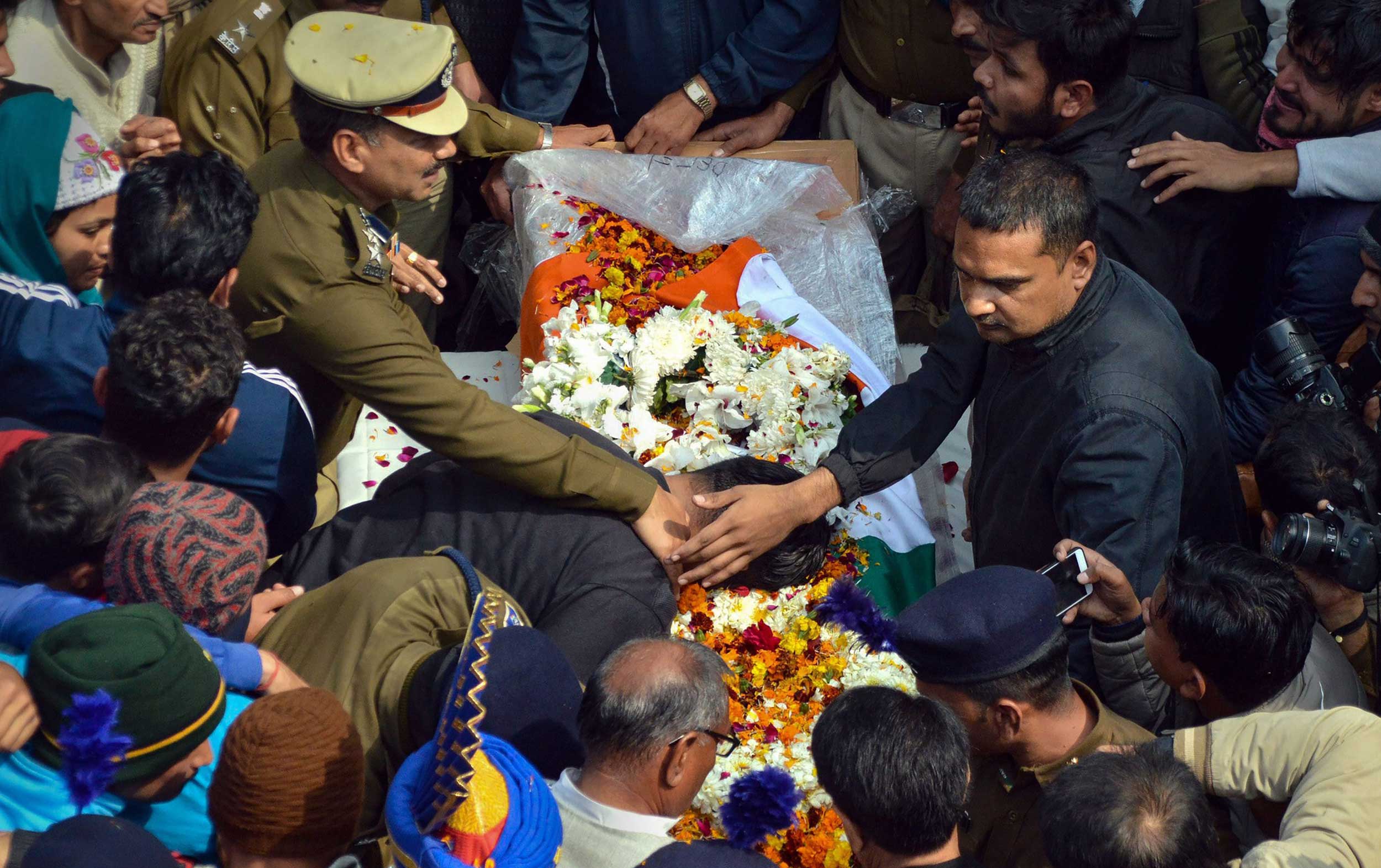 A gunfight that broke out in a border Kupwara village on Thursday ended over 72 hours later on Sunday with the death of both trapped militants but a CRPF soldier wounded earlier also succumbed to his injuries, taking the security forces’ toll to five.

A civilian, Waseem Ahmad, had died in alleged firing by the security forces on Thursday when a mob had tried to disrupt the operation and help the militants escape.

The deputy inspector-general of police, north Kashmir, Suleiman Chowdhary, said the two militants killed in the operation at Babagund village in Handwara belonged to the Lashkar-e-Toiba. “One of them has been identified as Kabullah, who is a Pakistani. The identity of the other is being ascertained,” he said.

The security forces involved in the encounter had had a rude shock when the militants, who had been presumed dead, rose from the debris of the house in which they had taken shelter and fired indiscriminately. The forces had closed in on the house after firing had ceased for some time on Friday.

DIG Chowdhary said the operation continued for so long because the area had many houses and multiple lanes and bylanes. He said the residents had to be evacuated to prevent collateral damage.

The security establishment on Saturday rushed para-commandos of the army to help troops from the 32 Rashtriya Rifles, the Special Operations Group of police and the CRPF engaged in the gunfight.

Sources said some houses in the village had suffered extensive damage in the gun battle.

The sources said the militants kept changing houses to escape being hit and also to inflict more damage on the forces, but the security personnel moved with caution to avoid more losses.