'Four of our men have been martyred, including a CRPF inspector, a CRPF jawan and two jawans of J&K police' 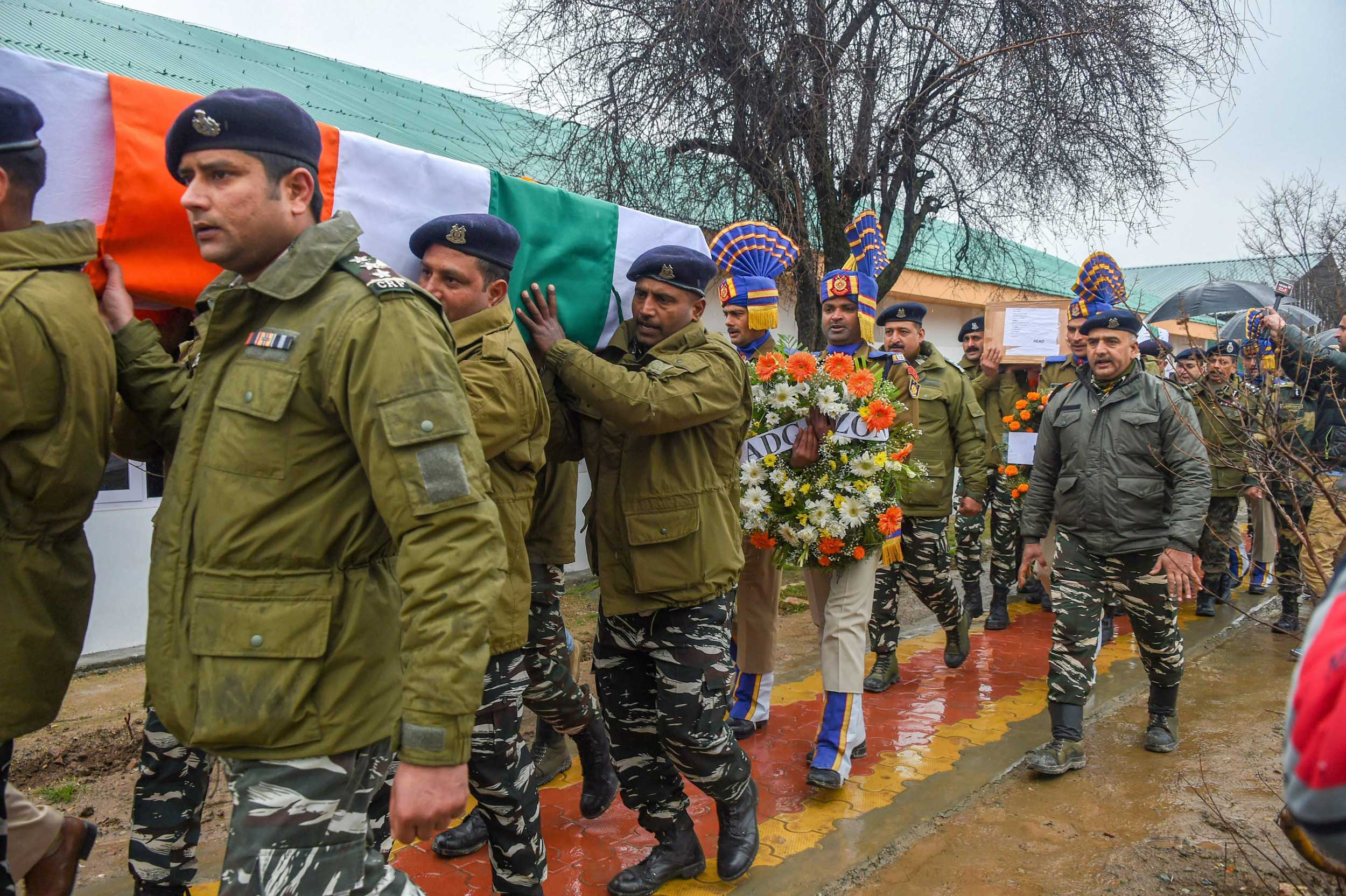 Two militants who had been presumed dead but inflicted casualties on the forces on Friday in a village in Kupwara, Kashmir, continued to engage the security personnel overnight and through Saturday.

“The operation is going on,” Valley inspector-general of police S.P. Pani told reporters.

Two CRPF men, including an inspector, and two policemen lost their lives and five more were injured in the gunfight that broke out early on Friday at Babagund village in the Handwara area of Kupwara district.

Initial reports had suggested that both the militants had been killed early on Friday but security forces are believed to have suffered casualties after they approached the house where the rebels were hiding to retrieve their bodies.

The militants, sources said, rose from the debris and opened fire indiscriminately at the forces. “Four of our men have been martyred, including a CRPF inspector, a CRPF jawan and two jawans of J&K police. The operation is continuing,” Pani said.

The officer appeared to rebuff reports that the militants were presumed dead and had taken the forces by surprise. “During operations, bullets are fired from both sides. Such things (casualties) happen during operations,” he said.

Pani said the gunfight was on in a congested area and security personnel have to remove civilians at such places.

Security forces had cordoned off the area on Thursday evening but the gunfight began during the night. One civilian also died in firing by security forces on Friday on pro-azadi protesters who had descended near the encounter site to disrupt the operation.