The police, who say the dead include three militants or over-ground workers and an innocent man, had so far refused to hand the bodies over to the families 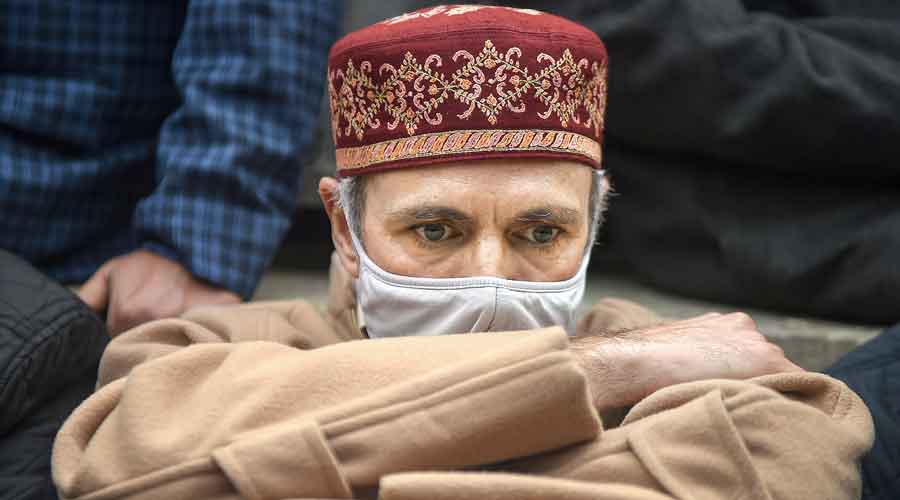 The Jammu and Kashmir government on Thursday exhumed the bodies of two of the four men killed in Monday’s alleged gunfight in Srinagar to hand them over to their families and ordered a magisterial inquiry into the killings, marking a rare capitulation to public protests.

Such inquiries into killings have been rarely conducted since the constitutional changes of 2019, lest they convey weakness. Nor have bodies buried under police watch been returned to families in the Valley since the Covid outbreak, PTI reported.

However, protests against the “fake encounter” have engulfed the Valley with politicians across the mainstream-separatist divide joining in, with the agitation threatening to snowball into the administration’s biggest crisis since 2019.

The bodies of businessmen Mudassir Gul and Mohammad Altaf Bhat were exhumed from a graveyard for militants in far-off Handwara after securing an assurance from their families to keep the burial peaceful, officials said. The bodies were being brought to Srinagar, a PTI report said.

It’s not clear whether the other two bodies – those of office assistant Aamir Magrey and alleged Pakistani militant Haider – would be exhumed too.

The police, who say the dead include three militants or over-ground workers and an innocent man killed in crossfire, had so far refused to hand the bodies over to the families, deepening the outrage.

“A magisterial inquiry by officer of ADM (additional district magistrate) rank has been ordered in Hyderpora encounter. Govt will take suitable action as soon as report is submitted in a time-bound manner,” the office of lieutenant governor Manoj Sinha tweeted.

“JK admin reiterates commitment of protecting lives of innocent civilians & it will ensure there is no injustice.”

Director-general of police Dilbag Singh promised “corrections” if any wrongdoing was detected.

“We will look into the demands of the families. We are open to corrections if anything has gone wrong. A police probe will also find out what went wrong,” Singh told reporters.

Such investigations have seldom in the past brought any solace to bereaved families. The families on Thursday rejected the announcement as “eyewash”.

“The only thing the government must do is return the bodies so they can be buried according to tradition. Otherwise, we have no hope of justice from the men who killed our men mercilessly,” a relative told The Telegraph before the exhumations became known.

In February, the police had booked Pulwama resident Mushtaq under the anti-terror law UAPA for campaigning to secure the body of his teenage son, who the authorities claimed was a militant.

On Wednesday night, the police had detained over a dozen relatives of Bhat, 50, and dentist turned real estate dealer Gul, 40, as they protested at the city centre in freezing cold. They were released late in the night.

Video clips show the police bundling the relatives into vehicles. In one video, a relative is purportedly heard calling a policeman a “terrorist” and asking him to shoot him as well.

The separatists have called for a shutdown on Friday against the killings.

The five-party People’s Alliance for Gupkar Declaration, which is campaigning for the restoration of Article 370, said it “won’t let Kashmir turn into a graveyard”.