The US had fully vaccinated 51 per cent of its population but had 3,039 new cases per million 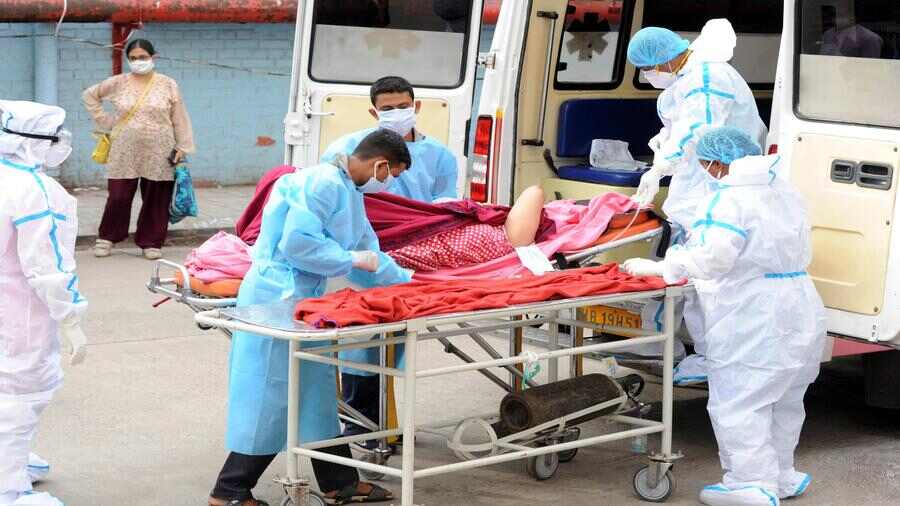 A new analysis has detected no discernible relationship between the proportions of populations fully vaccinated and new Covid-19 cases, although jabs do reduce hospitalisation and deaths from the infection.

The study led by a population health researcher at Harvard University has found no meaningful association between new Covid-19 cases that emerged over a recent seven-day period and fractions of populations fully vaccinated in 68 countries.

In other words, having more fully vaccinated people do not necessarily mean fewer Covid infections.

The results actually point to a marginal positive association: countries with a higher percentage of fully vaccinated population had higher Covid-19 cases per million.

Israel, which had 60 per cent of its population fully vaccinated, had the highest Covid-19 cases per million — 6,224 — over the seven days prior to September 3.

India had fully vaccinated about 11 per cent of its population by September 3.

India had around 182 new Covid-19 cases per million over the prior seven days.

The US had fully vaccinated 51 per cent of its population but had 3,039 new cases per million.

“We can’t rely solely on the current set of vaccines to mitigate Covid-19 infections,” S.V. Subramanian, professor of population health and geography at Harvard University, told The Telegraph.

The study, just published in the European Journal of Epidemiology, reinforces the need to continue with non-pharmaceutical precautionary measures such as wearing masks, maintaining safe distance and washing hands to reduce the risk of the infection.

Experts in India have argued that the decline in Covid-19 cases since mid-May had been largely a consequence of the massive spread of the infection during the March-May surge, which reduced the pool of the susceptible population.

“Vaccines would certainly help in reducing the burden on hospital needs and mortality, but it is abundantly clear now the impact of vaccination on transmission is likely to be considerably less, especially for India,” Subramanian said.

The findings come amid narratives that attribute surges in Covid-19 cases in the US, Germany or the UK to areas with low vaccination coverage and the initial focus on vaccines as a strategy to gain immunity and protect people from infections.

Medical experts said the findings weren’t surprising. “Vaccines protect against severe disease, not against the infection itself — I’ve said this consistently for over a year,” said K. Srinath Reddy, president of the Public Health Foundation of India, New Delhi.

Jacob John, professor of community medicine at the Christian Medical College, Vellore, said observations from several countries, including India, had already suggested that the vaccines did not offer significant protection from Covid.

“But vaccines have been an unalloyed success in protecting people from severe disease, hospitalisation and death from Covid-19,” John told this newspaper. “Someone who is vaccinated has a more than 80 per cent reduced risk of severe disease and death.”

UK updates advisory for its nationals