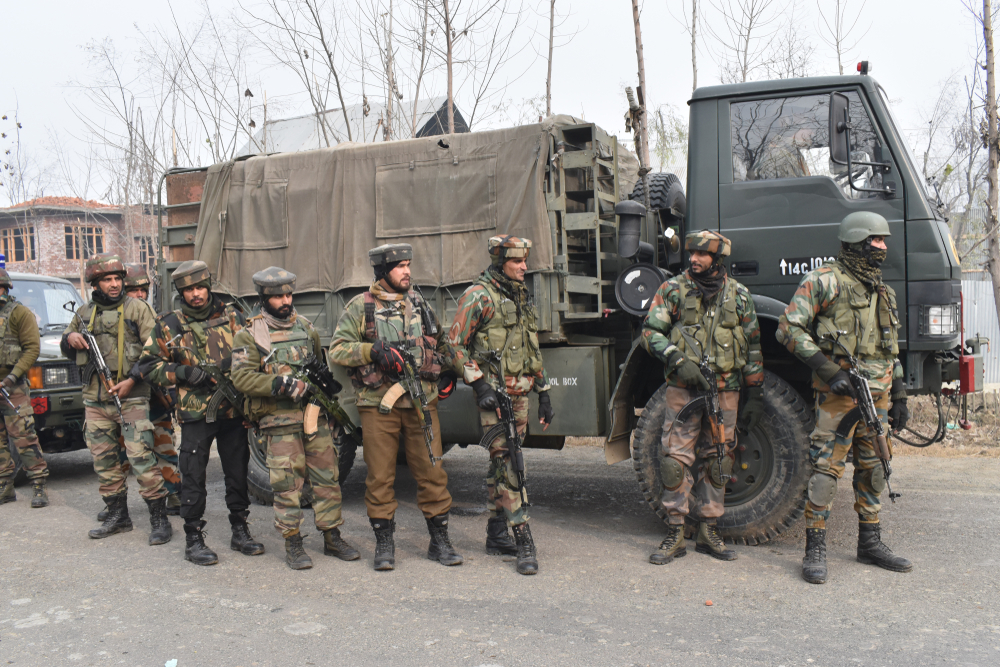 Three unidentified militants were killed in an encounter with the security forces in Jammu and Kashmir's Anantnag district on Monday, police said.

The security forces launched a cordon and search operation at Khul Chohar in the south Kashmir district following information about the presence of militants in the area, a police official said.

The operation turned into an encounter after the militants fired upon a search party of the forces, who retaliated, the official said.

Three militants have been killed in the encounter so far, he said, adding that the identity and group affiliation were being ascertained.