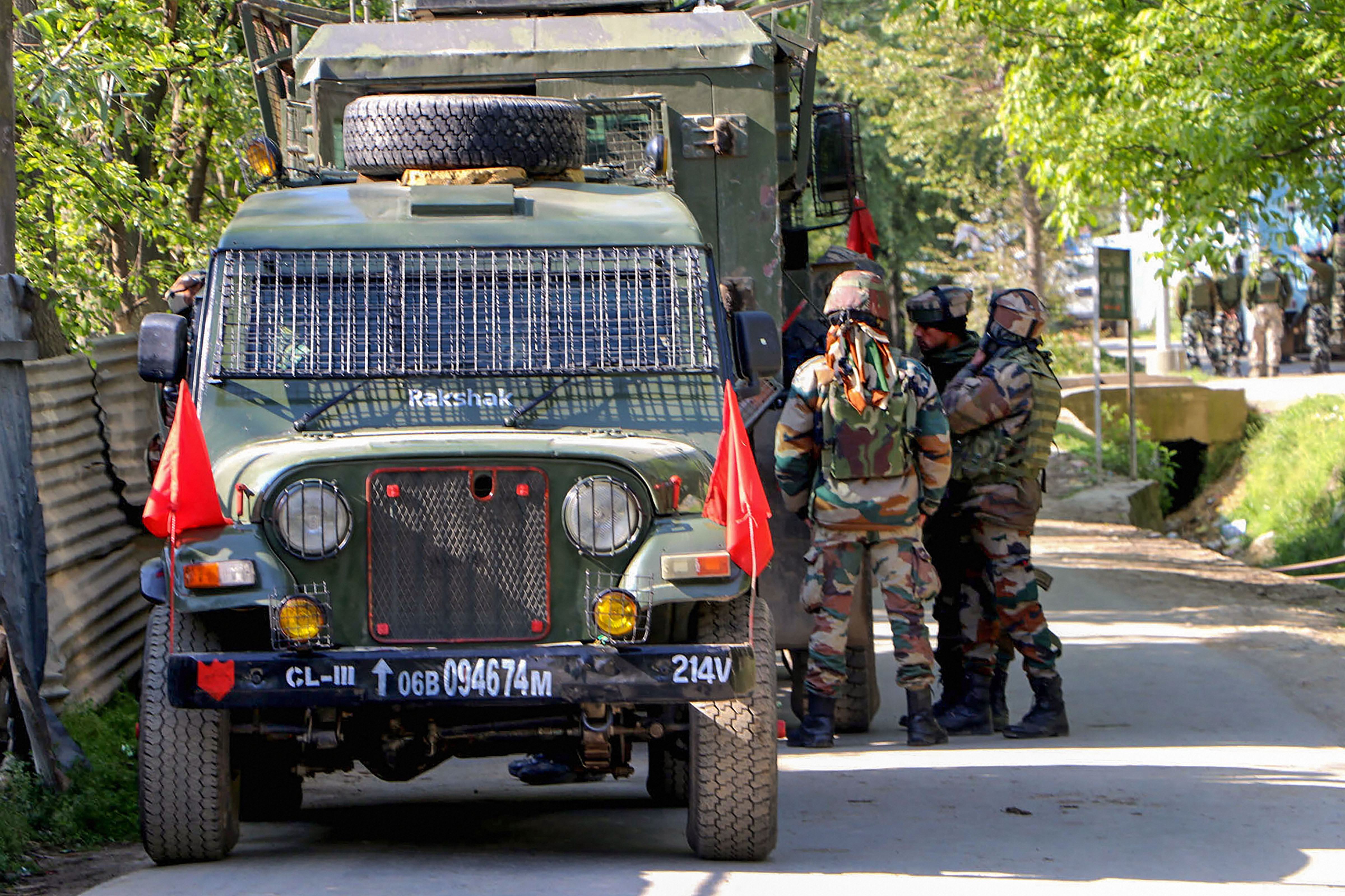 Security forces cordon off the area during an encounter with militants at Melhoora village in Jammu and Kashmirs Shopian district, Wednesday, April 22, 2020. The Hindu correspondent Peerzada Ashiq was booked for his follow up report on Shopian encounter, police said.
PTI
PTI   |   Srinagar   |   Published 24.04.20, 04:21 AM

The Jammu and Kashmir police on Thursday defended filing of cases against three journalists in the Valley saying two of them have been booked for making seditious and incendiary comments on social media.

Inspector-general of police (Kashmir) Vijay Kumar, reacting to journalist bodies' criticism of the police action, said before making broad generalisations like freedom of press is being curtailed, people should ascertain the facts.

'Only one journalist has been questioned about a journalistic work as only one FIR of instigating people for violence has been registered over an encounter in Shopian at Police Station Anantnag. Remaining two persons have not been booked for any of their journalistic works but because of the reason that they have posted explicitly seditious, incendiary and incriminating texts on social media, challenging sovereignty and integrity of India and attempting to instigate people for violence,' Kumar said.

Ashiq has been booked for his follow up report on Shopian encounter in which two militants were killed.

'One of them in the recent days had also met IGP Kashmir along with 3-4 members of the Kashmir Press Club, Srinagar, and accepted the mistake claiming ignorance of the relevant laws and assured not to repeat the same in future,' he said.

Without naming any of the three journalists, Kumar said there are written complaints against one of them as he has exposed life of some peaceful and law-abiding citizens to grave risk by posting incriminating and provocative adjectives against them on social media platforms like Facebook and Twitter.

'The content of these specific complaints discloses a criminal act and law will take its course and the written complaints against this individual will be investigated as mandated by law,' he added.

The IGP said J&K Police has 'always maintained highest regard for the freedom of press. Media persons and other relevant organisations are expected to issue statements only after ascertaining the facts,.'