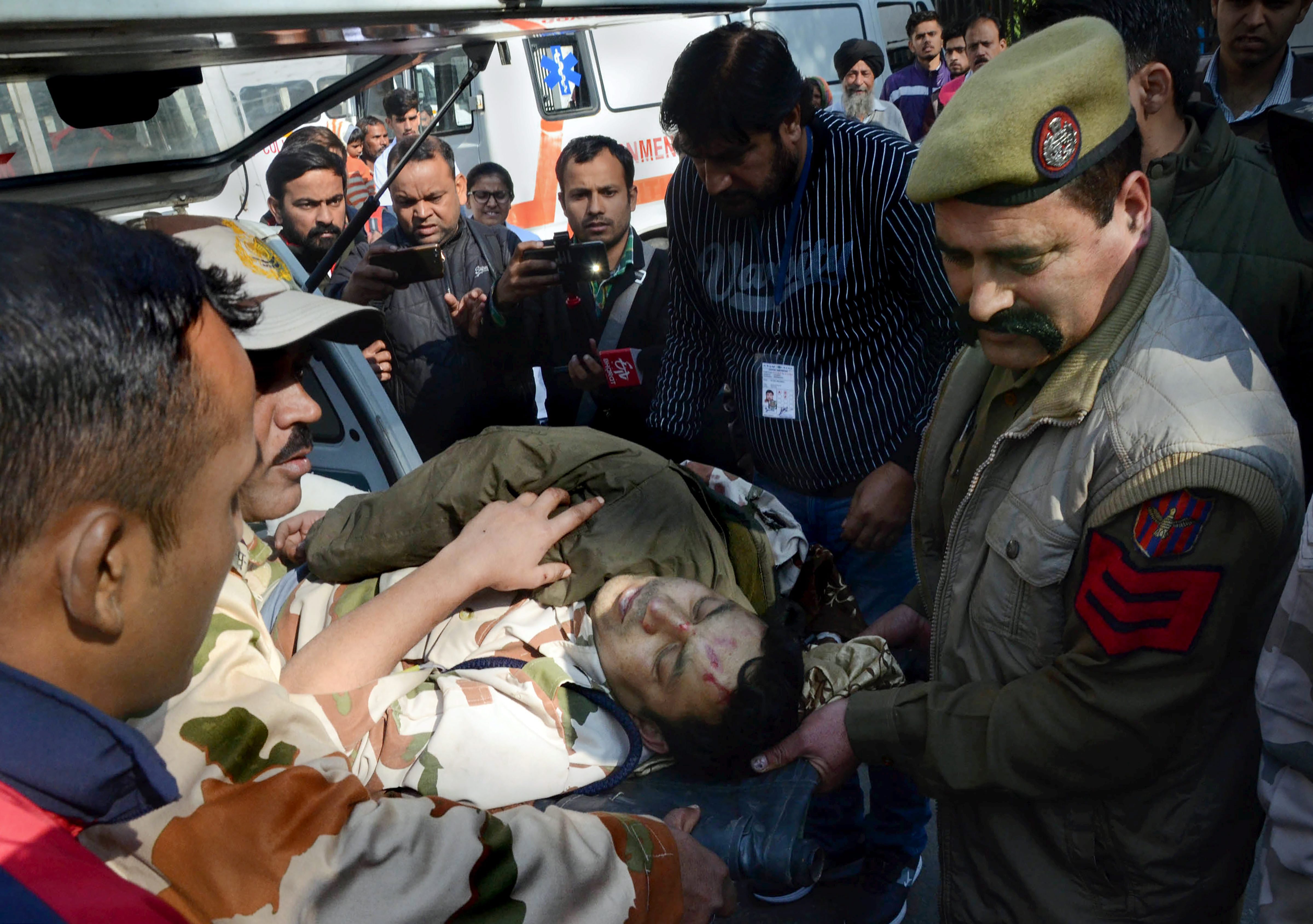 An Indo-Tibetan Border Police (ITBP) personnel was killed and 34 others were injured on Monday when a bus carrying them skidded off the road and fell into a gorge along the Jammu-Srinagar National Highway, police said.

Five of the injured ITBP personnel are in critical condition, a police officer said.

The vehicle was part of a Jammu-bound convoy and the accident occurred near Khuni Nallah in Ramban district around 8.45 am, a police officer said.

Trees prevented the bus from falling further down in the gorge, the officer said.

The ITBP personnel who died has been as Mohammad Ali, he said, adding that the 34 injured, including a civilian driver and conductor, have been admitted to the Ramban district hospital.

The officer said the ITBP column had been deployed in Budgam district of central Kashmir in connection with the recently held panchayat polls and the personnel were returning to their base outside the state when the accident occurred.