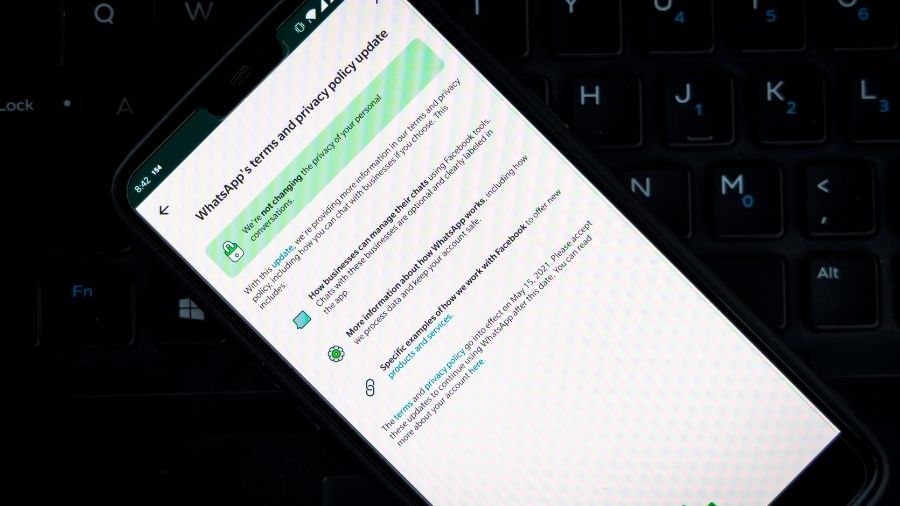 The Ministry, in its communication, has drawn attention of WhatsApp as to how its new privacy policy is a violation of several provisions of the existing Indian laws and rules.
Shutterstock
Our Bureau, Agencies   |   New Delhi   |   Published 19.05.21, 02:51 PM

The Ministry of Electronics and Information Technology has directed WhatsApp to withdraw its new privacy policy, according to sources.

The IT Ministry believes that the changes to WhatsApp privacy policy and the manner of introducing the said changes undermines the sacrosanct values of informational privacy, data security and user choice and harms the rights and interests of Indian citizens, government sources said.

The government has given seven days to WhatsApp to respond to the notice and if no satisfactory response is received, necessary steps in consonance with law will be taken, sources informed.

In a communication to WhatsApp on May 18, the Ministry has once again told the messaging platform to withdraw its privacy policy 2021, they said.

The Ministry, in its communication, has drawn attention of WhatsApp as to how its new privacy policy is a violation of several provisions of the existing Indian laws and rules.

In fulfilment of its sovereign responsibility to protect the rights and interests of Indian citizens, the government will consider various options available to it under laws in India, sources added.

The Ministry has also strongly taken up the issue of WhatsApp's 'discriminatory treatment' to Indian users vis-a-vis users in Europe.

It has stated that: "As you are doubtlessly aware, many Indian citizens depend on WhatsApp to communicate in everyday life. It is not just problematic, but also irresponsible, for WhatsApp to leverage this position to impose unfair terms and conditions on Indian users, particularly those that discriminate against Indian users vis- -vis users in Europe."

It is pertinent to mention here that WhatsApp had faced severe backlash over user concerns that data was being shared with its parent company, Facebook.

Sources noted that WhatsApp had earlier claimed that it officially deferred its new privacy policy beyond May 15, 2021.

However, the Ministry in its communication has asserted that deferral of the privacy policy beyond May 15, does not absolve WhatsApp from respecting the values of informational privacy, data security and user choice for Indian users.

It has highlighted that the changes to the privacy policy and the manner of introducing the changes including by way of FAQ (Frequently Asked Questions) undermines the values of privacy, data security and user choice.

The Ministry has also taken the same stand in the Delhi High Court, where this matter is sub-judice, the source pointed out.