Police beat up marchers protesting the rise in lynchings 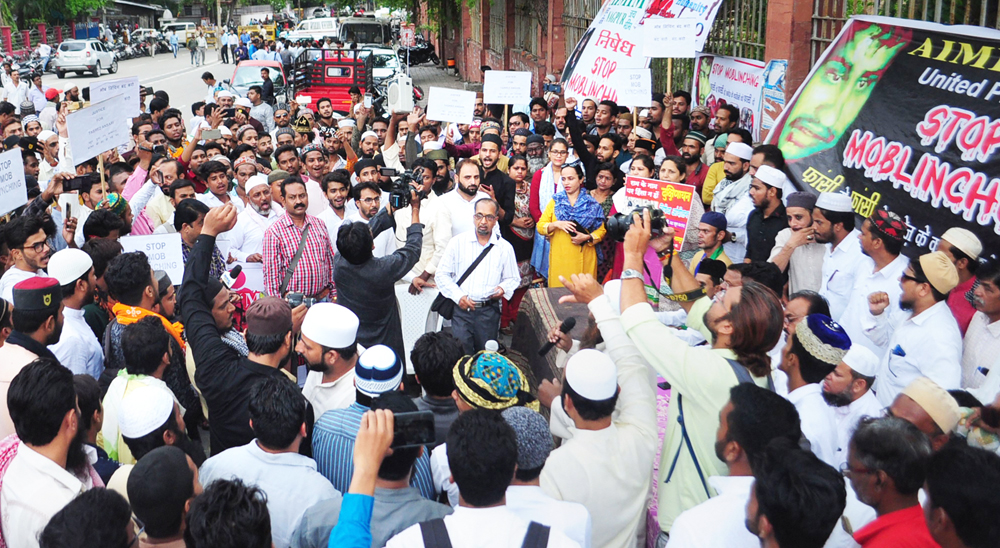 The day passed without trouble in Meerut but not before the Yogi Adityanath government thought it fit to block Internet services for several hours to defuse a situation linked to a backlash against lynchings.

The Uttar Pradesh government pulled the plug on the Internet to prevent a little-known local organisation from publicising its call for a “Bharat bandh” on Monday. The bandh call was issued after police beat up marchers protesting the rise in lynchings.

Muslim community members and a group of teachers, marshalled by a social organisation named Yuva Seva Samiti and chanting anti-BJP slogans, were midway in their 4km march when the police baton-charged them late on Sunday afternoon.

After the protesters retaliated with stones, a dozen people were detained, of whom six were formally arrested on Monday. Two policemen and about 10 protesters were injured in the clash.

On Sunday evening, the bandh call was given and supporters of the protest began publicising the proposed shutdown and the baton-charge over social media.

In the afternoon, a home department official in Lucknow said the services would remain suspended till Tuesday evening. However, after the day passed without any untoward in Meerut, the services were restored late on Monday evening.

Nitin Tiwari, senior superintendent of police in Meerut, 500km west of Lucknow, said the authorities were keeping a close watch on social media to prevent the spread of rumours.

A march was held from the Jama Masjid to the collector’s office in Agra on Monday in protest at the Meerut baton-charge. Agra police said they had been “compelled to use mild force” because the protesters were ransacking shops.

Chief minister Adityanath was in Saharanpur, 120km north of Meerut, on Saturday and in Moradabad, 120km east of Meerut, on Sunday to review law and order and development projects.

Sunday’s march in Meerut had been scheduled from Faiz-e-Aam Inter College to Hapur Adda. Zainus Sajideen, the city qazi, addressed a gathering at the college ground before the march began, saying the central and state governments were weakening the country by ignoring the lynchings.

The police stopped the march at Indira Chowk and asked the protesters to disperse. As the 200-odd protesters resisted, claiming they had written permission from the district administration and were following the approved route, the police resorted to caning them.

Badar Ali, president of the Yuva Seva Samiti, which has both Muslims and Hindus as members, told reporters before being taken into custody on Sunday evening that the organisation indeed had permission.

“I can’t understand what happened all of a sudden that a huge police force arrived and asked us to stop immediately,” he said.

“As we were trying to pacify our people, the police suddenly started beating us with batons and rifle butts. At least 10 people are injured and are being taken to hospital.”

Ali was among those arrested on Monday.

Tiwari, the senior superintendent of police, claimed the protesters had not taken permission for the march.

“Section 144 of the CrPC was already in force to prevent the assembly of five or more people when they gathered at a college and later held a march. They threw stones at the police when asked to stop,” Tiwari said.

A similar protest against the lynchings had been held jointly by the Jamiat Ulema-e-Hind, Karwan Aman and Insaf in Saharanpur, also in western Uttar Pradesh, after Friday prayers last week. It ended peacefully.