Advertisement
Home / India / Centre is mulling raising age for women to marry to 21 years from 18: Modi

Centre is mulling raising age for women to marry to 21 years from 18: Modi 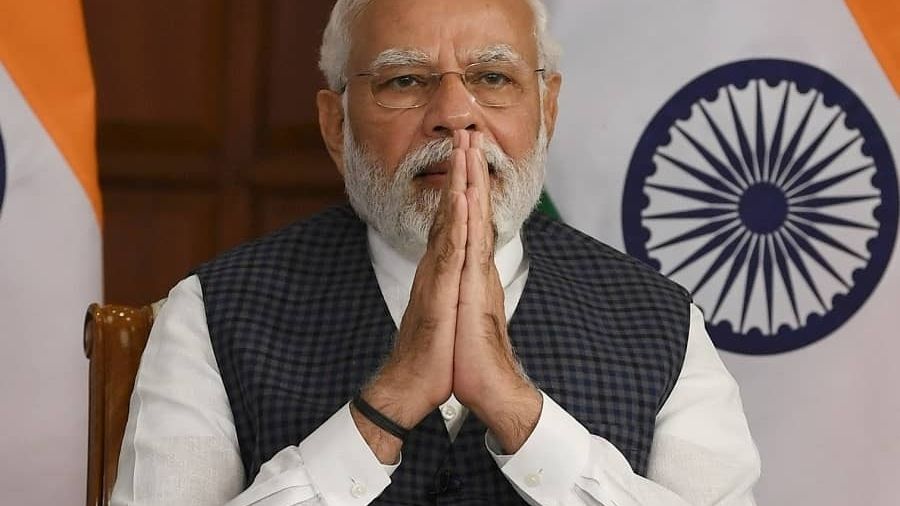 Prime Minister Narendra Modi on Tuesday said the top priority of the country is to improve the lives of women and ensure their full participation in India's development journey.

He said in India, which considers the Earth as mother, progress of women will further empower and strengthen the nation. The PM made the remarks while virtually addressing a seminar of women saints on the occasion of International Women's Day at Dhordo in Kutch district.

Modi said his government is mulling raising the age for women to marry to 21 years from 18 now, "considering that sons and daughters are equal". The matter of raising the legal age of marriage for women is under consideration of Parliament, the Prime Minister said.

"In a nation which considers this Earth as mother, the progress of women always gives strength to empowerment of the nation. Today, the priority of the country is on improving the lives of women. The priority of the country today is to ensure full participation of women in India's development journey," he said. The seminar was organised to recognise the role of women saints in transformation of the society and their contribution towards women's empowerment. Over 500 women saints attended the seminar.

The government is providing financial help so that "sisters and daughters can move forward, fulfil their dreams and start some work of their own," the PM said.

Further addressing the gathering, Modi said women's participation in taking financial decisions in home affairs has increased due to his government's policy to make them the owner of houses constructed under the Pradhan Mantri Aawas Yojana.

"Two crore houses were constructed in the name of women (under the scheme), which means two crore poor women have become lakhpatis (millionaires). In these two crores, a majority of women have been made owners," he said.

"There was a time when women would not own land, house or shop...but for the first time we decided to make them the owner of property, and took a decision in this regard. When women are empowered, they participate in the process of financial decision-making," he said.

Modi said his government is putting emphasis on reducing the troubles faced by women and make their life easier. In this context, he cited the construction of toilets under the Swachh Bharat Mission, distribution of gas cylinders under the Ujjwala scheme and opening of bank accounts in the name of 23 crore women under the Jan Dhan Yojana.

Under the Mudra Yojana, loans up to Rs 10 lakh are provided to non-corporate, non-farm small/micro enterprises.

Highlighting other welfare measures, Modi said the government has increased maternity leave for women from 12 weeks to 26 weeks, made strict laws for their safety at workplace and made a provision of capital punishment for rape.

The country is promoting greater roles for girls in the defence forces and their admission in Sainik Schools has started, Modi said.

He urged the participants to support the government campaign against malnutrition, promote education of girls and back the "vocal for local" programme aimed at making India a self-reliant country.

"Mahatma Gandhi spoke about it (self-reliance and swadeshi), but we have all forgotten. From what we have seen in the world, only self-reliant countries can progress. Those who have to depend for their goods from abroad cannot do anything. And, therefore, vocal for local is a vital issue connected to our economy," Modi said.

He said vocal for local is deeply connected to women empowerment. "A majority of local production is in the hands of women. Therefore, in your awareness campaigns, encourage people to use local products," the PM said.

Talking about Kutch where the programme was organised, Modi said the district has been a symbol of women power for centuries.

"The women here have taught the entire society how to live amid harsh natural challenges, to fight and to win," he said.