The district administration declared a holiday for schools on August 10 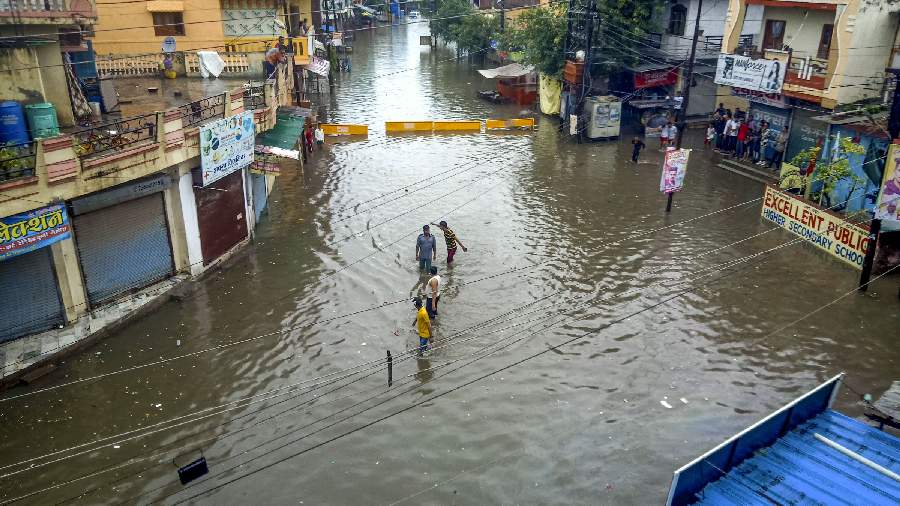 Heavy rains in Indore inundated low-lying areas of the Madhya Pradesh city where some cars were swept away due to the strong water current on roads, officials said on Wednesday.

Alarmed by the situation arising due to heavy downpour since Tuesday evening, the district administration declared a holiday for schools on Wednesday.

A Meteorological department official said Indore recorded 108.9 mm rainfall in the 24-hour period ending at 8.30 am on Wednesday.

Rains are likely to continue in the city for the next two days, he said.

"We have sent civic teams to low-lying areas of the city to help the affected people. They have been directed to shift children, women and aged people to safer places first if the need arises," Indore Mayor Pushyamitra Bhargava told PTI.

In western parts of the city, some cars were swept away on a flooded road leading to the Sirpur lake due to the strong water current, but there was so far no report of any casualty, he said.

The rain waters inundated main roads of the city because of which motorists faced a lot of difficulties, as per eyewitnesses.

Indore Collector Manish Shingh said a pond in Nihalpur Mandi area started overflowing after heavy showers and efforts were made to drain out the water from residential areas nearby.

After heavy rains, the situation in the city is under control as of now. We are keeping a watch on the rising water level of rivers and lakes in rural parts of the district and residential colonies located nearby, he said.