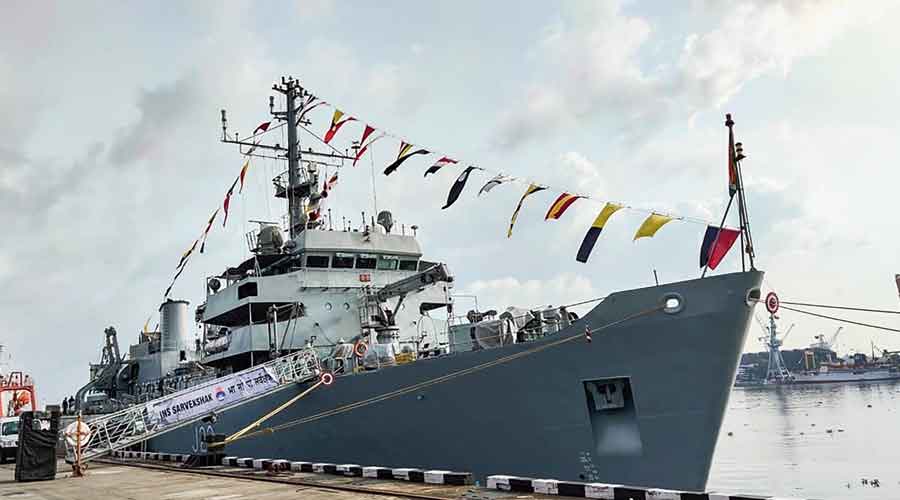 The navy has renewed its opposition to the inclusion of the state-owned Hindustan Aeronautics Ltd (HAL) in a planned Rs 22,000-crore deal to manufacture naval utility helicopters under the Make in India model, dealing a blow to the Narendra Modi government’s push to make the defence sector a part of its Atmanirbhar Bharat scheme.

Under the deal that has been in the works since last year, 95 helicopters are to be manufactured in India under a strategic partnership between foreign companies and Indian private sector firms and HAL, while 16 more choppers will be bought from abroad. Initially, only private firms from India had been involved in the proposed project but HAL was included on a request from the public sector utility, sources said.

The Indian Navy, however, has contended that the Bangalore-based HAL’s products do not meet the force’s requirements.

“The navy has been maintaining that HAL’s naval version of the advanced light helicopter does not meet its basic requirements as the choppers do not have foldable rotor blades that allow them to be parked within the cramped confines of warship hangars,” a defence ministry official said.

“Recently, the navy has again conveyed its reservations to the ministry about HAL’s products and said it wanted a foreign version of the advanced light helicopter that meets its requirements to be built under the strategic partnership model,” the official added.

The navy’s renewed opposition comes against the backdrop of the announcement last week by defence minister Rajnath Singh that India would stop importing 101 items, including weaponry, in a phased manner from December to strengthen the country’s fledgling defence production industry under the Atmanirbhar Bharat initiative.

It is estimated that contracts worth almost Rs 4 lakh crore will be placed with the domestic industry that include HAL, the Adanis, Anil Ambani, the Tatas, the Hindujas, L&T, Kalyani Group and Mahindra Aerospace. The helicopter project, however, is not part of this plan.

Several veterans have questioned the move saying India does not have enough indigenous capability and that the embargoed items such as artillery guns, sonar systems, light combat helicopters and radars are still at various stages of development by the Defence Research and Development Organisation (DRDO). They have also questioned the purpose of the embargo if critical components are imported and only assembled in India.

The 111 naval utility helicopters are critical to enhancing the navy’s operational capabilities. These helicopters will be able to operate onboard warships by consuming much lesser space and replace the ageing Chetak helicopters used for search and rescue operations, casualty evacuation, low-intensity marine operations and torpedo drops.

The defence ministry had last year issued an expression of interest for shortlisting of potential Indian strategic partners and foreign equipment manufacturers for the procurement of the 111 helicopters.

The strategic partnership model aims at collaborations between Indian manufacturers and foreign firms who are willing to share technology and set up Indian production lines. The foreign firms will have to set up dedicated manufacturing lines, including design, integration and building processes, for making the helicopters in India.

The sources said that in November last year, the Defence Acquisition Council headed by the defence minister had met and identified the Indian firms and foreign manufacturers that would come together for the production of the helicopters.

“But the DAC did not give the final nod for the request for proposal. The matter was referred back to the Indian Navy for it to consider the proposal of involving defence PSUs,” a defence ministry official said.

The sources said HAL had now acquired the technology to manufacture foldable blades. “HAL has all the technologies that the foreign firms are supposed to transfer, including rotor systems, transmission systems and hydraulics,” a HAL official said.

A military veteran said the money that would be paid to the foreign equipment manufacturers for the transfer of technology and the cost of setting up a new production line would make the naval utility helicopters more expensive than the Dhruv choppers HAL manufactures.

Adani Defence, Mahindra Defence, Reliance Defence, Tata Advanced Systems and the Kalyani Group are among the private players who have responded to the defence ministry’s tender.