12-year low — and Before Covid 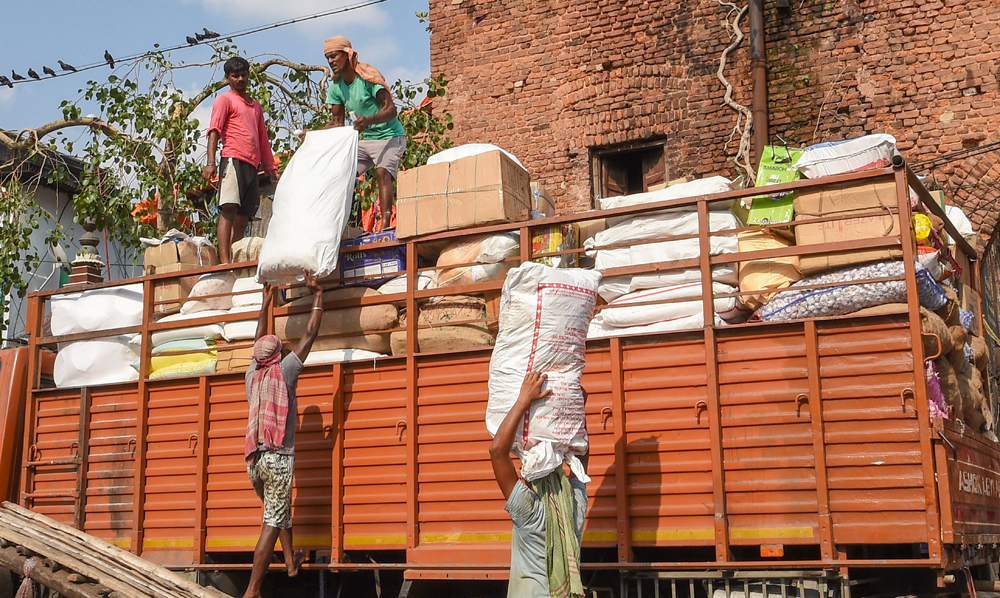 What is even worse is that this statistic barely reflects the impact of the coronavirus-induced lockdown, which has silenced the clangour in its factories for over two months.

The lockdown began on March 25 — barely a week before the close of the financial year.

“Due to a contraction in investment of 2.8 per cent and in exports of 3.6 per cent, real GDP growth has fallen to 4.2 per cent in 2019-20, which is the lowest since 2008-09 when it was 3.1 per cent,” said D.K. Srivastava, chief policy adviser at EY India, after poring over a miserable data release put out on Friday by the National Statistical Office (NSO). Last year, the economy had grown by 6.1 per cent.

The NSO had forecast a growth rate of 5 per cent this year in its February 28 data release, before the virus outbreak.

A global financial crisis had erupted in November 2008, precipitating a slump in the world economy that forced governments to adopt big stimulus measures to guide it back to recovery.

India’s real GDP growth in the fourth quarter (Jan-March) of 2019-20 was 3.1 per cent, the slowest since the current data series began with 2011-12 as the base year for calculations. The pundits had actually expected the quarterly growth figure to come in lower, with the consensus built around 2.2 per cent.

Economists fear that the full impact of the lockdown will be felt in the first quarter (April-June) of 2020-21. The rating agency Crisil has projected a contraction of as much as 25 per cent.

Fitch and Crisil have forecast that growth in the full year will shrink by 5 per cent this year — indicative of a deep recession for the first time in over four decades.

Last week, Reserve Bank of India governor Shaktikanta Das became the first person in authority to admit that the economy would shrink this fiscal but did not hazard an estimate. 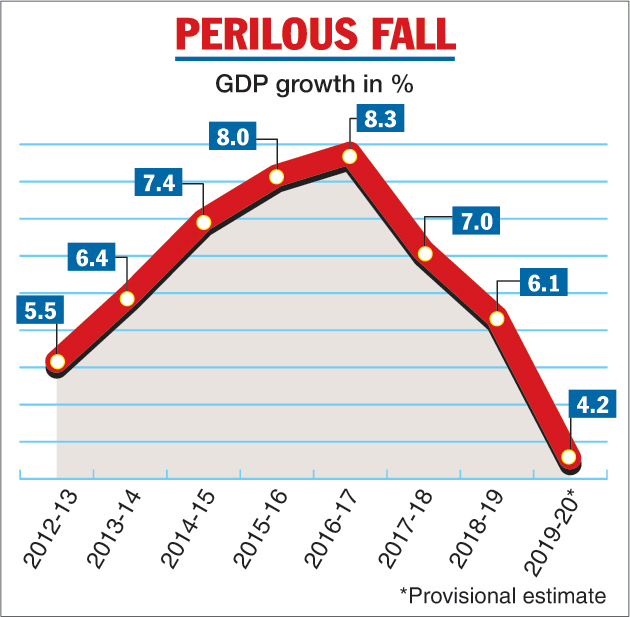 The Narendra Modi government, however, maintained a stoic silence after the NSO came out with the grim economic data.

The NSO said its data collection had been badly impacted because of the lockdown and the fact that “the statutory time-lines for submitting the requisite financial returns have been extended by the government”.

It said its provisional estimate of the GDP for 2019-20 was based on available data and that both the quarterly and annual figures “are likely to undergo revision”.

The arduous lockdown has already been extended thrice with some relaxations beginning this month.

The nominal GDP — which is calculated at current prices and captures the impact of inflation — grew by 7.2 per cent, woefully short of finance minister Nirmala Sitharaman’s growth estimate of 12 per cent in her first budget presented in July 2019.

There was more bad news for the Modi government with the controller general of accounts revealing that the fiscal deficit had jumped to 4.6 per cent in 2019-20, far higher than the 3.8 per cent that Sitharaman had projected in her revised estimates while presenting the budget on February 1 this year.

This might explain why the Centre has been so tight-fisted in its fiscal spending to fund the Rs 20.97-lakh-crore stimulus programme.

Farm to the rescue

Before the virus hit, India was already in the middle of a protracted economic slowdown because of a festering crisis among shadow lenders and a sharp decline in consumer demand and private investment.