A decline of 3,396 cases has been recorded in the active COVID-19 caseload in a span of 24 hours, the data showed 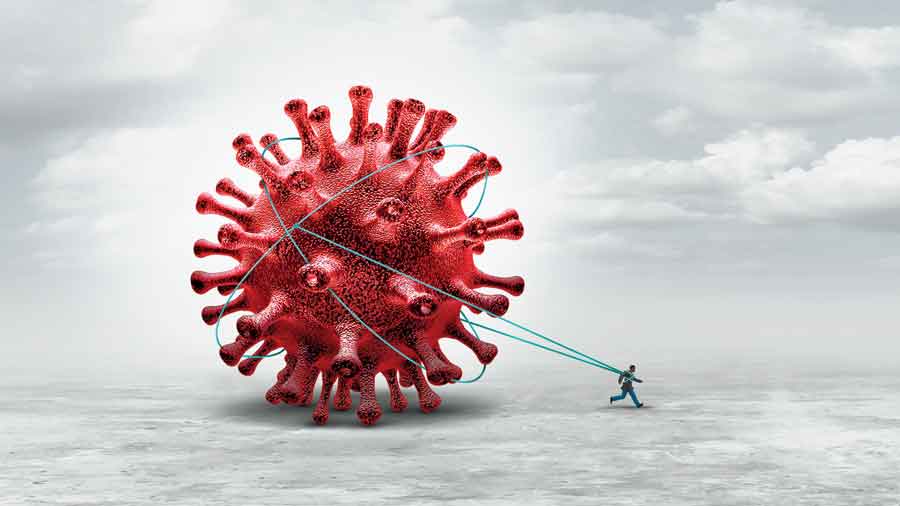 With 9,520 new COVID-19 cases being reported in a day, India's tally of infections has gone up to 4,43,98,696, while the count of active cases has declined to 87,311, according to Union Health Ministry data updated on Saturday.

The death toll due to the disease has climbed to 5,27,597, with 41 new fatalities being reported, including four deaths reconciled by Kerala, the data updated at 8 am showed.

The tally of active cases now comprises 0.20 per cent of the total infections, while the national COVID-19 recovery rate has increased to 98.62 per cent, the health ministry said.

A decline of 3,396 cases has been recorded in the active COVID-19 caseload in a span of 24 hours, the data showed.

The number of people who have recuperated from the disease surged to 4,37,83,788, while the case fatality rate was recorded at 1.19 per cent, as per the data.

According to the ministry, 211.91 crore doses of Covid vaccine have been administered in the country so far under the nationwide vaccination drive.

Thirty-seven new fatalities due to the disease were reported in the country a day back six from Haryana, four each from Maharashtra and Punjab, three each from Himachal Pradesh, Karnataka, Rajasthan and West Bengal, two each from Delhi, Gujarat and Odisha, and one each from Chandigarh, Goa, Jammu and Kashmir, Madhya Pradesh and Uttar Pradesh.