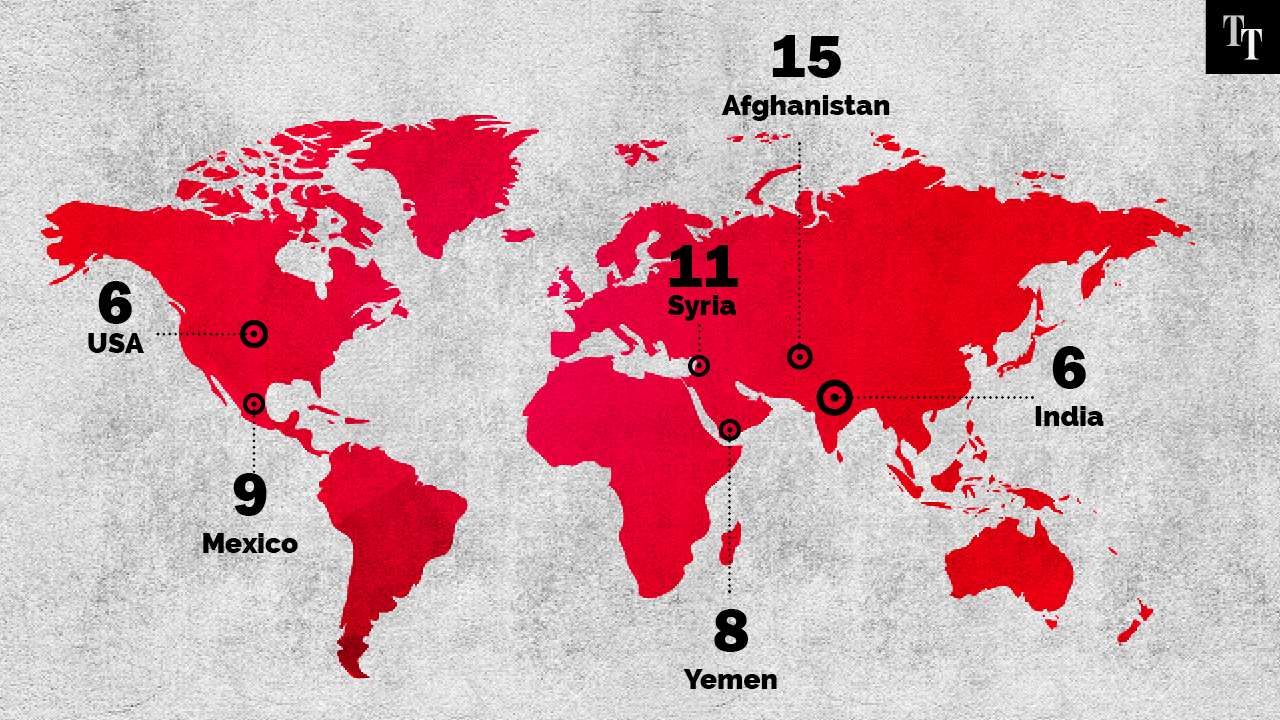 Eighty journalists were killed across the globe in 2018 while gathering news and six of those deaths were in India, the international NGO Reporters Without Borders said in a report on Tuesday.

About India, the report highlighted not just the alleged murders of journalists but also trolling and threats online, which it linked to the 'Hindu nationalist right'. 'Journalists also live in fear in India. Six were murdered this year and many others were the targets of murder attempts, physical attacks, and threats. Hate campaigns against journalists, including incitement to murder, are common on social networks and are fed by troll armies linked to the Hindu nationalist right,' the report said.

The report, which mentioned the hacking of Saudi Washington Post columnist Jamal Khashoggi in Istanbul, also wrote about the murders of three Indian journalists - Navin Nischal and Vijay Kumar in Bihar and Sandeep Sharma in Madhya Pradesh.

Nischal and Kumar were mowed down by a village mukhiya in his SUV. Some news reports said the duo had wanted to report against child marriage. Sharma had tried to expose an illegal sand mining racket. He was run over by a truck in Bhind on March 26. 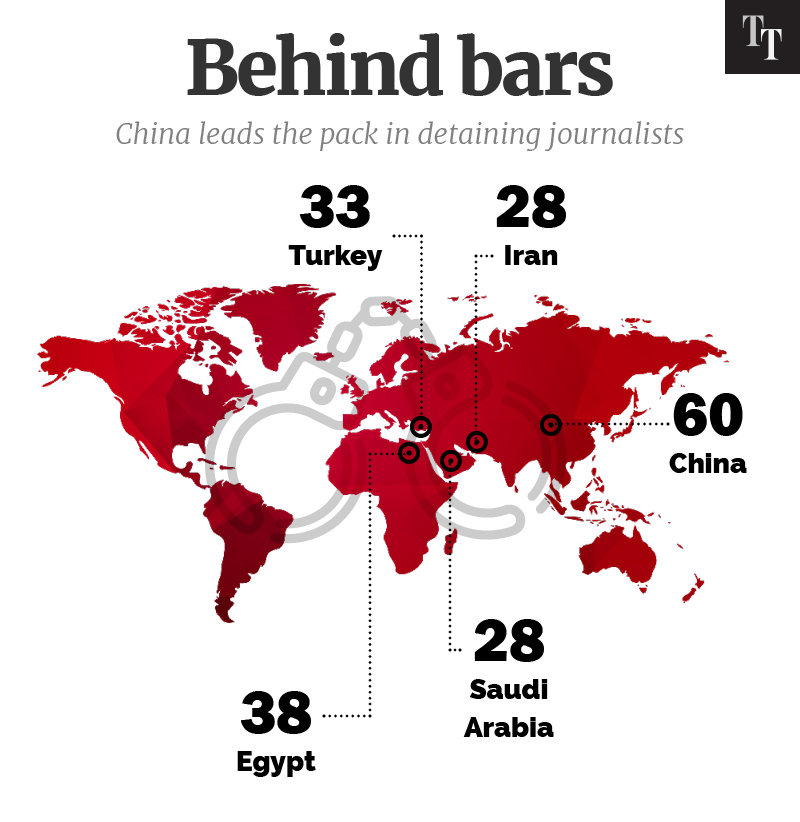 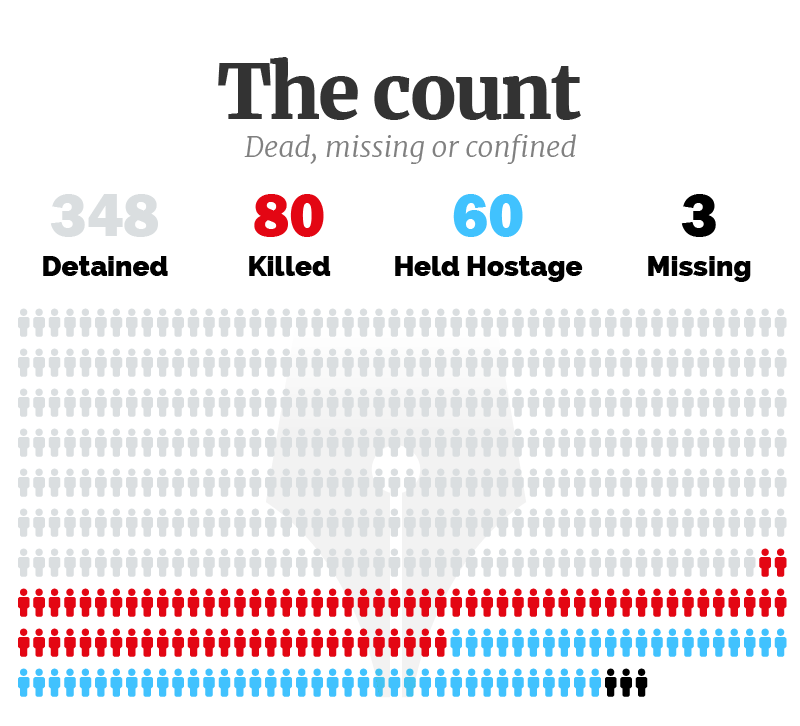 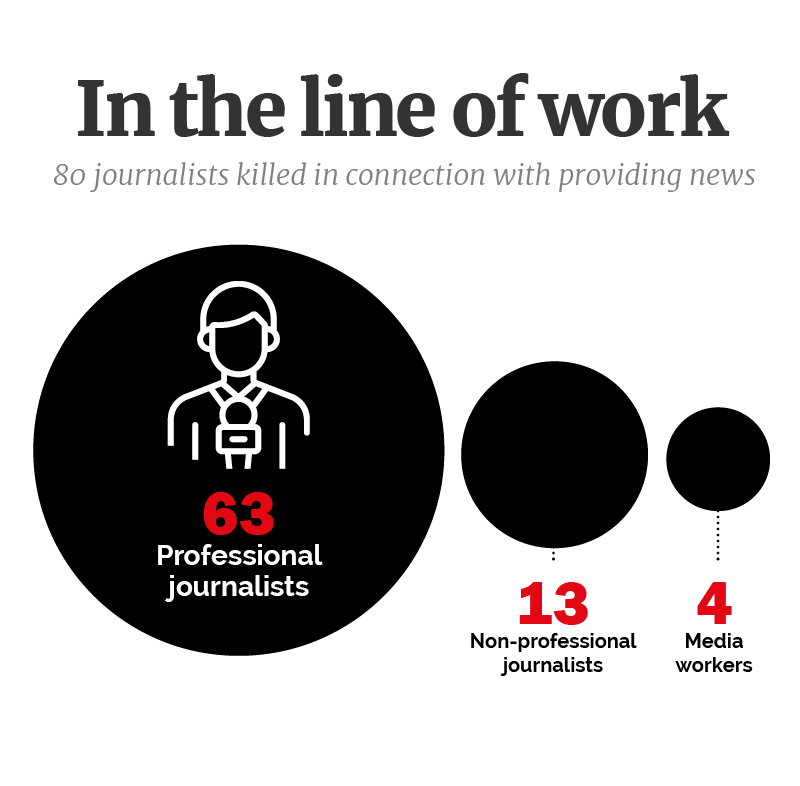 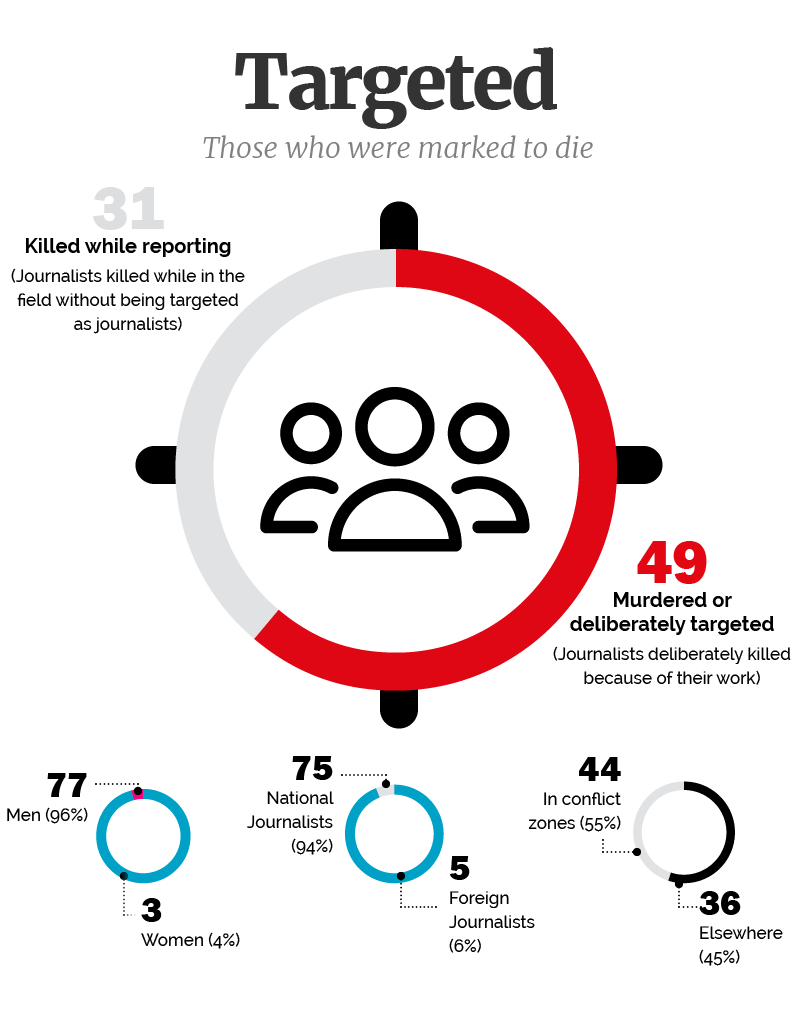