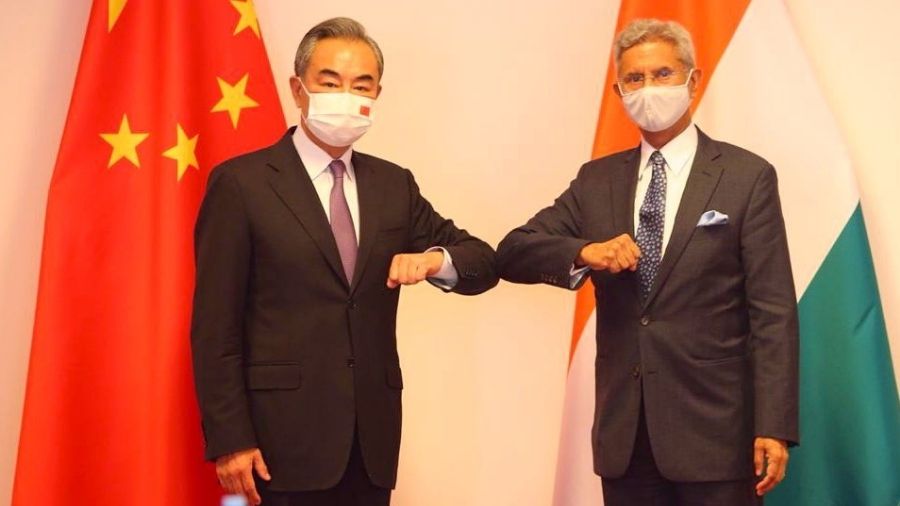 External affairs minister S. Jaishankar told his Chinese counterpart Wang Yi on Wednesday that China was not working with India to resolve the remaining issues along the LAC in eastern Ladakh after the successful disengagement in the Pangong Lake area earlier this year.

Jaishankar articulated India’s disappointment at China’s failure to work with New Delhi for further disengagement during his meeting with Wang on the sidelines of the Shanghai Cooperation Organisation foreign ministers’ meeting in Dushanbe, Tajikistan, where the two held delegation-level talks. This is the second time the two leaders met face-to-face since the escalation of tensions between the two countries in the summer of 2020.

According to the official readout on the meeting, Jaishankar recalled their last meeting in Moscow in September 2020 and emphasised the need to follow through on the agreement reached then and complete the disengagement along the LAC in eastern Ladakh at the earliest.

“EAM (external affairs minister) pointed out to State Councillor that the successful disengagement in the Pangong Lake area earlier this year had created conditions for resolving the remaining issues. It was expected that the Chinese side would work with us towards this objective. EAM noted however that the situation in remaining areas is still unresolved,” the statement said.

Pointing out that bilateral relations had been impacted in a negative manner because of the prolonged tensions, Jaishankar reminded Wang that peace and tranquillity in the border areas has been the foundation for the development of ties since 1988.

“The attempts to change status quo last year that also disregarded commitments under the 1993 and 1996 agreements have inevitably affected ties,” he said, stressing that early resolution of the remaining issues while fully abiding by bilateral agreements and protocols is in mutual interest.

“Besides, what the world is hoping for is an end to the violence and terrorist attacks against civilians and state representatives, settlement of conflict through political dialogue, and respect for the interests of all ethnic groups. And, the region wants an assurance that neighbours will not be threatened by terrorism, separatism and extremism,” he said.

Arguing that the world will not legitimise seizure of power by violence and force, the minister added: “Peace negotiations in earnest is the only answer. An acceptable compromise that reflects the Doha process, Moscow format and the Istanbul process is essential. The future of Afghanistan cannot be its past. A whole new generation has different expectations. We should not let them down.”

Rajnath in Ladakh amid China build-up