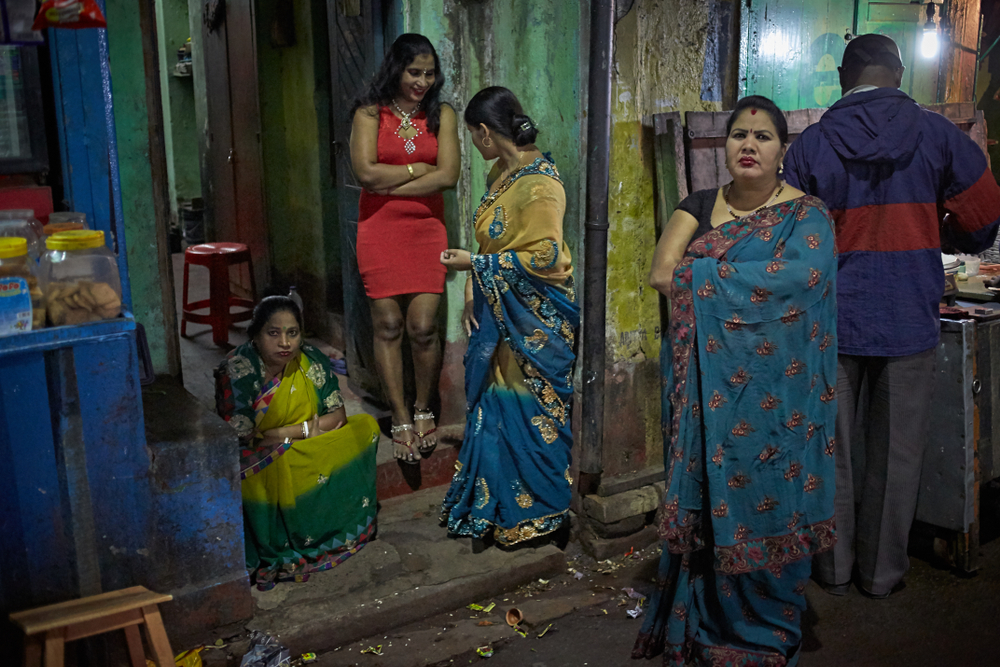 They said Indians are at a much lower risk of getting Covid-19 if red light areas are kept closed after the lockdown until an effective treatment or vaccine for Covid-19 is developed.
Shutterstock
PTI   |   Washington   |   Published 16.05.20, 07:42 AM

India can add 17 days of additional delay to reaching the peak of novel coronavirus cases, and prevent 72 per cent of projected new cases by closing down its red light areas till a Covid-19 vaccine is developed, scientists say.

Based on modelling studies, the researchers including those from Yale School of Medicine in the US, said closing down these places of sex work may reduce projected Covid-19 death toll increase in India by 63 per cent post the easing of lockdown measures.

They said Indians are at a much lower risk of getting Covid-19 if red light areas are kept closed after the lockdown until an effective treatment or vaccine for Covid-19 is developed.

The scientists said the findings have been shared with the Government of India, and with various state governments.

They have recommended a continued closure of red-light areas beyond full nation-wide reopening.

They believe this can reduce the number of cases by 72 per cent in a period of 45-days, and delay the peak of Covid-19 cases by 17 days.

This delay, according to the researchers, will provide the government more time and opportunities to plan and execute measures to protect public health and economy, as India moves in Lockdown 4.0.

There could be a 63 per cent reduction in the number of deaths in the first 60 days after the lockdown ends, if red-light areas are kept closed, the report said.

According to the National Aids Control Organization (NACO), India has close to 6,37,500 sex workers, and over 5 lakh customers visit the red-light areas on a daily basis, the scientists noted in a release.

Their research said that if the red-light areas start operating, the disease will spread extremely quickly and infect a very high percentage of sex workers and customers.

The scientists said the high transmission rate is because social distancing is not possible in sexual interactions.

Infected customers could spread the disease to lakhs of other citizens, the scientists warned.

Hence they believe that these red light areas have a combination of factors that can create a major hotspot.

This hotspot can create a large percentage of the disease spread after lockdown ends, the researchers said.

The report highlights the impact of red-light areas across India, and in five Indian cities which are currently in the red-zone.

These cities, the scientists said, account for some of the largest red-light areas in the country with large numbers of sex workers.

If the red-light areas are kept closed, they said there can be a delay in the peak of Covid-19 cases by up to 12 days in Mumbai, 17 days in New Delhi, and 29 days in Pune.

With the proposed intervention, Nagpur and Kolkata may also see a peak delay by 30 and 36 days respectively, the researchers said.

According to the scientists, the measure may also reduce Covid-19 cases by a fifth in Mumbai, by 27 per cent in Pune, and 31 per cent in New Delhi.

In Nagpur they said there may be 56 per cent reduction in the number of projected cases, and by 66 per cent in Kolkata over a 45-day period.

In the first 60 days, the number of estimated deaths may reduce by more than 60 per cent for Nagpur and in Kolkata, they added.

'Our study findings show that there is a strong effect of the red-light area closures, especially immediately following the lockdown,' said study co-author, Jefferey Townsend, Professor of Biostatistics at the Yale School of Medicine.

According to Townsend, the purpose of the modelling exercises was not to predict what will happen in the future, but to understand the effect of the intervention on the future.

Citing examples of other countries where similar interventions were implemented, the scientists said, strip clubs and brothels were the only businesses that are delineated as indefinitely closed in Australia's reopening plan.

They said Germany and the Netherlands have also closed their brothels to protect citizens from COVID-19.

The scientists added that Japan did not close down red-light areas in time, and saw an 'explosion' in cases because of a red light area which left local hospitals 'overwhelmed'.

Speaking about the Covid-19 situation in India, co-author of the report, Sudhakar Nuti from the Harvard Medical School said, 'The continued closure of red-light areas would build on the successes achieved by the government in lockdown.'

'Any effort in delaying the peak reduces the amount of stress on the medical system and potentially translates into lives saved,' Nuti explained.

'Preventing the potential surge in cases by red light areas reopening will protect gains made by the lockdown,' he added.

According to the scientists, the suggested intervention may help potentially save the lives of thousands of sex workers across India.

They suggested measures to the government to address the health, safety, and well-being of sex workers in these areas.

These include reliefs as part of the government's financial relief scheme for the poor during Covid-19, and investment in reintegrating sex workers into other occupations given the closure.