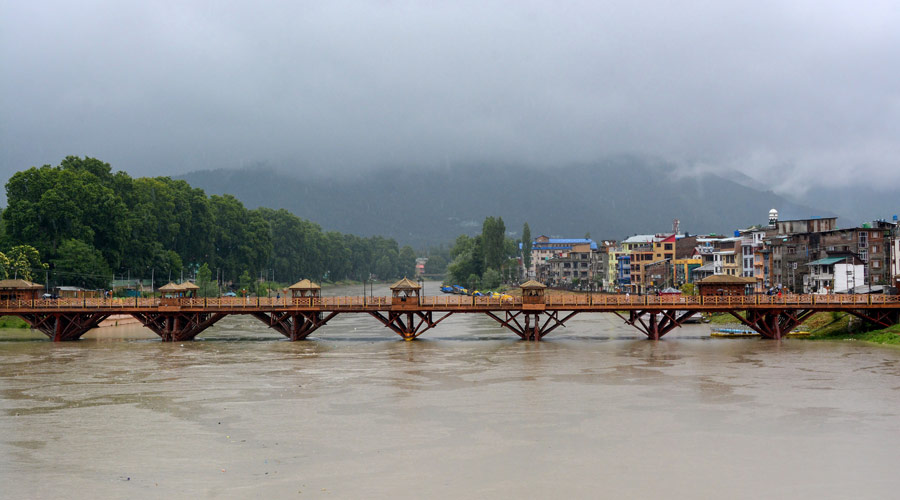 Heavy rains over the past four days have led to a rise in the level of most water bodies in Kashmir with the Jhelum river crossing the flood alarm mark at Sangam in Anantnag district on Wednesday, officials said here.

The authorities have started moving people from low-lying areas to safer locations, they said.

Heavy rainfall across Kashmir has triggered flood concerns among the residents of the Valley even as snowfall in higher reaches including the cave shrine of Amarnath has brought down the day temperature substantially, the officials said.

The water level at Sangam in Anantnag district was measured at 18.18 feet, marginally above the 18-feet mark for flood alarm, they said.

Vaishov stream, which flows mainly through Kulgam district, was flowing dangerously above the flood alert mark.

However, the water level started receding since 10.00 am, the officials said.

A breach in a temporary diversion along the banks of Vaishov stream as Chamgund in Kulgam was reported, they said.

The Doodhganga stream was also flowing close to the flood alarm level at Barzulla in the heart of the city's civil lines area. The weatherman has forecast improvement in weather later in the day.

The snowfall in upper reaches and rains in plains have sent the mercury nose-diving as Srinagar recorded the coldest June day in almost 50 years for which the data is available.

Srinagar on Tuesday had recorded a maximum temperature of 15.0 degrees Celsius, 14.2 notches lower than the normal for this time of the year.

According to data available with the India Meteorological Department Srinagar, the coldest recorded June day was in 2015 when the mercury has settled at a high of 15.2 degrees Celsius.