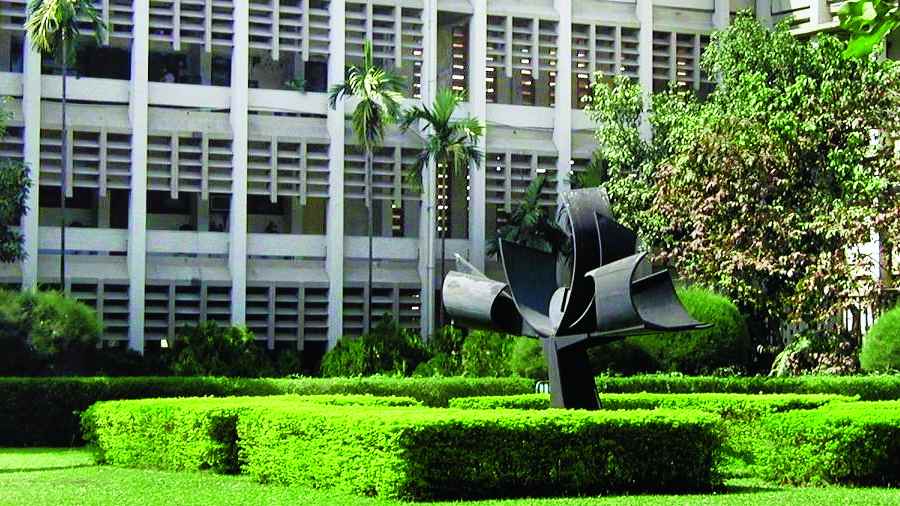 The students have formed a social media handle, “Students Against Fee Hike”, and started campaigning.
Sourced by The Telegraph
Basant Kumar Mohanty   |   New Delhi   |   Published 21.07.22, 02:13 AM

Several students of IIT Bombay are protesting an “unjustified” hike in fees that they say “failed to consider the long-term impact of the Covid pandemic”.

Fees per semester for PhD, BTech and MTech courses have gone up by at least Rs 7,000.

The hike was implemented after the Union education ministry wrote to the IITs and central universities, prodding them to raise resources internally and reduce dependence on the government.

The students have formed a social media handle, “Students Against Fee Hike”, and started campaigning.

The students will take part in an “open house” meeting next week with the administration to discuss their demand. Depending on the meeting’s outcome, they will decide possible protest plans.

For PhD students from the second year, fees have been increased to Rs 23,950 per semester from Rs 16,500, a hike of Rs 7,450. The hike comes under the heads of hostel accommodation, gymkhana, hostel establishment charges and students’ benevolent fund.

“It is disappointing that the administration failed to consider the long-term impact of the Covid pandemic, which is being neither addressed nor acknowledged as the current hike in fee exemplifies,” a pamphlet prepared by the students says.

“The temporary reduction in semester fees during the pandemic may have reduced the financial stress. However, the students are still dealing with the same, given the current macroeconomic situation and rising inflation in the country.”

Semester fees had been slashed in 2020 and 2021. The students have accused the administration of failing to consult the students’ bodies before hiking the fees.

Nearly 1,000 of the 10,000 students at IIT Bombay have signed a memorandum demanding revocation of the fee hike and more fellowships for students. The memorandum was submitted to the administration on Tuesday.

The associate dean of students’ affairs, George Mathew, on Tuesday wrote an email to the students defending the hike. He said the board of governors had in 2020 approved a 5 per cent increase in hostel fees every year based on a recommendation from the students’ fee standing committee.

He contended that IIT Bombay’s hostel fees were still lower than those charged at many other IITs, and were meagre compared with the fees at private institutes.

A government official said IIT Bombay had increased the fees after being told by the education ministry to raise funds internally.

Amol Meshram, a former IIT Kharagpur student, said the fee hikes were an attack on poor and marginalised students.

“Many students are first-generation learners. Many support their education through fellowships. Such students are largely from marginalised sections who will suffer,” Meshram said.

S. Sudarshan, deputy director of IIT Bombay, said the hike was part of measures to augment resources and meet the operational costs of the institute.

“Our goal is to ensure that the fees at least cover our operating expenses, which are increasing each year, but even after the increase we are still subsidising hostel stay significantly,” he wrote in an email replying to a query from The Telegraph.

“We are not even counting capital expenses for construction of new hostels, which are badly needed due to a large increase in student population. The increase of 5% per annum from the last revision in 2017-18 was approved two years ago, before the pandemic, but was deferred due to the pandemic, and implemented only now.”

In December 2021, Delhi University had decided to increase the “university development fee” to meet its expenses as the University Grants Commission had drastically reduced its laboratory grants.

The executive council of the public-funded university, which attracts students from across the country, approved a proposal to increase the development fee from Rs 600 a year to Rs 900.