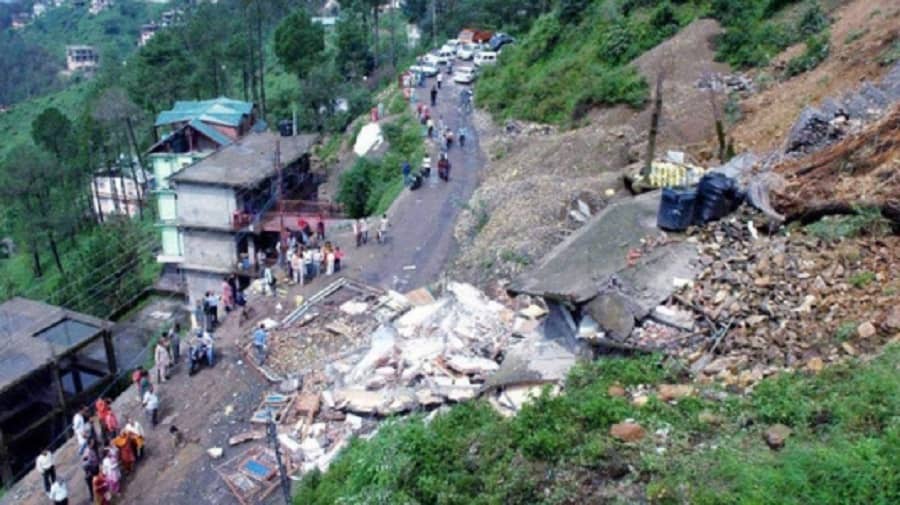 With the recovery of three more bodies on Tuesday, the death toll in the landslide in Himachal Pradesh's Kinnaur district climbed to 28, a senior official said.

State Disaster Management Director Sudesh Kumar Mokhta said according to the information provided by the Bhawanagar DSP, three bodies have been found in Chaura village on National Highway 5 in Nichar tehsil.

He said search and rescue operations, which were suspended on Monday night, resumed this morning.

The rescue operation is being carried out jointly by the National Disaster Response Force (NDRF), the Indo-Tibetan Border Police (ITBP) and police and home guard personnel.

The landslide occurred on August 11 near Chaura village. A Himachal Road Transport Corporation (HRTC) bus, an SUV and other vehicles were trapped under the debris.

On the day of the incident, 10 bodies were recovered and 13 people were rescued.

Fifteen more bodies had been found till Monday.

The SUV and its passengers feared buried under the rubble have not been found so far, Mokhta said, adding that it is possible that the vehicle rolled down with the debris.

The HRTC bus was found in a badly damaged condition on Thursday.

A truck, which had rolled down towards a riverside due to stones falling down a mountainside, was also found and the driver's body was recovered.