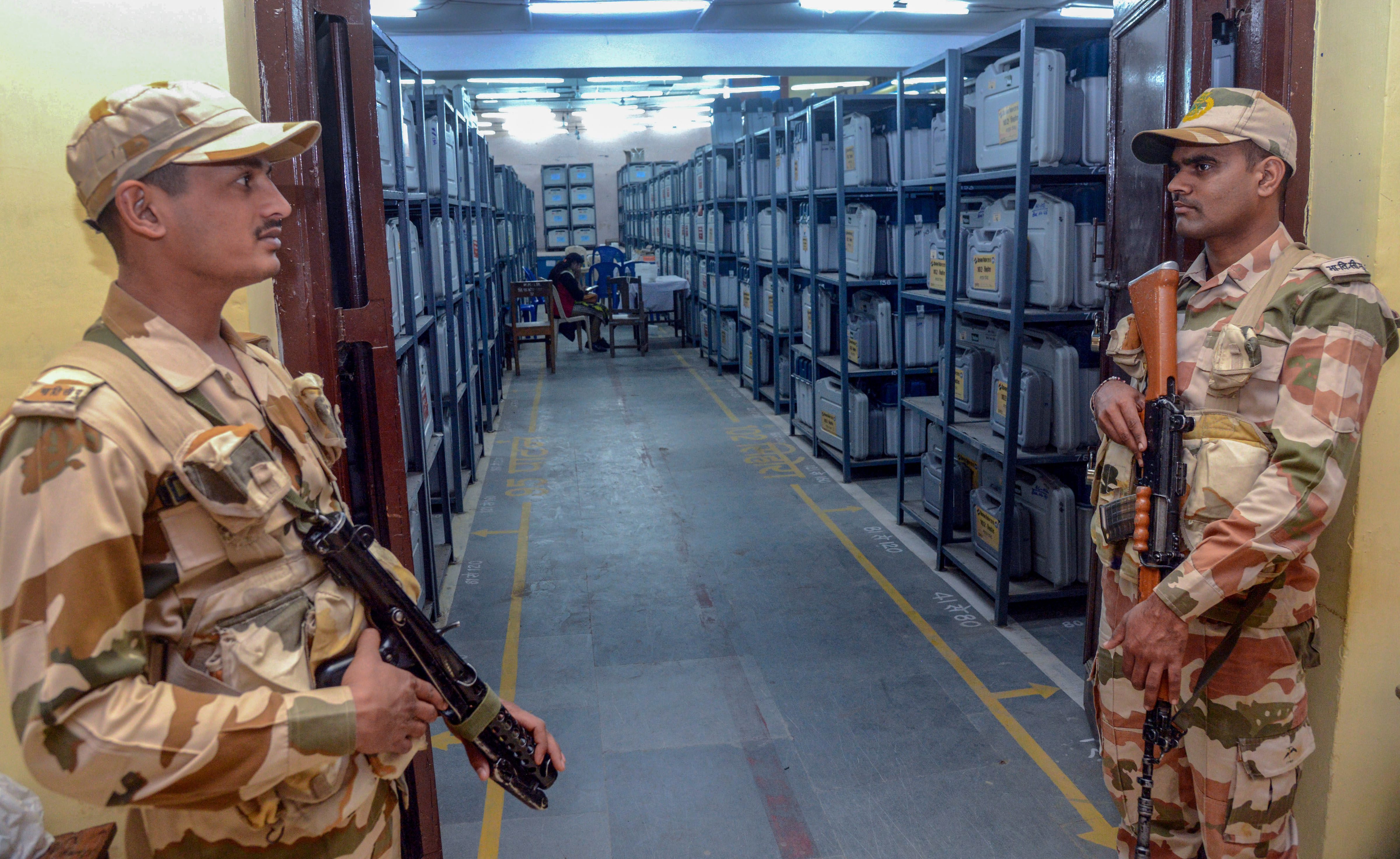 About a month before the Election Commission announced polls in five states, a notification was released on behalf of the Madhya Pradesh governor that listed a set of state government recruitment rules for the Madhya Pradesh Jan Abhiyan Parishad.

The Parishad, according to its website, is registered under the Madhya Pradesh Society Registrikaran Adhiniyam, 1973, a law under which NGOs and societies generally register themselves. But the notification on September 1 seemed to have changed the nature of the outfit two months before the Madhya Pradesh Assembly elections on November 28. From an NGO, the Parishad seemed to have morphed into an arm of the state government.

The governor’s notification also listed staff positions and mentioned what the all-India service equivalent grade pay would be for those manning the posts in the Parishad. The document said the “appointing authority” would be the “state government”.

On November 2, the Panna district collector wrote to the chief electoral officer of Madhya Pradesh, saying that the Parishad’s district coordinator Suresh Varman was caught by policemen with BJP promotional material in his car on October 28. The collector cited this as a violation of the model code of conduct - the elections were announced on October 6 - as the Parishad was now seen as a government arm. The Panna superintendent of police, writing on the same case to election officials, said that when Varman was asked by policemen what he did, he replied that he “ran an NGO”.

The Jan Abhiyan Parishad’s new identity and its old habits were in conflict.

Since the announcement of the polls, the Parishad has come under the radar of the Election Commission after allegations from the Opposition that the BJP was using the outfit to further its campaign in the state.

The Election Commission has barred the Parishad from conducting any meeting in Madhya Pradesh, chief electoral officer V.L. Kantha Rao said. He said the poll panel had instructed the government to ensure that the NGO does not take part in any political activity.

Parishad executive director Dheerendra Kumar Pandey, when called by this reporter, said he was “following the government’s directives on recruitments” at the Parishad. He hung up when he was asked about the allegations made by the Opposition against the Parishad.

K.K. Singh, the principal secretary of the department of planning, economics and statistics, under which the Parishad falls, did not respond to phone calls or messages.

Chief minister Shivraj Singh Chouhan is the figurehead of the Parishad's administrative unit, which includes the finance minister and the chief secretary. Executive director Pandey himself is an employee in the department of planning, economics and statistics.

The Jan Abhiyan Parishad’s website, however, claims that its mission is to connect smaller NGOs with the government.

The outfit was established in 1997 by Congress leader Digvijaya Singh but lay unattended till Anil Madhav Dave, the now deceased senior BJP leader and RSS swayamsevak, woke up to its possible uses in the BJP’s campaigning work. The website says the Parishad has more than 35,000 committees and over 7,000 village officials. Coordinators work at divisional, district and block levels. There are mentors who work under the district coordinators.

The Congress has alleged that the Madhya Pradesh government has nurtured the Parishad with taxpayers’ money for years.

In July 2017, the government mentioned in the Assembly that of the Rs 40 crore spent towards a five-month cleaning and revival of the Narmada river, Rs 19 crore was spent because of the efforts of the Parishad. The reply was made in response to a question by the Congress Opposition leader in the Assembly, Ajay Singh, who wanted to know about the expenses and management of the project.

Singh alleged that the government had pumped in more than Rs1,500 crore for the river programme and the Parishad was deeply involved.

State Congress spokesperson Bhupendra Gupta said funds were diverted towards the Parishad for solidifying the BJP’s presence in the state. More than 35,000 students were involved with the Parishad and were the BJP’s foot soldiers, Gupta said, adding that the Congress had submitted proof of its allegations to the Election Commission.

Shahroz Afridi writes for  of 101 Reporters