Goliaths with an Indian connection 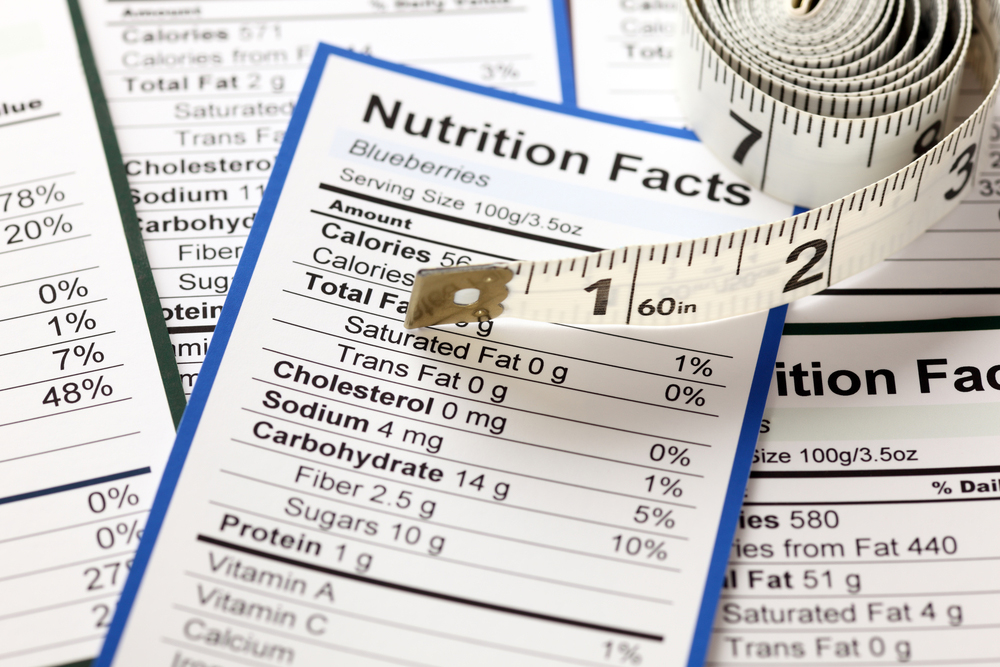 When the Indian government bowed to powerful food companies last year and postponed its decision to put red warning labels on unhealthy packaged food, officials also sought to placate critics of the delay by creating an expert panel to review the proposed labelling system, which would have gone far beyond what other countries have done in the battle to combat soaring obesity rates.

But the man chosen to head the three-person committee, Dr. Boindala Sesikeran, a veteran nutritionist and former adviser to Nestle, only further enraged health advocates.

That’s because Sesikeran is a trustee of the International Life Sciences Institute (ILSI), an American non-profit with an innocuous sounding name that has been quietly infiltrating government health and nutrition bodies around the world.

Created four decades ago by a top Coca-Cola executive, the institute now has branches in 17 countries. It is almost entirely funded by Goliaths of the agribusiness, food and pharmaceutical industries.

The organisation, which championed tobacco interests during the 1980s and 1990s in Europe and the US, has more recently expanded its activities in Asia and Latin America, regions that provide a growing share of food company profits. It has been especially active in China, India and Brazil, the world’s first, second and sixth most populous nations.

In China, the institute shares both staff and office space with the agency responsible for combating the country’s epidemic of obesity-related illness. In Brazil, ILSI representatives occupy seats on a number of food and nutrition panels that were previously reserved for university researchers.

In India, Sesikeran’s leadership role on the food labelling committee has raised questions about whether regulators will ultimately be swayed by processed food manufacturers who say the red warning labels would hurt sales.

“What could possibly go wrong?” Amit Srivastava, the coordinator of the advocacy group India Resource Center, asked sarcastically. “To have a covert food lobby group deciding public health policy is wrong and a blatant conflict of interest.”

The organisation rejects allegations that it works to advance the interests of its corporate members. “Under no circumstance does ILSI protect industry from being affected by disadvantageous policy and laws,” the group said in a statement.

After decades largely operating under the radar, ILSI is coming under increasing scrutiny by health advocates in the US and abroad who say it is little more than a front group advancing the interests of the 400 corporate members that provide its $17 million budget, among them Coca-Cola, DuPont, PepsiCo, General Mills and Danone.

Last year, the candy maker Mars withdrew from ILSI, saying it could no longer support an organisation that funds what a Mars executive described as “advocacy-led studies”. In 2015, ILSI lost its special access to governing bodies at the World Health Organisation after critics raised questions about its industry ties.

In the 40 years since its creation, ILSI has methodically cultivated allies in academia and government through the conferences it sponsors around the world, and by recruiting influential scientists to committees that work on issues like food safety, agrochemicals or the promotion of probiotic supplements.

Although conference topics seldom touch on politically contentious matters, critics say they serve a larger purpose: cultivating scientists and officials who might normally avoid an event directly sponsored by McDonald’s or Kellogg’s.

“It also helps that they are always held at five-star hotels, and that they serve you lunch,” said Shweta Khandelwal, a nutritionist with the non-profit Public Health Foundation of India. “We certainly don’t have the money to pay for people’s lunch.”

In many ways, Sesikeran is the ideal ILSI recruit: a former top government official and marquee nutritionist. In the seven years since he retired as director of India’s National Institute of Nutrition, Sesikeran has advised companies like Nestle, the Japanese food giant Ajinomoto and the Italian chocolate maker Ferrero.

Since 2015, Sesikeran has been a trustee of both ILSI-India and the organization’s global operation based in Washington, and he is a frequent speaker at ILSI events, where he has lectured about the benefits of artificial sweeteners and genetically modified crops.

The ILSI positions are unpaid, but they come with all-expense-paid travel to meetings around the world.

Last year, when the Food Safety and Standards Authority of India needed someone to lead its panel on warning labels, officials chose Sesikeran. Pawan Kumar Agarwal, the authority’s chief executive, had spoken at ILSI seminars alongside Sesikeran, and in 2016, he tapped Sesikeran for a committee weighing the pros and cons of genetically modified mustard plants.

According to Indian law, seats on such scientific panels are reserved for independent experts, a point highlighted in a letter that Srivastava of the India Resource Center recently sent to the food authority. “The regulated cannot be the regulators,” he wrote, noting that ILSI’s disclosure forms require board members to place the organisation above all other interests.

Sesikeran did not respond to interview requests. Arun Gupta, a pediatrician with Nutrition Advocacy in Public Interest-India, said that in private, Sesikeran has defended his close association with industry, saying he believed he could bring about needed change by working with big food companies, not against them.

Rekha Sinha, the longtime executive director of ILSI-India, said suggestions that the organisation promotes industry were wrong. In the two decades since its founding, she said, ILSI-India had funded studies on diabetes, helped promote the mandated fortification of processed food with vitamins, and advised the government on how nutrition affects those with HIV and AIDS.

“The criticisms of ILSI-India that are circulating out there are very painful because they are not justified,” she said.

As it expands across the globe, ILSI is drawing unflattering attention. Over the past year, researchers have documented how the organisation’s China affiliate helped shape anti-obesity education campaigns that stressed physical activity over dietary changes, a strategy long espoused by Coca-Cola that critics say was designed to protect corporate profits.

In Beijing, relations between ILSI and the government are so intertwined that ILSI’s top leaders double as senior officials at China’s Center for Disease Control and Prevention.

Through freedom of information requests, authors of a recent study in the US obtained emails between ILSI trustees, its corporate members and the group’s allies in academia urging them to step up their fight against the WHO’s increasingly tough stance on sugar.

In one exchange in 2015, Alex Malaspina, the founder of ILSI, sought suggestions from ILSI trustees and an official at the Centers for Disease Control and Prevention in Atlanta about how to influence Margaret Chan, then the WHO’s director-general.

“We must find a way to start a dialogue,” wrote Malaspina, who retired as ILSI’s president in 2001 but was still in frequent contact with its staff, trustees and corporate members. “If not, she will continue to blast us with significant negative consequences on a global basis. This threat to our business is serious.”

James Hill, an ILSI trustee and expert on weight management, responded: “I agree that we need to do something to try and prevent WHO from taking a completely anti-food industry stance in the obesity field.”

In a statement, ILSI, based in Washington, said claims that it sought to influence the WHO were “unfounded and inaccurate”.

Although it did not provide further details or respond to specific questions about its activities overseas, the organisation said in another statement that ILSI entities are allowed to provide regulators “information relating to factual matters within ILSI’s scientific expertise”.

In addition to its far-flung offices, ILSI runs a research foundation and an institute focused on health and environmental issues that is largely funded by the chemical industry. It also publishes the academic journal Nutrition Reviews and organises scores of scientific conferences around the world.

Much of ILSI’s work in recent years has focused on fostering relationships in developing countries.

“Emerging economies are where the action is,” said Laura A. Schmidt, a professor of health policy at the University of California, San Francisco. “These are places where the health infrastructure is less established and populations may be less informed about health hazards. If corporations can get in on the ground floor, they can shape the narratives and policies around unhealthy products.”

The organisation’s annual report and website brim with assurances about its commitment to transparency. According to its code of ethics, ILSI projects “must address issues of broad public health interest”.

But the organisation has a long history of championing corporate interests. In 2001, a WHO report criticised the group for its role in financing studies that cast doubt on the dangers of smoking, and in 2006, the agency barred ILSI from activities involving the setting of standards for food and water after its stealth efforts to sway policy in favor of industry came to light.

Over the past decade, ILSI has received more than $2 million from chemical companies, among them Monsanto, which was bought by Bayer last year. In 2016, ILSI came under withering criticism after a UN committee issued a ruling that glyphosate, the key ingredient in Monsanto’s weed killer Roundup, was “probably not carcinogenic,” contradicting an earlier report by the WHO’s cancer agency.

The committee, it turned out, was led by two ILSI officials, one of them Alan Boobis, the vice president of ILSI-Europe who has done consulting work for the chemical sector.

In India, ILSI’s expanding influence has coincided with mounting rates of obesity, cardiovascular disease and especially diabetes, which affects more than 70 million Indians. Experts say that number could soar to 123 million in the next decade as more people embrace processed foods high in fat, sugar and salt.

The government has responded with bold measures, including a 40 per cent tax on sugar-sweetened soda introduced in 2017. But other efforts, including a ban on junk food sales in and around schools, have stalled amid opposition from food and beverage companies.

“The power of this industry is even greater than that of the tobacco industry,” said Sunita Narain, the director of the Center for Science and Environment in New Delhi. Four years ago, she took part in a government panel on warning labels whose report was promptly shelved. “But they are so shadowy that these players don’t dare come to the table representing the food industry, because no one would accept Coca-Cola or Pepsi in the room.”

ILSI-India has excelled at getting its allies into the room.

In addition to Sesikeran’s roles, Debabrata Kanungo, an ILSI member and former official with the Indian health ministry, sits on two scientific food panels: one considering the safety of pesticide residues, and another on additives in processed foods.

Sinha, ILSI-India’s executive director and an economist by training, briefly served on a government nutrition panel along with Sesikeran, but both were removed after they failed to declare their relationship with ILSI as a conflict of interest.

Even as its influence in the developing world grows, ILSI has faced occasional pushback. An ILSI-funded research project on childhood obesity in Argentina was cancelled three years ago after parents whose children were enrolled in the study learned more about the organisation. And in 2015, ILSI officials in Washington shuttered ILSI-Mexico after the news media there wrote unfavourably about a conference it organised on sweeteners.

Many of the speakers, it turned out, were well-known advocates for the beverage industry, and at the time, the Mexican government was considering modifications to a newly enacted tax on sugary drinks.

It did not help that the head of ILSI-Mexico was Raul Portillo, a former Coca-Cola executive in charge of regulatory and scientific affairs.

In an email to one of the group’s trustees, Malaspina, ILSI’s founder, called the incident a “mess” and said he was saddened by the decision to suspend ILSI-Mexico. “I hope we have now reached bottom and eventually we will recover as Coke and ILSI are concerned,” he wrote.

The suspension, it turns out, lasted less than a year, and ILSI-Mexico is up and running with a new executive director: J. Eduardo Cervantes, the former director of public affairs at Coca-Cola of Mexico.