He passed away at 5.30pm in a gym in south Delhi’s Nehru Place 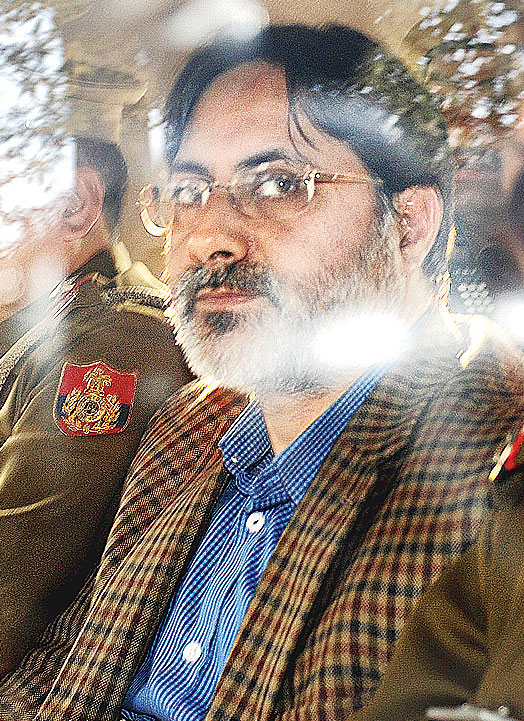 S.A.R. Geelani, the Delhi University professor who was acquitted in the Parliament attack case of 2001, died on Thursday after a heart attack. He was 50.

He passed away at 5.30pm in a gym in south Delhi’s Nehru Place. He is survived by his wife Arifa, daughter Nusrat and son Atif.

Geelani was facing trial in a sedition case for his presence at a meeting in Press Club of India in 2016, where a few students had raised slogans for an independent Kashmir. No chargesheet has been filed in the sedition case.

He had spent 22 months in jail, facing trial for allegedly helping the Parliament attackers, a charge the prosecution could not prove.

In an interview to senior advocate Nitya Ramakrishnan, published in her 2013 book In Custody, Geelani narrated how he was stripped and tortured, and how all the legal checks and balances — such as the medical check-up and production before a magistrate — were subverted.

After his release, Geelani, an assistant professor of Arabic in Zakir Husain Delhi College (Evening), took to human rights activism.

He continued to highlight the lacunae in the conviction of Afzal Guru, who was hanged for the Parliament attack. Geelani participated in several fact-finding teams of the Committee for the Release of Political Prisoners, of which he became president.

St. Stephen’s College professor Nandita Narain said that Geelani had asthma and was under a lot of stress after the clampdown in his home state Kashmir. “He constantly faced harassment. He was shot at and injured in 2005. The Press constantly printed false stories planted by police which were absurd and never proved. After the Press Club incident, he was suspended from college,” Narain told this newspaper on Thursday.