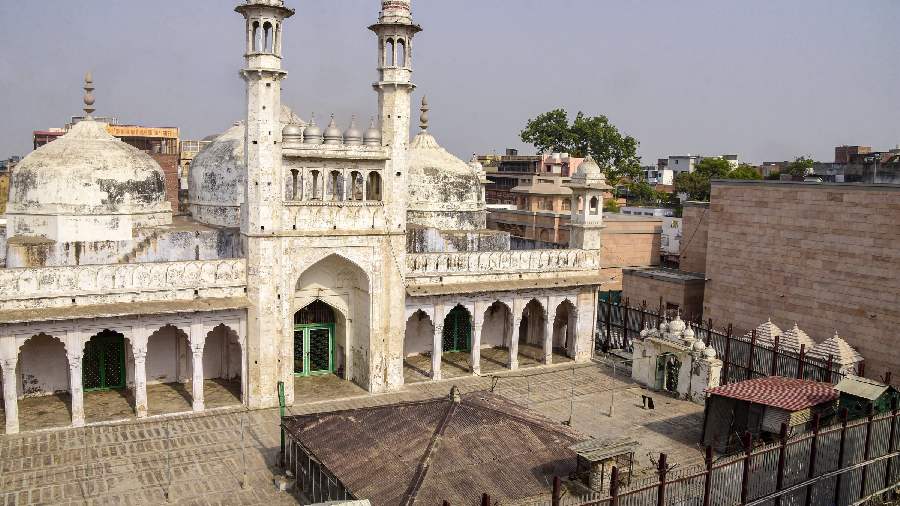 The Allahabad High Court on Friday admitted a revision petition challenging an order passed by the Varanasi district judge, which rejected a demand for the carbon-dating of a structure, claimed to be a "Shivling", inside the Gyanvapi mosque complex.

Admitting the petition filed by Laxmi Devi and others, Justice J J Munir also ordered to issue notices to the Anjuman Intezamia Masjid Committee, which manages the affairs of the mosque, to present its version.

According to the committee, the structure in question was part of a fountain in the "wazookhana", a small reservoir used by devotees to perform ritual ablutions before offering namaz.

An application was moved before the district judge demanding a scientific determination of the age, character etc. of the "Shivling", including its carbon dating.

In the application, a ground penetrating radar (GPR) survey was also demanded.

GPR is a geophysical method that uses radar pulses to image the subsurface of a structure. It is a non-intrusive method of surveying the sub-surface to investigate underground utilities such as concrete, asphalt, metals, pipes, cables or masonry.

By an order dated October 14, District Judge A K Vishvesh dismissed the application. The order of the district judge has been challenged in the high court.

Four of the five Hindu parties to the matter had sought the carbon-dating of the "Shivling" found during a court-mandated videography survey of the mosque premises.

One of the Hindu petitioners, Rekhi Singh, was not in favour of carbon dating of the "Shivling".

Meanwhile, the court adjourned the hearing on a civil revision petition filed by the Anjuman Intezamia Masjid Committee till November 22.

The committee has challenged the district judge's order rejecting its objection to the maintainability of the suit filed by the five Hindu women, seeking permission to worship Shringar Gauri and other deities found on the outer wall of the mosque.

On a joint request of the lawyers of the parties, Justice Munir fixed November 22 as the next date of hearing in the matter.