Advertisement
Home / India / Headmaster reinstated, at new school in UP

Headmaster reinstated, at new school in UP 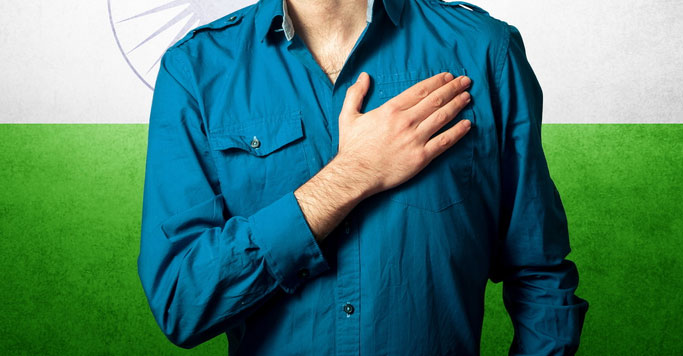 Ali was suspended — allegedly under Sangh parivar pressure — after a video showed the pupils singing an Urdu prayer written by Iqbal, a proponent of Pakistan and the writer of the Indian patriotic song Sare Jahan Se Achchha.
(Shutterstock)
Piyush Srivastava   |   Lucknow   |   Published 19.10.19, 07:52 PM

The Uttar Pradesh government on Saturday night revoked the suspension of a headmaster who was punished because his students had sung a prayer written by the late poet Allama Iqbal, but transferred him to a different school.

Mohammad Furqan Ali, however, said he might not join the new school, which is about 10km from his previous school. He said he was “not happy” with the transfer because of the threat it posed to his old school, where most pupils have been boycotting classes since his suspension on Monday.

Just five of the 267 students were present on Thursday and 33 on Friday at the Gayaspur Primary School in Pilibhit district.

“I have received a WhatsApp message from the (education) department asking me to report for duty as headmaster at the Bakhtawar Lal Primary School in Bisalpur. It said I was being reinstated with a strict warning,” Ali told The Telegraph.

“I want to ask the government whether it’s serious about running the Gayaspur school, which is on the verge of closure because of the students’ absence. I’m not happy with this decision. Can they bring the students back to my previous school without me?”

He added: “I’m sad about my students and am thinking of not joining the new school. If the students of Gayaspur refuse to study without me, I’m not ready to join another school, either.”

Ali was suspended — allegedly under Sangh parivar pressure — after a video showed the pupils singing an Urdu prayer written by Iqbal, a proponent of Pakistan and the writer of the Indian patriotic song Sare Jahan Se Achchha.

It was alleged the prayer featured at the morning assembly, where government school pupils are supposed to sing the national anthem. Ali says the assembly sings the national anthem every day, and that Iqbal’s prayer was sung inside the classroom by the Class VIII Urdu language students whose textbook features the poem.

Mobin Khan, assistant resource coordinator of primary schools in the area, said he had visited the Gayaspur school on Thursday and Friday, and was surrounded both days by the few pupils present.

“They asked why Ali had been suspended when he had done no wrong,” he said. “Ali is a wonderful teacher and the children are missing him.”

Khan said the Iqbal poem was printed on the cover of the Urdu language textbooks for Classes I to VIII.

Rehan Hussain Chisti, who has replaced Ali as headmaster at the Gayaspur school, said: “Some 15 to 20 students had come on Friday to tell me they wouldn’t attend classes till Ali’s suspension was revoked. I told them not to get involved in such things but they left anyway.”

He said he would visit the children’s homes on Sunday and request their parents to send them to school.

Ram Awatar Singh, whose son studies in Class V at the Gayaspur school, said: “My son has stopped eating and refuses to attend school. I hope the government reinstates Ali Sahab soon.”