The court said the applicants shall not commit a similar offence while on bail, and not address the press on any subject related to the case 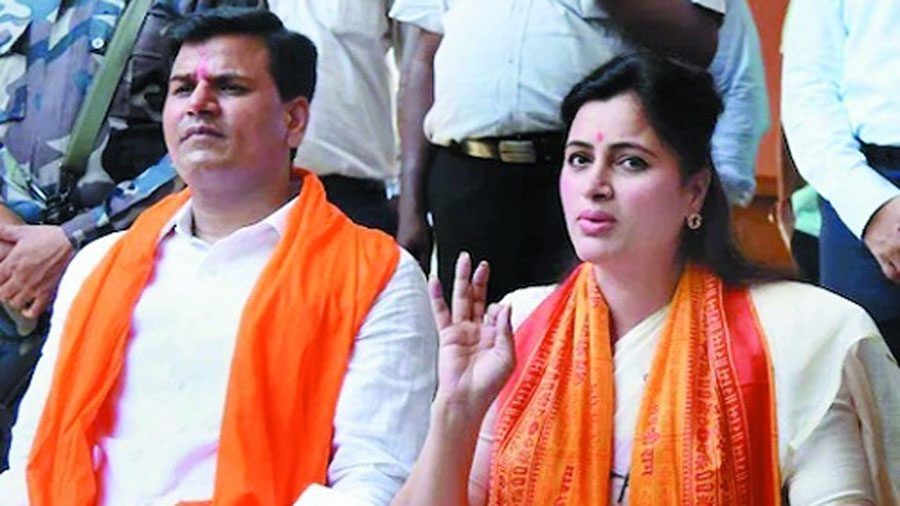 A special court here on Wednesday granted bail to Independent MP Navneet Rana and her MLA-husband Ravi Rana, who were arrested following a row over the recitation of Hanuman Chalisa.

The couple was arrested on April 23 by the Mumbai police following their public declaration of reciting the Hanuman Chalisa outside Maharashtra Chief Minister Uddhav Thackeray's private residence 'Matoshree' in Bandra area here.

They were booked under various provisions of the IPC, including charges of sedition and promoting enmity.

The court said the applicants shall not commit a similar offence while on bail, and not address the press on any subject related to the case.

The couple had in their bail plea, filed through advocates Rizwan Merchant and Abad Ponda, claimed that the call to recite the Hanuman Chalisa outside 'Matoshree', the CM's private residence, cannot be said to be an act to promote feelings of enmity or hatred and the charge under IPC section 153(A) cannot be sustained.

They also submitted that by no stretch of imagination, can the acts of the applicants be stated to constitute the offence of sedition.

The police, represented by special public prosecutor Pradeep Gharat, had opposed the bail plea, saying while on the face of it the couple's plan looked innocent, but it was, in fact, a big plot to challenge the ruling government.

The police claimed that the opposition BJP in the state and political opponents of Thackeray were trying to create an atmosphere to show that the chief minister was against Hindus and not sponsoring the cause of Hinduism.