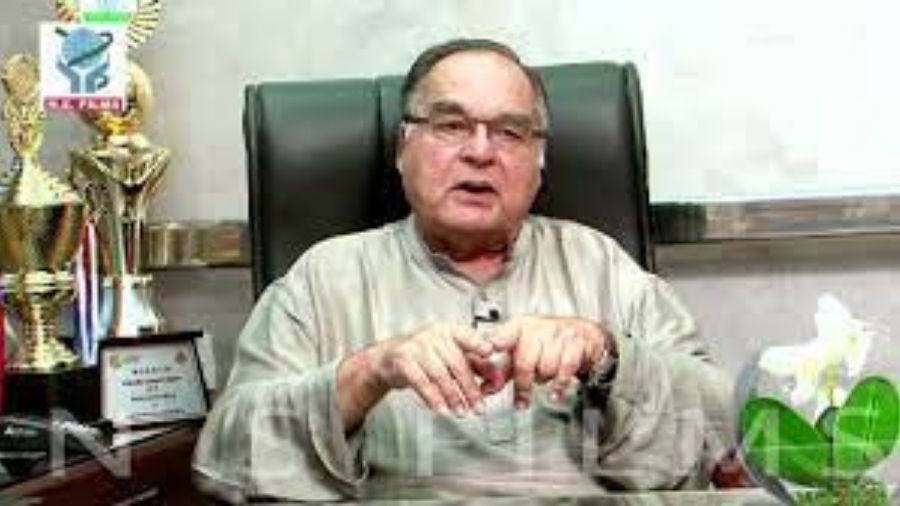 Amid the ongoing row over offering 'namaz' in the open, the police here have lodged an FIR against former Rajya Sabha MP Mohammad Adeeb and others on a complaint filed by local Hindu activists accusing them of disrupting communal harmony and trying to grab land.

The FIR has been lodged against Adeeb, Abdul Haseeb Kashmi and Mufti Mohammad Salim Kashmi at Sector 40 police station under sections 153 (wantonly giving provocation with intent to cause riot) and 34 (common intention) of the Indian Penal Code, officials said.

When contacted, Kuldeep Singh, Station House Officer of Sector 40 police station, said the facts are being verified and action will be taken as per law.

In December, Adeeb had moved the Supreme Court seeking contempt action against Haryana director general of police and chief secretary for failing to comply with the court's directions regarding measures to curb communal and violent sentiments that result in hate crimes.

The complainants, Dinesh Bharti, Himmat and Vikky Kumar, accused Adeeb of disrupting communal harmony and trying to grab land, actions that could lead to riots.

They alleged that repeated attempts have been made to grab the land of locals.

Bharti claimed that in Sector 40, a plot where the ancestors of one Mangtu Manihar were laid to rest has been declared a graveyard and it is being demanded that a mosque be constructed there.

"We are not targeting any religion. Land grabbing and encroachment and misuse of public land are our key issues. They (accused) are misleading people and trying to disrupt communal harmony," he said.

Speaking to PTI, Adeeb said he was not aware of any FIR being lodged against him and had just learnt about it.

"What is this case actually about? We are the ones talking about peace, calm and communal harmony and people who seek publicity glorifying Godse are out to blame us," he said.