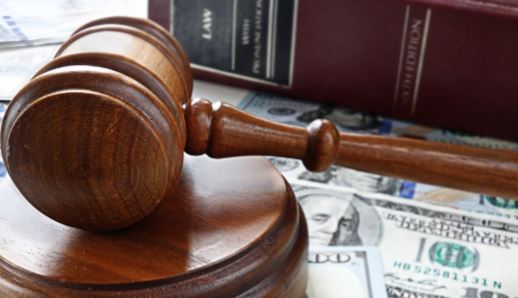 The lawyers abstained from the proceedings since the afternoon to mourn what they described as “the death of the independence of the judiciary” and threatened to intensify their protests if the purported order was not revoked. No formal resolution had been uploaded by the Supreme Court collegium till late on Thursday evening on the transfer. Neither was any statement issued denying the purported shift.

On Wednesday, the collegium reportedly held its first meeting under the new Chief Justice of India, Justice D.Y. Chandrachud, and decided to transfer three judges from various high courts for administrative reasons, sources said. Justice Kariel is said to be among the three judges picked for the transfer.

The transfer of judges need not be punitive in nature, judicial sources said. Gujarat High Court, with a sanctioned strength of 52 judges, and Patna High Court, with 53, are considered equal in stature. Protests by the Bar over a judge’s transfer are uncommon.

However, the Gujarat Bar had earlier protested when the second senior-most judge of the high court, Akhil Abdul Kureshi, was overlooked in 2018 for the post of acting chief justice of Gujarat High Court and was shifted to Bombay High Court.

On Thursday, a resolution adopted at an extraordinary general meeting of the advocates’ association at the Bar Room in Ahmedabad said: “The members of the Bar have unanimously decided to strongly oppose and show displeasure on the recommendation of the collegium of the Hon’ble Supreme Court of India on the transfer of Justice Nikhil S. Kariel, Judge, High Court of Gujarat, to Patna High Court.

“Justice Kariel is one of the finest, honest, upright and unbiased judge whose integrity and honesty is being vouched by the entire Bar in one voice. To show solidarity today, at 12 o’clock, all members of the Bar in unprecedented numbers gathered in the court of Hon’ble the Chief Justice of Gujarat High Court to mourn the death of the independence of the judiciary and to observe two minutes’ silence. It was conveyed to the Hon’ble Chief Justice in open court that the entire Bar has unanimously expressed anguish on the reports of the transfer of Hon’ble Justice Kariel. The senior members of Bar also requested that the feeling of the Bar be conveyed to Hon’ble the Chief Justice of India and other Hon’ble Judges of the collegium.”

The meeting decided that the members of the Bar would “abstain from court proceedings instantaneously...  from 2.30 PM today (Thursday) and to further have a representation sent to Hon’ble Chief Justice of India and other Judges of the collegium and other Hon’ble Judges of this court who are now presiding as Judges of Supreme Court of India to reconsider the recommendation of transfer of Hon’ble Justice Kariel”.

A five-member delegation of the Bar will meet the Chief Justice of India and request him to reconsider the transfer. The association decided to postpone the by-elections to the post of its president, which had been scheduled for Friday.

The resolution requested the chief justice of the high court to convey to other judges that “no adverse orders may be passed in the absence” of the advocates.

“The members of the Bar will protest indefinitely till the issue is resolved by the Hon’ble the Chief Justice of India and the collegium,” it added. The members of the Bar are expected to hold a protest at Gate No. 2 of Gujarat High Court on Friday. A meeting to review the situation and take further decisions will be held on Monday morning.

SC to hear plea against collegium