Advertisement
Home / India / Gujarat government has not built a hospital in 25 years, says Congress
'Not a single hospital built in last 25 years

Gujarat government has not built a hospital in 25 years, says Congress 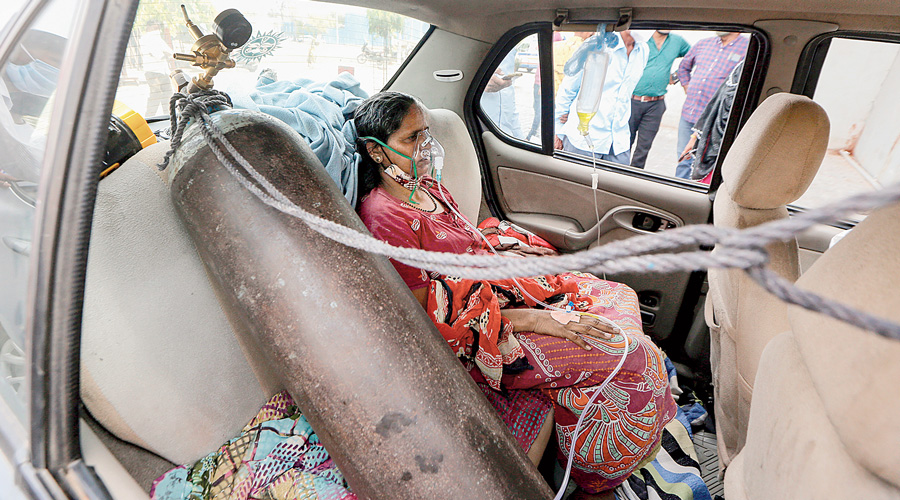 The Gujarat government has not built a single hospital in the past 25 years that the BJP has been in power in the state, the Congress said on Thursday.

“In the last 25 years (during which) the BJP has been in power (in the state), not a single hospital has been made in Gujarat. Of these 25 years, Narendra Modi was chief minister for 13 years,” he said.

“Yes, no new hospital has been built in the state. You can’t call primary health centres in the blocks and villages hospitals. All the big hospitals were built during Congress rule,” Gohil told The Telegraph.

“During the last (Gujarat) Assembly elections, the BJP promised to build an AIIMS in Rajkot. (Prime Minister) Modi laid the foundation in December 2020 but it is still under construction.”

Gohil claimed the situation was better under Congress rule.

“Gujarat had a strong health infrastructure and the Ahmedabad Civil Hospital had the biggest medical facility in Asia. We used to give 149 life-saving drugs absolutely free to patients. But Modi as chief minister (2001-14) destroyed public health as a policy to encourage private hospitals,” he said.

“Today the Covid situation in the state is unimaginably bad. Gujarat had the capacity to produce enough oxygen. We produce oxygen at the ship-breaking yard in our state. We called for production of medical oxygen there, a project which could have been readied in weeks. But people are now dying for want of oxygen. The death rate among the big cities is the highest in Gujarat.”

In a recent reply in the Assembly, the Gujarat government admitted that only 16 district hospitals in the state had CT scan machines, an instrument critical to the fight against Covid and many other serious conditions.

Only one district hospital — in a state with 33 districts —has an MRI machine, the state government added.

Last week, the Gujarat government had admitted in an affidavit before the high court that there were no beds in hospitals in seven districts amid the surge in Covid cases.

The high court questioned the state’s preparedness and handling of the crisis, as it had done last year after the initial outbreak.

Paresh Dhanani, the leader of the Opposition in the Assembly who has petitioned the high court accusing state BJP leaders of illegally stocking and distributing the life-saving drug remdesivir, said Gujarat’s “healthcare system is in tatters”.

“While the state government faced a shortage of remdesivir and oxygen, state BJP chief C.R. Patil and other leaders were selectively distributing these among the people,” he said.

“I have filed a PIL, notices have been issued and the next hearing is on May 5. The state government used to invite people with the tagline “Kuchh din toh gujaro Gujarat mein (Do spend at least a few days in Gujarat)”. Now Modi and (Union home minister) Amit Shah have no time to visit Gujarat when people are dying.”

“There’s a five to six hours’ wait before cremations; there are no beds for admission, no oxygen. The government is hiding the figures. Private hospitals are robbing patients,” he said.

Satav wondered how any sensitive Prime Minister could spend thousands of crores on vanity projects like the Centra Vista (for the redevelopment of Lutyens Delhi) and bullet trains and demanded the resources be used to save lives.

“When Modi became Prime Minister selling the Gujarat model, the people of Gujarat knew we were sending a prachar mantri (publicity minister) who will do nothing apart from false propaganda,” he said.