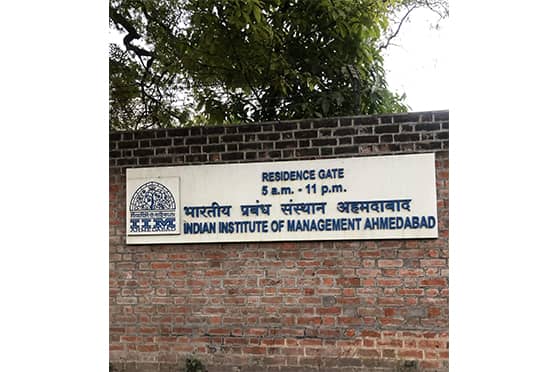 Four IIMs, however, have in a show of defiance gone ahead and formed their own search-cum-selection committees.
File Photo
Basant Kumar Mohanty   |   New Delhi   |   Published 28.09.22, 02:15 AM

The Centre is seeking a say in the selection of IIM chairpersons four years after enacting a law giving the B-schools autonomy over key appointments, prompting charges of interference and setting up a possible confrontation.

The education ministry has told the institutes it is working out a new procedure for the formation of the search-cum-selection committees involved in the appointment of chairpersons. It has asked the institutes’ boards of governors (BoGs) to extend the tenures of their chairpersons till the procedure has been finalised.

Four IIMs, however, have in a show of defiance gone ahead and formed their own search-cum-selection committees.

The IIM Act, which came into force in January 2018, and the IIM Rules notified in December the same year empower the BoGs to handle the entire process of chairperson appointment.

“A chairperson, from amongst eminent persons distinguished in the field of industry or education or science or technology or management or public administration or such other field, to be appointed by the board,” says the IIM Act.

The IIM Rules say: “There shall be a search-cum-selection committee comprising five eminent persons chosen from amongst administrators, industrialists, educationists, scientists, technocrats and management specialists to be constituted by the board by a majority decision of the members present and voting….”

According to the IIM Rules, the appointment process for a new chairperson should start three months before — and conclude 30 days before —the incumbent’s tenure ends.

IIM chairpersons have four-year tenures. The tenures of the chairpersons of the institutes at Ahmedabad, Bangalore, Calcutta, Lucknow, Kozhikode, Udaipur and Indore are to end in a few months.

But before these B-schools could set up search-cum-selection committees, higher education secretary K. Sanjay Murthy wrote to all the IIMs on June 27 saying the government wanted to formulate the procedure for the committees’ formation.

“The present tenure of chairpersons of many IIMs shall be over by this year end. The ministry is getting suggestions regarding the way such ScSCs (search-cum-selection committees) can be formed. Keeping in view the importance of the position of chairperson of IIMs in higher education ecosystem of the country, it may be beneficial to have suggestions of all the IIMs,” the letter said.

“Accordingly, it is advised that we undertake the above consultation before finalising the ScSC for chairperson. You may request the members of the BoG to send their suggestions regarding this to us.”

Murthy wrote another letter to all the IIMs on August 18, asking that the tenures of soon-to-retire chairpersons “be extended by one year or till the time the (formulation of the procedure for forming the committees) is arrived at, whichever (is) earlier”.

Several IIM board members described this as “interference”.

“The IIM Act and the Rules have given the board of governors the freedom to set up the search-cum-selection committee and carry out the appointment. There is no role for the government,” said a board member of an IIM who did not wish to be quoted.

“The government is unnecessarily interfering into the autonomy of the IIMs.”

Another board member said the objective behind granting the IIMs greater autonomy through the 2018 law was to enable them to appoint deserving people as chairpersons and directors. Government interference will defeat that purpose and dilute the B-schools’ autonomy, he said.

An email sent to Murthy seeking his reactions to the allegations of interference has not brought any answer.

The IIMs at Bangalore, Kozhikode, Udaipur and Indore have formed search-cum-selection committees despite the two letters from Murthy, sources said. They wanted to avoid violating the rules that require them to set up the committee three months before the incumbent chairperson’s tenure ends.The institutes in Ahmedabad, Calcutta and Lucknow are yet to decide their course of action.`