Some forces have asked retirees to stay at home pending a final decision, others have asked them to keep up attendance 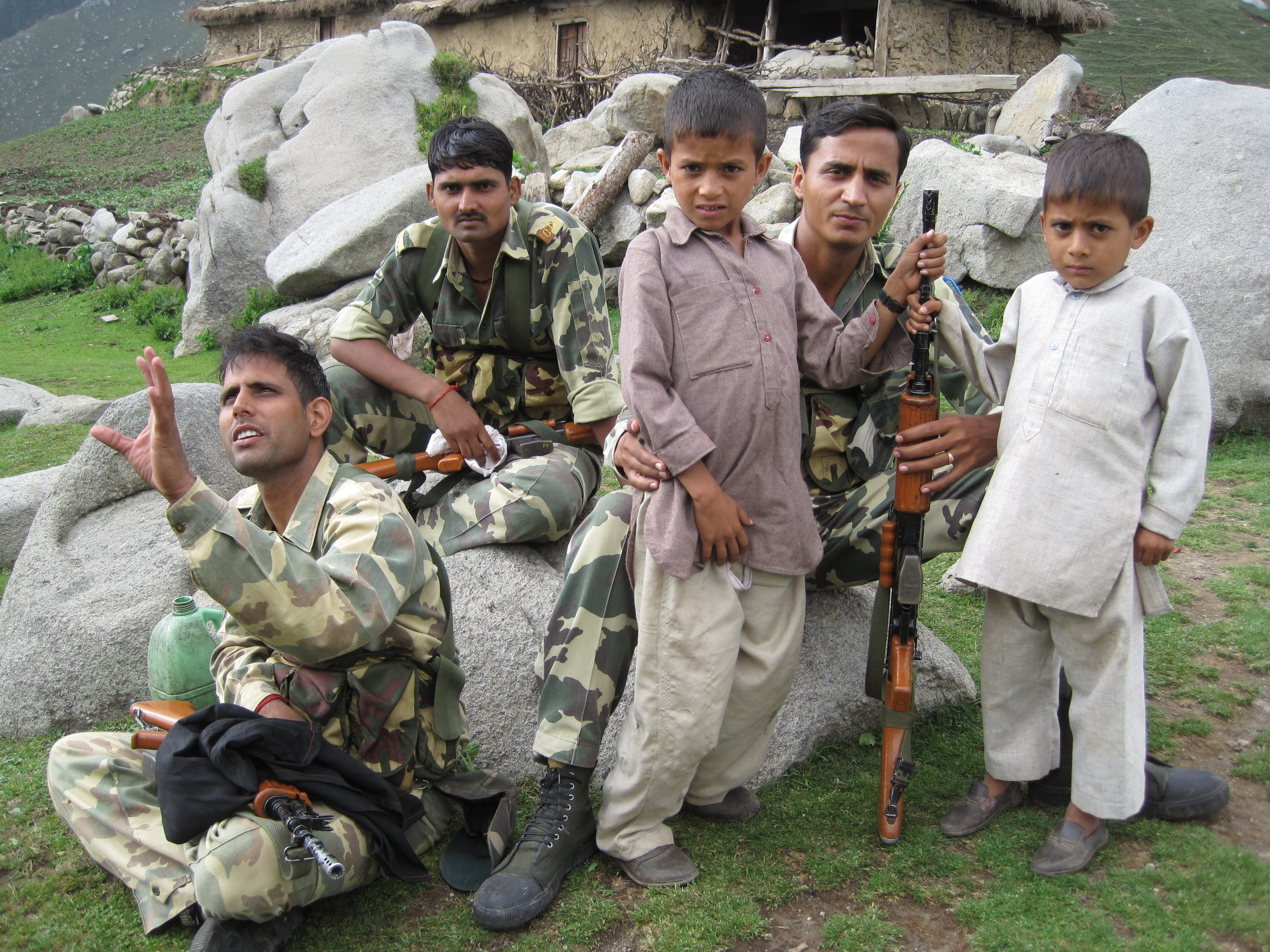 CRPF soldiers with children in Kathua District, J&K. The CRPF has been the lone dissenter of the raise in retirement age proposal, arguing that it needs to keep its age profile young, due its heavy occupation in various combat theatres within and outside the country
(Wikimedia Commons)
The Telegraph   |   New Delhi   |   Published 09.06.19, 10:53 AM

Hundreds of retirements and subsequent pension procedures for personnel of various Central Armed Police Forces (CAPFs) have been stuck since May 31 as the Ministry of Home Affairs is yet to take a final decision over fixing a benchmark superannuation age for these uniformed services.

The headquarters of the four major CAPFs -- the Central Reserve Police Force (CRPF), the Border Security Force (BSF), the Sashastra Seema Bal (SSB) and the Indo-Tibetan Border Police (ITBP), here are continuously getting messages from their field units, seeking directions on the way forward. But they are being asked to 'maintain status quo till the government takes a final decision,' multiple officials in these forces said.

A number of orders issued by these forces state that action on this front has to be kept on hold till 'a final decision by the Ministry of Home Affairs (MHA) and the Department of Personnel and Training'.

The ceremonial farewells and processing of retirement papers have been halted for hundreds of personnel from the constabulary up to the commandant level (senior superintendent of police equivalent) since May 31, the officials said.

While some forces have asked the retirees to stay at home till a final decision is taken, others have asked them to keep coming to office but refrain from doing any work, they added.

The development pertains to a January order of the Delhi High Court where it had called the current policy of a different age of superannuation in the four forces of CRPF, BSF, ITBP and SSB as 'discriminatory and unconstitutional' and said it created two classes in the uniformed forces.

According to the present policy, all personnel in the other forces under the MHA -- the Central Industrial Security Force and the Assam Rifles -- retire at the age of 60.

However, in CRPF, BSF, ITBP and SSB, the personnel from the ranks of constable to commandant retire at the age of 57, while those above them superannuate at the age of 60.

The Supreme Court on May 10 dismissed an SLP (special leave petition) filed by the Union government in which the latter had challenged the HC order, stating that such matters were in the realm of policy decisions and not for the courts to decide.

With the apex court declining to make any intervention, it was clear that the government would have to take a final decision and make uniform the retirement age in all these forces by either fixing it at 57 or 60 years, a senior official in the security establishment said on the condition of anonymity.

As the SC order came on May 10, it was expected that the ministry would take a decision at least by May end so that the retirees are not affected and no legal problems arise. But that did not happen, he added.

The new government was sworn in on May 30 and it was expected that a final decision would be taken in a week, but an order is overdue, the official said.

In the meantime, a number of officials who were retiring on May 31 approached the courts and got a stay against their superannuation, thereby increasing litigation, he said.

It is understood that senior officials in the MHA have sent in a file on the subject for final consideration of Union Home Minister Amit Shah, who took charge last week.

Whenever the final decision comes, either farewells will be accorded and pension papers prepared or administrative arrangements will be made to accommodate the manpower in case the retirement age is enhanced to 60 years, another official said.

These four CAPFs are deployed for a variety of security operations, including guarding borders, conducting anti-Maoist operations and combating terrorism in Jammu and Kashmir.

The Delhi High Court bench of Justice Sanjeev Narula had struck down the existing rules in its January order, saying such discrimination would lead to 'lowering of the morale' of the CAPF personnel.

The court had asked the government to implement its order in four months time, but the government went into appeals even as the general elections in the country kicked in in March.

The court had also noted that the Seventh Central Pay Commission, which had examined the issue, by a majority of 2:1, had favoured enhancement of the retirement age of commandants and below ranks in the four forces, on the lines of the other two.

After the conclusion of a series of meetings on the subject over the last few months, these forces had recommended to the government that 'in case retirement age is raised to 60 years, it may be explored if a system is put in place to make yearly assessment to weed out those who are not fit to continue in the force consistent with its objective.'

The CRPF, thickly deployed in operations in the Left Wing Extremism affected states and in the counter-terrorism grid in the Kashmir Valley, has been the lone dissenter of the proposal. CRPF argued that it requires to keep its age profile young, keeping in mind its heavy occupation in various combat theatres within and outside the country.