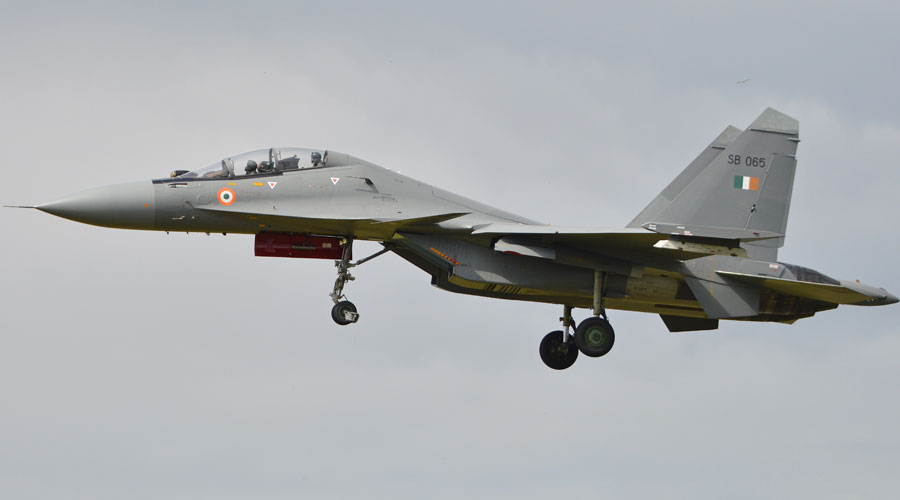 In the midst of India's tense border standoff with China, the defence ministry on Thursday approved procurement of 33 frontline fighter jets, a number of missile systems and other military hardware at a cost of Rs 38,900 crore to bolster the combat capability of the armed forces, officials said.

They said 21 MiG-29 fighter jets will be procured from Russia while 12 Su-30 MKI aircraft will be bought from State-run aerospace behemoth Hindustan Aeronautics Ltd (HAL). A separate proposal to upgrade existing 59 MiG-29 aircraft has also been approved.

The ministry has also approved procurement of 248 ASTRA beyond visual range (BVR) air-to-air missile systems. The missile is designed to engage and destroy highly manoeuvring supersonic aircraft and has all weather day and night capability, the officials said.

The decisions were taken at a meeting of the Defence Acquisition Council (DAC) chaired by Defence Minister Rajnath Singh. The DAC is the highest decision-making body of the defence ministry on procurement.

In a press release, the ministry referred to the "current situation and the need to strengthen the armed forces for the defence of our borders" while talking about the decisions of the DAC.

The Indian and Chinese armies are locked in a bitter standoff in multiple locations in eastern Ladakh for the last seven weeks. The tension escalated manifold after 20 Indian soldiers were killed in a violent clash in Galwan Valley on June 15. The Chinese side also suffered casualties but it is yet to give out the details.

The proposals approved by the DAC also included procurement of Pinaka ammunition, software defined radios for the Army and BMP armament upgrades.

The procurement of 21 MiG-29 and upgrade of the existing fleet of MiG-29 is estimated to cost the government Rs 7,418 crore while purchase of 12 new Su-30 MKI from HAL will be made at a cost of Rs 10,730 crore, the officials said.

In the statement, the ministry said capital procurement worth around Rs 38,900 crore was approved by the DAC.

"Focused on indigenous design and development, these approvals include acquisitions from Indian Industry worth Rs 31,130 crore. The equipment are to be manufactured in India involving Indian defence industry with participation of several MSMEs as prime tier vendors," it said.

It said the cost of these design and development proposals is in the range of Rs 20, 400 crore.

"While acquisition of Pinaka missile systems will enable raising additional regiments over and above the ones already inducted, addition of long range land attack missile systems having a firing range of 1000 KM to the existing arsenal will bolster the attack capabilities of the Indian Navy and the Indian Air Force," the ministry said.

"Similarly induction of Astra Missiles having beyond visual range capability will serve as a force multiplier and immensely add to the strike capability of the Indian Navy and the Indian Air Force," it said.