The National Testing Agency, which is conducting the test on behalf of the UGC, asked the students to write if they had problems with new dates 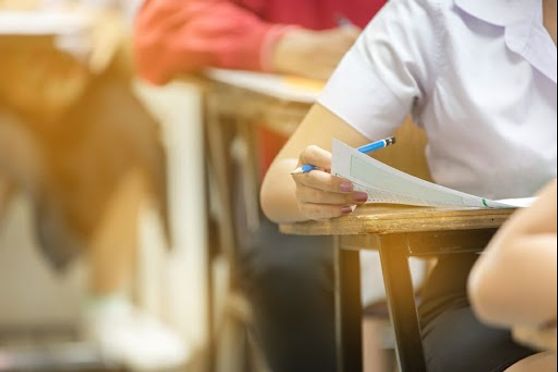 The already delayed Common University Entrance Test for undergraduate courses (CUET-UG) has been extended by another eight days to accommodate those prevented from appearing in some of their papers by the serial computer glitches that have marred the exam.

The first ever national-level entrance exam for general courses, whose results will help determine admissions to the central universities this year, will now conclude on August 28 instead of August 20.

The National Testing Agency (NTA), which is conducting the test on behalf of the University Grants Commission, had earlier said that those whose tests were cancelled because of technical glitches at their centres would get alternative dates between August 12 and 14. It had asked the students to write if they had problems with these dates.

had written to the NTA asking that their dates be scheduled after August 14. They will be allowed to take the tests between August 24 and 28, he wrote.

The CUET is being conducted in three phases, with a series of papers in each phase. Technical glitches hit the exam on its first day, July 15, when it was cancelled at 11 centres, with the affected candidates allotted alternative centres at the last moment. However, amid the confusion, many of the students failed to make it to the alternative centres in time.

“Many candidates have approached the NTA requesting not to schedule their examination between 12 to 14 August as series of festivals are falling during this period,” UGC chairman Kumar tweeted.

“Also many candidates had requested for date/city change of CUET (UG) – 2022 examination after 10 August 2022 onwards as the cities allotted to them in Phase II were not suitable to them.

“Considering the above requests, it has been decided that in place of 12 to 14 August, the CUET-UG examination for all these candidates will now be conducted between 24 to 28 August 2022 and fresh admit cards will be issued well before the date of examination.”

The second phase is being held from August 4 to 10. A clarification could not be obtained from Kumar, but it seems that those unhappy with the location of their centres will be allowed to take the Phase III tests — slated for August 17, 18 and 20 — at more convenient centres between August 24 and 28.

The NTA has issued a notice saying: “The grievances of candidates regarding subject combination, medium, question paper, etc. (if any) can be sent to cuetgrievance@nta.ac.in.

The NTA notice said: “Candidates must mention their Application Number while sending their grievance. The grievances will be addressed and examination for such candidates, if required, will also be conducted after 20 August 2022.”

The CUET was originally supposed to be over in July but was rescheduled till August 20. Abha Dev Habib, an academic whose son is appearing in the CUET, said the extension till August 28 would end up further delaying admissions to central universities.

“The private universities have already completed their admissions and will start the first semester this month. Students of central universities will have less time to study the (first-semester) course,” Habib said.

She said the repeated glitches had raised questions about the sanctity of the exam.

The NTA said it had found that some of the centres had failed to comply with its protocols. Any incidence of “non compliance/ sabotage/ ignorance” will bring strict action, it added, without specifying the nature of the non-compliance or sabotage.

NTA director-general Vineet Joshi had last month said that technical glitches and changes of centre were unavoidable with computer-based tests.

“We conduct a mock test a day before a test. If there is any technical glitch, like if the question paper does not load or if there is any server issue, we try to rectify it. If the problem is not fixed, we cancel the centre,” Joshi said. He said that sometimes, the computers do not work during the exam despite working well in the mock test. In such instances, the NTA tries to rectify the problem immediately and compensates the students by giving them some extra time. If the problem is big, the students are allowed to take the test afresh on another date.