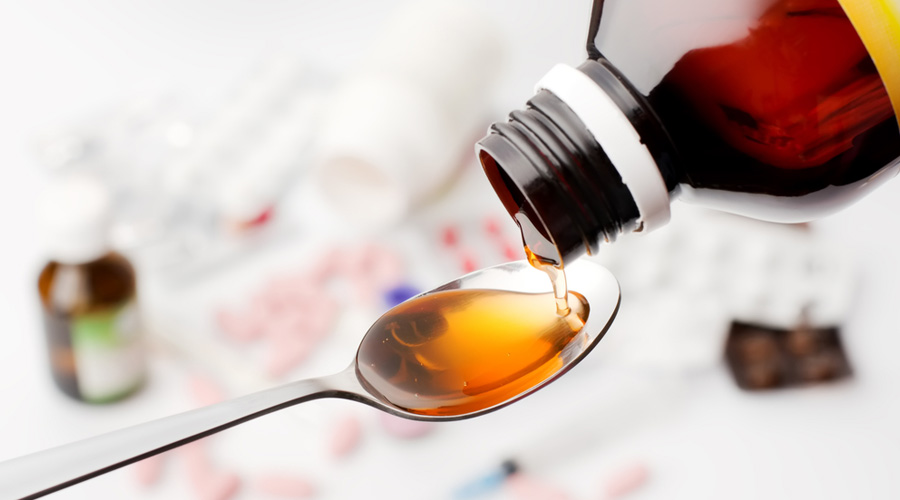 The Union health ministry on Thursday said the four paediatric cough syrups, produced by Maiden Pharmaceuticals and linked by the WHO to the deaths of 66 children in The Gambia, were “not licensed for manufacture and sale in India”.
Representational picture
G.S. Mudur   |   New Delhi   |   Published 07.10.22, 01:52 AM

Several Indian states had for over a decade flagged quality concerns about drugs produced by a Haryana-based company whose allegedly contaminated cough syrups have been linked by the World Health Organisation to child deaths in a West African country.

The Union health ministry on Thursday said the four paediatric cough syrups, produced by Maiden Pharmaceuticals and linked by the WHO to the deaths of 66 children in The Gambia, were “not licensed for manufacture and sale in India”.

“The company has manufactured and exported these products only to Gambia… none of these four drugs is sold domestically in India,” the ministry said in a statement.

But some pharmaceutical and regulatory experts asked how Indian authorities had allowed exports by a company whose products have been flagged over quality issues by regulators in Bihar, Gujarat, Jammu and Kashmir, and Kerala as well as the national regulator.

No one from Maiden Pharmaceuticals was immediately available to respond to queries from The Telegraph. Phone calls to a contact telephone number on the company’s website were not answered.

Some experts say the discovery of the allegedly contaminated paediatric syrups puts a question mark on the national and state drug regulators’ ability or willingness to ensure that only quality-assured medicines emerge from manufacturers.

The WHO had issued a global alert on Wednesday saying lab analysis on samples of each of the four products had confirmed that they contained unacceptable amounts of diethylene glycol and ethylene glycol as contaminants. The toxic effects of these chemicals include abdominal pain, vomiting, inability to pass urine, and acute kidney injury that may lead to death.

“The state drug controller had given licences to the company only for export of these four drugs,” the health ministry said.

A Central Drugs Standard Control Organisation (CDSCO) official, responding through the health ministry, told this newspaper that “manufacturing licence for export purposes is given by state only”.

Independent experts said they were puzzled by the health ministry’s statement. Under national drug laws, they said, state regulators can only grant manufacturing licences to companies after the CDSCO has granted them marketing licences for specific products. They added that the CDSCO alone approves exports.

“What does this (health ministry) statement even mean?” said T. Prashant Reddy, an intellectual property lawyer who has been tracking drug regulatory issues in the country for several years.

Once a company has a manufacturing licence, if it wants to export, it would need a COPP (certificate of pharmaceutical product) from the CDSCO, he tweeted on Thursday.

Dinesh Thakur, a public health activist who has long been campaigning for changes to India’s drug regulatory system, said the health ministry statement appeared crafted to create an impression that the CDSCO had no role in approving the four products.

“Exports are under the remit of the CDSCO,” Thakur told this newspaper.

A query sent by this newspaper to the health ministry seeking the CDSCO’s response to the statements by Reddy and Thakur has not evoked any response.

Thakur on Thursday tweeted links to documents showing that Maiden Pharmaceuticals had got into trouble over drug quality issues with the national regulator in 2018, and with state regulators in Gujarat in 2021, Jammu and Kashmir in 2020, Kerala in 2017, and Bihar in 2011.

Maiden Pharmaceuticals was also among 46 companies “blacklisted” by Vietnam’s drug regulatory agency between 2011 and 2013 for quality violations.

The Indian consul-general in Vietnam, Deepak Mittal, had on December 24, 2013, written to the Union health ministry urging “necessary background checks” on these companies. He had advocated that “steps be initiated to penalise them for bringing bad name to Indian pharma industries abroad”.