Advertisement
Home / India / From Srinagar airport, a peek at clampdown

From Srinagar airport, a peek at clampdown

The activists demanded that elections to the Assembly, pending for 14 months, be held before the block development council polls — scheduled for October 24 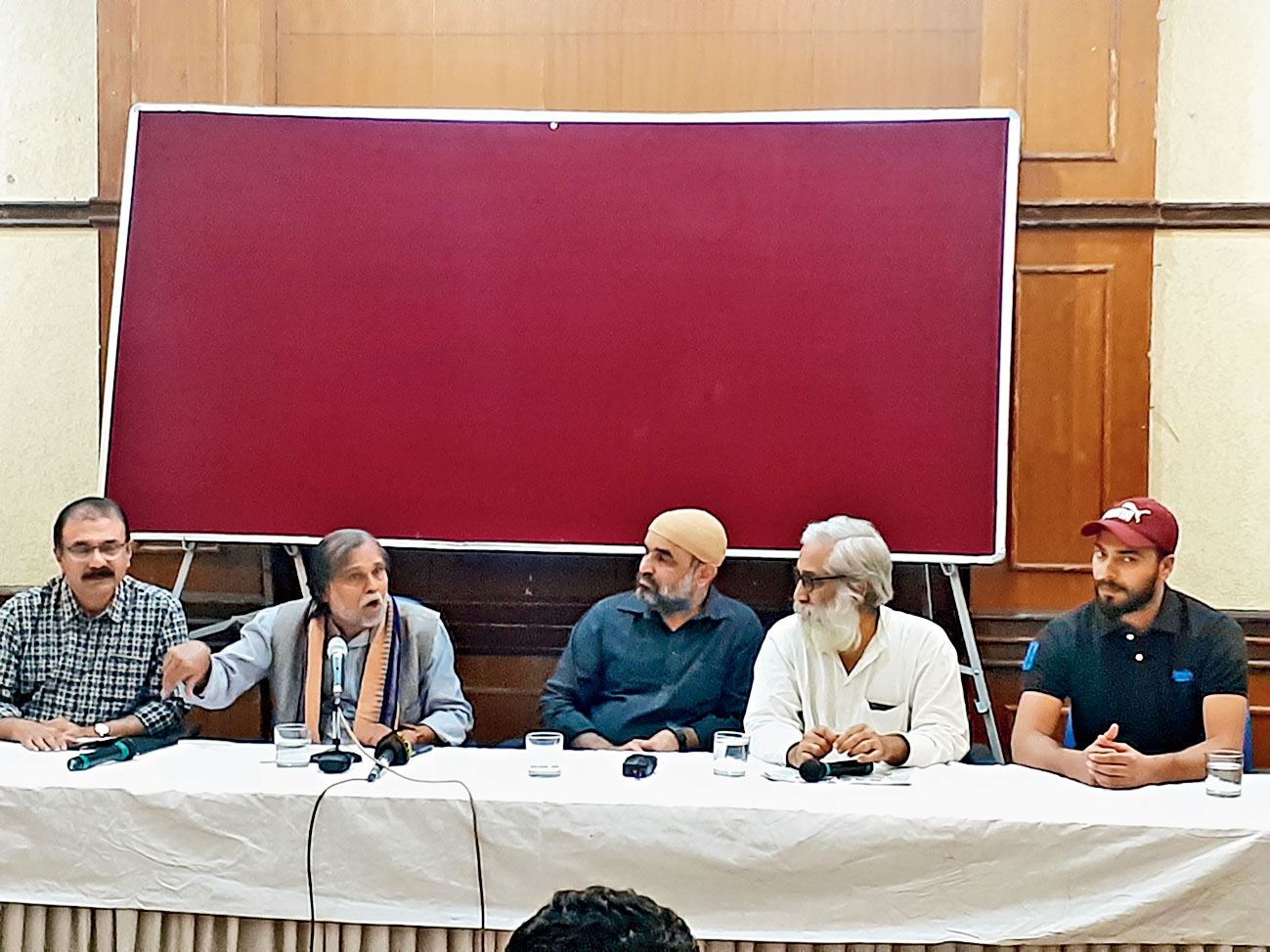 Five Gandhians who were sent back to Delhi after landing in Srinagar on Friday ended up learning more about the Kafkaesque situation in Jammu and Kashmir than many TV channels with crews in the state have reported.

Their sources: the officers who prevented their entry, and a four-page edition of Brighter Kashmir, given for free at the airport.

The team from the National Alliance of People’s Movements included Lucknow’s Ramon Magsaysay awardee Sandeep Pandey, Odisha’s Prafulla Samantara who won the Goldman Prize for his struggle against indiscriminate mining in the Niyamgiri Hills, Delhi’s Faisal Khan and Mohammed Javed, and Kerala’s Musthafa Mohamed of the Khudai Khidmatgar group that works for communal harmony.

They had planned to meet friends and fellow activists whom they have had minimum communication with after the lockdown that followed the scrapping of Jammu and Kashmir’s special status on August 5.

Pandey was held by the police thrice in August, before protests on the Kashmir issue and a communal harmony meeting in Ayodhya. On landing in Srinagar, he, Samantara and Khan were handed copies of an order by Budgam’s district magistrate to prevent their movement “beyond the arrival lounge of Srinagar International Airport” on suspicion that they would “organise protests”.

Although no order was given for the other two, the police at the spot told them they would be arrested under prohibitory orders — Section 144 of the Criminal Procedure Code — which is in force in the Kashmir Valley. The airport is in Budgam district.

“The officer present there said that even Jammu and Kashmir Administrative Service officers were subject to searches by security forces…. This officer wondered why we weren’t stopped in Delhi itself, instead of making us return from Srinagar for which tickets are paid for from the public exchequer,” Pandey said.

He added: “They asked me where my wife Arundhati Dhuru was? I said she had no plan to come to Srinagar and wasn’t part of this delegation. I asked how did they decide on whom to send back as the curfew is not officially in force and other fact-finding teams have visited the state after August 5. They said passengers’ lists of inbound flights were scanned and anyone they thought could affect law and order was sent back.

“In that case, why did they ask about my wife who never booked a ticket?”

The team landed around 7.30am, and were restrained in the VIP lounge until departure flights could be arranged. They were sent back on two separate commercial flights —filled with soldiers returning home for the Puja — between 4 and 4.30pm. Khan’s request to offer namaz at a mosque inside the airport premises was denied. However, all the activists insist they were treated courteously.

“A friend of the Khudai Khidmatgar who had come to receive us waited outside from 7am to 3pm. We wanted to at least meet him before we left. The officer told us that he could meet us, ‘par usko jitna pareshaani hogi, aap soch nahi sakte (but you can’t imagine how he will be harassed later)’,” Khan said.

“We asked the policemen how things were outside. They said ‘can you not imagine how the situation is by the fact that you are not being allowed outside”? The officer said that even if we got permission from the home ministry, or the high court, we should not go out as there are protests today (after Friday prayers in mosques),” Pandey added.

“The only newspaper available at the airport was Brighter Kashmir,” said Pandey, who asked the officers how this paper was able to publish when others like Greater Kashmir were unable to print in the Valley because of the restrictions.

“They said the eight-page paper was checked by publication officers of the government.… Even the censored paper had front-page news of empty school classrooms, as parents are too scared to send children, and there is no public transport. Another news item on the front page is that the railways have suffered a loss of Rs 2 crore because of the shutdown for more than 60 days. An officer told us that most private companies are winding up,” he added.

The activists demanded that elections to the Assembly, pending for 14 months, be held before the block development council polls — scheduled for October 24. Panchayats are a state subject, and the government tweaked the rules to transfer powers to announce the dates from the chief electoral officer to the government.

“The government has discredited the parties there as if Kashmir is the only place with corruption by political dynasties. With leaders of all parties except the BJP in jail, we think the BJP’s game plan is to take control of the local bodies. Every activist we know there, except one RTI activist, is currently in detention,” Pandey said.

Following the lead of St. Stephen’s College in Delhi, students of Hindu College on Saturday have started sending postcards to Prime Minister Narendra Modi to revoke the restrictions and restore communications in Kashmir.