Advertisement
Home / India / 'Friendship' with the BJP 'intact' despite a divorce: Sanjay Raut

'Friendship' with the BJP 'intact' despite a divorce: Sanjay Raut

His remarks came a day after BJP leader and former chief minister Devendra Fadnavis said his party and the Shiv Sena, a former ally, were 'not enemies' 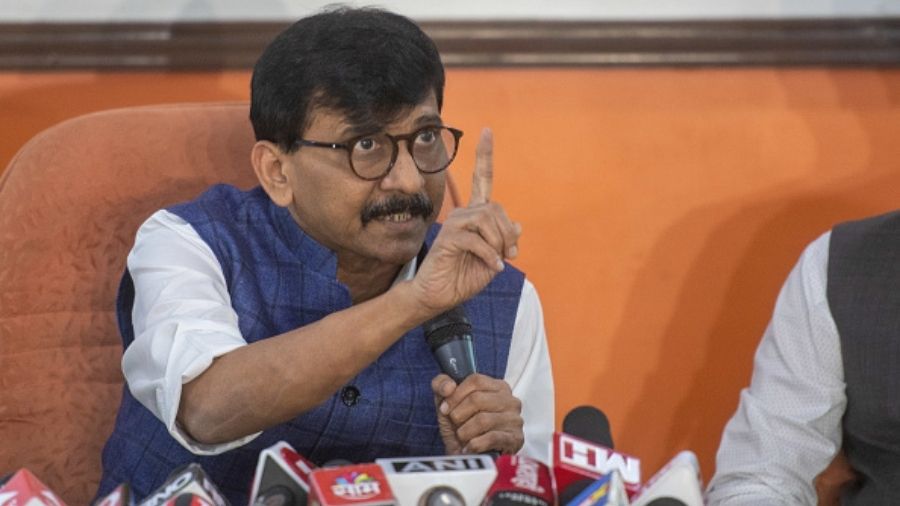 Shiv Sena spokesperson Sanjay Raut on Monday said their “friendship” with the BJP was “intact” despite a divorce, signalling a thaw that is being seen as the result of a determined effort by the BJP to destabilise the Opposition alliance government in Maharashtra.

Raut’s remarks came a day after BJP leader and former chief minister Devendra Fadnavis said his party and the Shiv Sena, a former ally, were “not enemies”.

The BJP has been trying to pull down the Opposition government in Maharashtra since ally Shiv Sena broke away and joined the NCP-Congress to form the government in the key state after the polls in November 2019.

The earlier efforts were focussed on splitting the parties in the alliance and also driving a wedge between the partners in power, but the latest move appears to be centred on weaning away Shiv Sena chief Uddhav Thackeray by offering the chief minister’s chair to him, according to sources.

“We are not like India-Pakistan. Look at Aamir Khan and Kiran Rao. It is like them. Our (Sena, BJP) political ways are different but the friendship will remain intact,” Sena leader Raut said on Monday.

This was in response to Fadnavis’s statement a day earlier. “We were never enemies...,” Fadnavis said when asked whether the two former allies were coming together. “There are no ifs and buts in politics. Decisions are taken as per the prevailing situation,” he added.

The latest move to gain power in Maharashtra is believed to have been initiated by Prime Minister Narendra Modi when he had a one-on-one meeting with Uddhav in Delhi last month.

The meeting came in the backdrop of strains in the three-party ruling alliance. After the meeting, the Sena fuelled speculation by talking about “deep personal relations” between Modi and Uddhav.

Many saw the Sena’s dalliance with the BJP as a tool to leverage its dominance in the ruling alliance. However, internally, BJP leaders indicated towards a serious effort to win back its old partner.

Not much information has trickled down as the effort is believed to be led by the Prime Minister, but many in the party aver that the expansion of the Modi cabinet has been held up to accommodate the Shiv Sena if a deal is finalised.

In the Modi-led move, sources said, the BJP is also ready to sacrifice the chief minister’s chair, baring the desperation to dislodge the Opposition government in Maharashtra. Though some key party leaders denied such an offer, but speculation is refusing to die down.

The Shiv Sena, which fought the November 2019 polls in alliance with the BJP, had claimed the chief minister’s chair and had snapped ties after it was denied.

The BJP has not been able to come to terms with its failure to gain power in a state such as Maharashtra despite winning the polls in alliance with the Sena.

Apart from capturing power, which remains the primary motive, party insiders said the effort was to get back the Sena, a natural ally.

“The Shiv Sena and the BJP’s ideology is the same. We are natural partners,” one BJP leader said, adding that sooner or later the Sena will break out and align with the BJP.