The French Air and Space Force is carrying out a major long-range mission in the Indo-Pacific, code-named Pegase 22, from August 10 to September 18 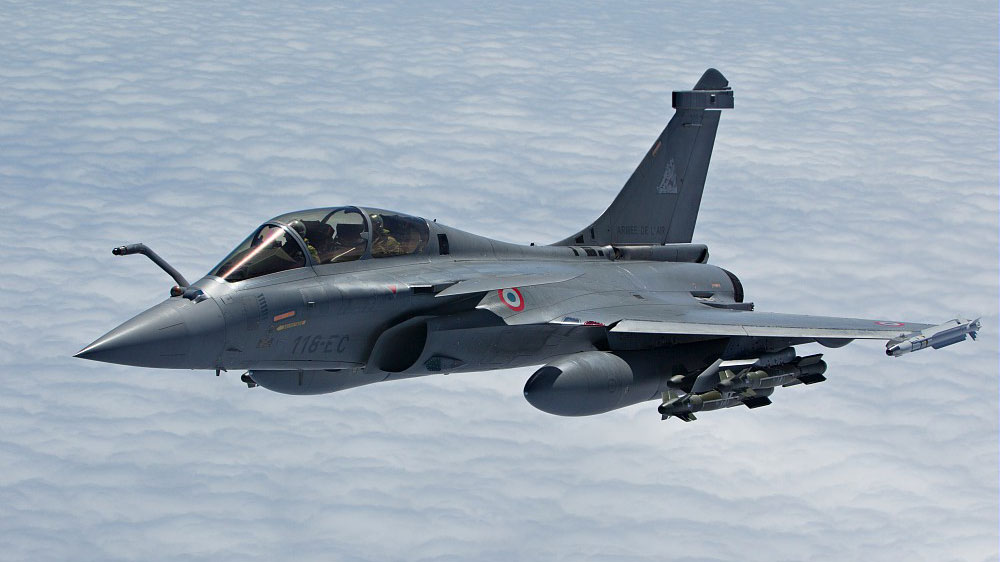 A French Air and Space Force contingent, including three Rafale jets, made a strategically crucial stopover at the IAF's Sulur base in Tamil Nadu as part of a mega military operation it carried out in the Pacific Ocean.

The support provided by the Indian Air Force to the French force reflected the implementation of the reciprocal logistics support agreement signed by France and India in 2018 to boost military cooperation.

A French readout said on Thursday that the cooperation with the Indian Air Force demonstrated a high level of mutual trust and interoperability between the two sides.

It said the French contingent was hosted for a technical stopover at Air Force Station Sulur on August 10 and 11 during a long-distance deployment from metropolitan France to the Pacific Ocean.

The French Air and Space Force is carrying out a major long-range mission in the Indo-Pacific, code-named Pegase 22, from August 10 to September 18.

"The first stage of this mission aims to demonstrate France's capacity for long-distance air power projection by deploying an Air Force contingent from metropolitan France to the French territory of New Caledonia in the Pacific Ocean in less than 72 hours (10th-12th August)," the statement said.

"To achieve this unprecedented 16,600-km deployment, the Air Force contingent made a technical stopover in India, at Air Force Station Sulur," it said.

"Landing at Air Force Station Sulur on August 10th evening, it flew out in the early hours of 11th August after refuelling, en route to New Caledonia," the readout noted.

"The operation demonstrated a high level of mutual trust and interoperability between the French and Indian Air Forces, which has been further boosted by the fact that both Air Forces now fly Rafale jets," it said.

The readout mentioned the cooperation between the two air forces illustrated the "concrete" implementation of the reciprocal logistics support agreement.

"France is a resident power of the Indo-Pacific, and this ambitious long-distance air power projection demonstrates our commitment to the region and our partners," French Ambassador Emmanuel Lenain said, lauding the IAF's role in the successful operation.

He said it is only natural that to carry out this mission, France relied on India, and described it as France's "foremost strategic partner in Asia".

In the following stages of Mission Pegase 22, the French Air Force contingent will take part in the "Pitch Black" air exercise taking place in Australia from August 17 to September 10.

The Indian Air Force will also participate in this multilateral drill, along with Australia, Japan, the US, Germany, Indonesia, Singapore, the UK, and South Korea.

Mission Pegase 22 is a powerful demonstration of France's capacity for quick deployment in the Indo-Pacific.

"The mission is also proof that the security situation in Europe has not diminished the French and European commitment in the Indo-Pacific. In this respect, it also aims to strengthen ties with key strategic partners," the French readout said.