Advertisement
Home / India / Free after 23 years, at an unfamiliar home

Free after 23 years, at an unfamiliar home

Latif Ahmad Waja is back home, acquitted after 23 long years in prison in a terror case 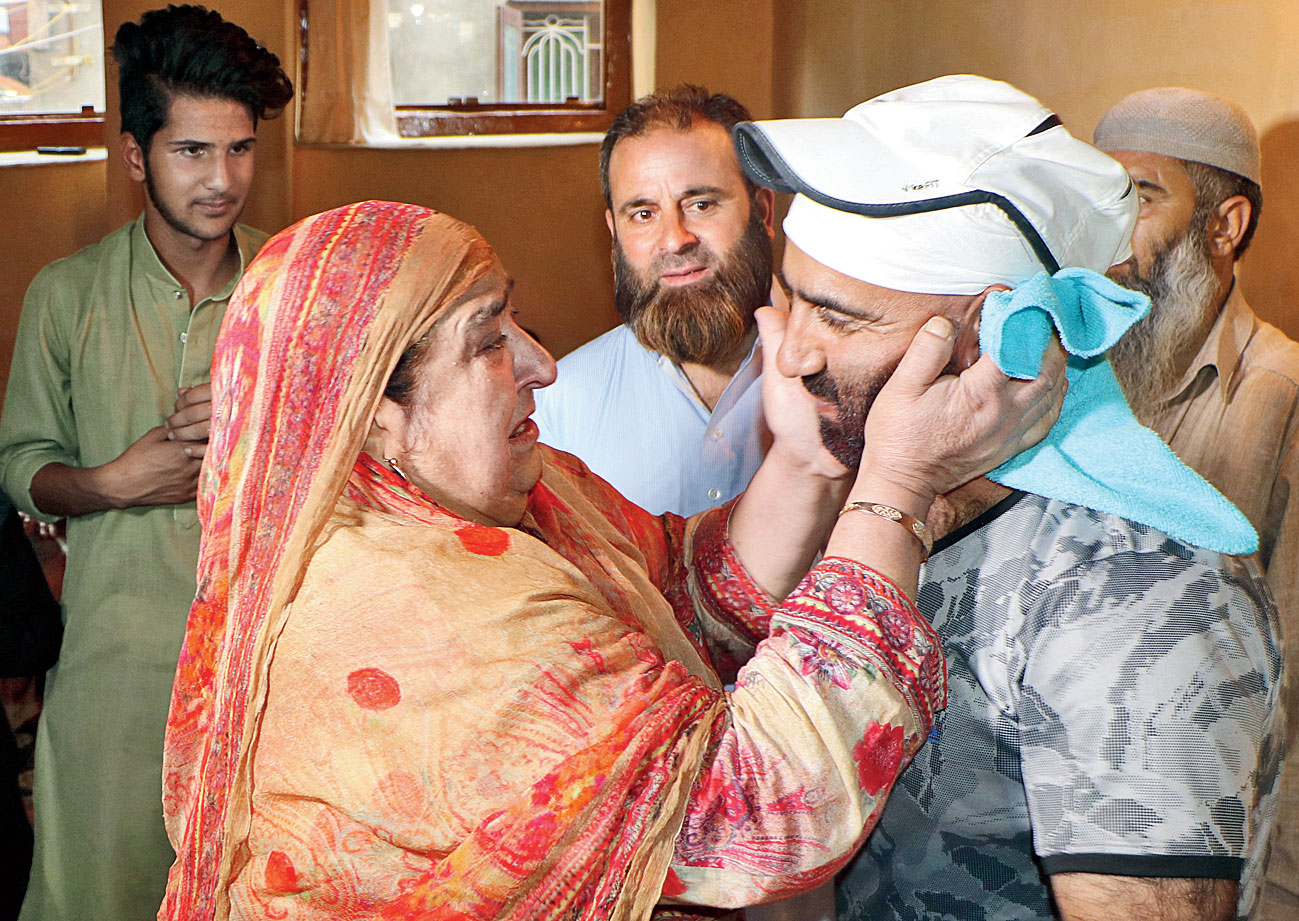 Latif Ahmad Waja is back home, acquitted after 23 long years in prison in a terror case, but his mood is funereal amid the celebrations around him.

“Most of the faces I grew up with are not around. My grandparents, my father, my uncles are no more,” the 42-year-old Srinagar resident told The Telegraph at a home he had left as a teenager.

“I learnt about their deaths long ago but it feels as though they have died again,” he added, before voicing worries about how to earn a livelihood.

Latif is among six men, five of them Kashmiris, whom Rajasthan High Court acquitted on Monday in a case relating to the May 22, 1996, Samleti bus blast in Rajasthan that killed 14 people and injured 37.

Javed Khan, the fifth Kashmiri freed in the case, is serving a life term in connection with the May 21, 1996, blast in Delhi’s Lajpat Nagar market that killed 13. He has challenged his high court conviction in the Supreme Court.

If the passage of years and the void left by the dead have turned his home somewhat unfamiliar to Latif, so have the “new faces I don’t recognise”.

“My family tells me they are my nephews and nieces, the children of my only sister and many cousins. I am seeing them for the first time in my life,” he said.

Their hugs and shrieks of joy can’t take Latif’s mind off the challenges ahead.

“My life has been destroyed. I don’t know what to do next, how to make a fresh beginning. My family has spent a fortune to secure my freedom, and I don’t want to be a burden on them any more,” he said.

“I have been asking my freed jail mates, too, what we should do. We have no money to start a business.”

A 19-year-old Latif had just started his handicrafts business in Delhi and Nepal when he was arrested in Kathmandu along with Nissar in 1996.

His father Ghulam Ahamd, a small-time businessman, waged a lone battle to free his “innocent” son. One day in 2006, returning from a visit to the Jaipur jail to see his son, he suffered a massive heart attack and died.

“The burden of freeing my brother fell on my shoulders,” Latif’s younger brother Tariq Ahmad said.

“I was just 19. Within a few years, my grandfathers and uncles also passed away. I devoted my life to the cause of freeing my brother, forgetting my dream of becoming a dentist. I chose not to marry lest it distract me from the case.”

Tariq runs a dentistry clinic that helps him sustain his family and allowed him to pursue the case.

On Monday, Rajasthan High Court said the prosecution had failed to prove the conspiracy charges against six of the accused or to establish a link between them and prime accused Abdul Hameed, whose death sentence was upheld.

Before being arrested, Bhat had a carpet business, Nissar was a Class IX student, and Goni used to run a

Nissar, who lives in Latif’s neighbourhood of Shamswari, said he was only 16 when he was arrested but the police showed his age as 19.

“We had lost hope in the system but not in Almighty Allah. He helped us and today we are back home.”

Delhi High Court had acquitted Nissar in the Lajpat Nagar case in 2012, and this newspaper had reported how his family was hoping he would return soon. They have had to wait seven more years.

Nissar’s elder brother Mirza Iktikhar, also an accused in the Lajpat Nagar case, was acquitted in 2010 after 14 years in jail.