Overall, India has just under 2.5 million annual deaths, which is 30.7 per cent of the total deaths in the country 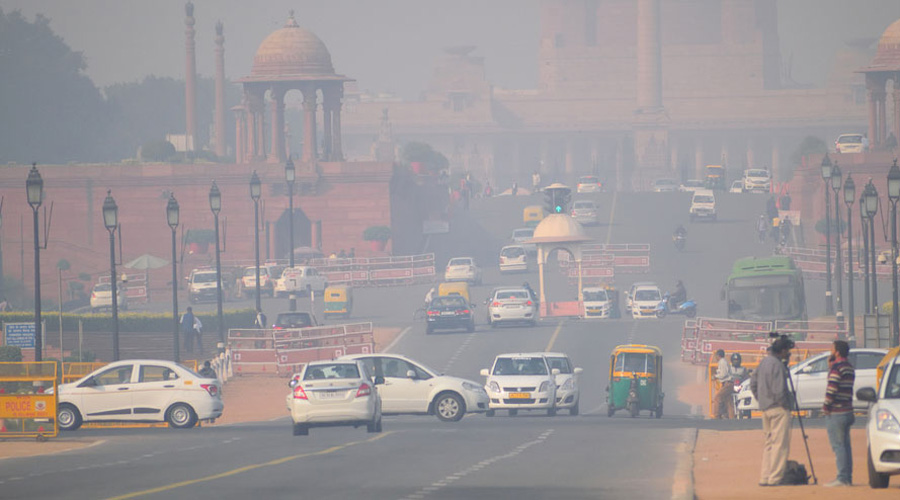 A study carried out by scientists of Harvard University and other institutions has found that air pollution from fossil fuel use is responsible for nearly 9 million global deaths, “significantly higher than what previous research had suggested”, with China and India topping the list.

In India, Bengal had the third highest number of fossil fuel pollution-driven annual deaths in 2018, at 2.8 lakh, after Uttar Pradesh and Bihar. Overall, India has just under 2.5 million annual deaths, which is 30.7 per cent of the total deaths in the country.

The study — “Global mortality from outdoor fine particle pollution generated by fossil fuel combustion: Results from GEOS-Chem”, published on Tuesday in the journal Environmental Research — has found that almost one in every five global deaths can be attributed to fossil fuel pollution.

The University of Birmingham, the University of Leicester and University College London have collaborated with Harvard in the research, which has pegged the fatality number “significantly higher than previous research suggested (as) the study greatly increases estimates of the numbers killed by air pollution”.

“We have considered only 2018 data from the 14-plus age group as they are mostly exposed to outdoor pollution,” Karn Vohra, one of the authors, told The Telegraph over phone from the UK.

“The most recent Global Burden of Disease Study, the largest and most comprehensive study on the causes of global mortality, put the total number of global deaths from all outdoor airborne particulate matter — including dust and smoke from wildfires and agricultural burns — at 4.2 million,” Vohra said. The Harvard study has pegged the number at 8.7 million.

According to the GEOS-Chem researchers, previous researches have relied on satellite and surface observations to estimate the levels of PM2.5, the ultra-fine and most toxic pollutant. However, those studies could not differentiate between particles from fossil fuel emission and those from dust, wildfire smoke and other sources, and also gave generalised data based on averages.

In contrast the latest study turned to GEOS-Chem, a global 3D model, to estimate the health impact of particulate matter. The results have been validated against surface, aircraft and space-based observations around the world.

“GEOS-Chem has high spatial resolution, meaning the researchers could divide the globe into a grid with boxes as small as 50km x 60km and look at pollution levels in each box individually,” explained Loretta J. Mickley, senior research fellow at Harvard and co-author of the study.

Vohra said: “Rather than rely on averages spread across large regions, we wanted to map where the pollution is and where people live, so we could know more exactly what people are breathing.”

Out of breath: air pollution in India