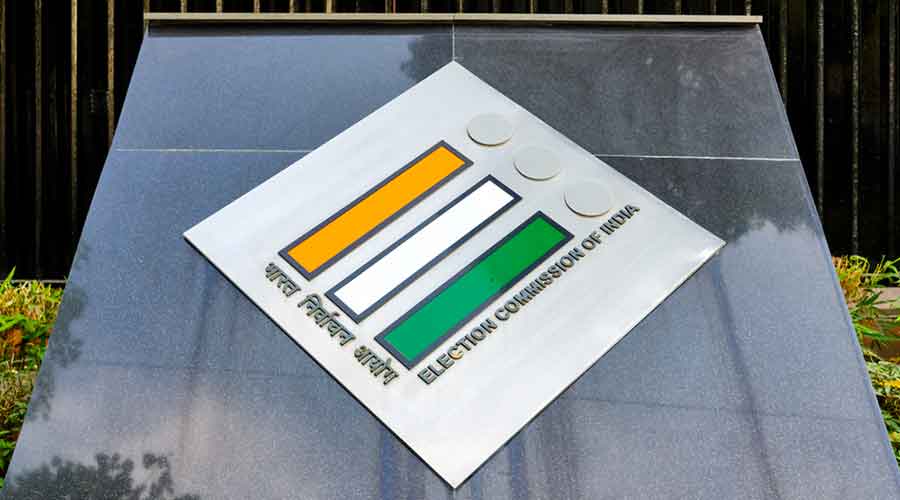 The Election Commission’s November 27 letter told the Centre that a mere change in the Conduct of Election Rules, 1971, would be enough to extend the Electronically Transferable Postal Ballot System (ETPBS) to NRIs.
File picture
Pheroze L. Vincent   |   New Delhi   |   Published 05.12.20, 03:56 AM

The Election Commission has written to the Union law ministry to extend the postal ballot facility to non-resident Indian voters, and the foreign ministry has indicated its readiness to implement the proposal whenever it’s cleared.

Two former chief election commissioners, however, told The Telegraph there were several in-principle and practical challenges, from speed of postal delivery, embassy manpower and possible influence by foreign employers to enforcement of the code of conduct and parity with internal migrants.

Online registration for overseas voters — which allows them to vote in their home constituencies in India even if they ordinarily live abroad — began in 2012.

Of the 25,606 overseas voters who came home to vote in the 2019 Lok Sabha polls, 25,091 were from Kerala, with Kozhikode and Malappuram districts leading the way.

A bill to amend the Representation of the People Act and allow NRIs to nominate proxies to cast their votes lapsed in 2019. However, the Election Commission’s November 27 letter told the Centre that a mere change in the Conduct of Election Rules, 1971, would be enough to extend the Electronically Transferable Postal Ballot System (ETPBS) to NRIs.

It said an amendment to the act was necessary only to extend the right of proxy voting to new categories of people like NRIs.

In the letter, the poll panel said it had received several requests for postal voting rights from Indians abroad, and was “technically and administratively” ready to implement the system during the upcoming Assembly polls in Assam, Bengal, Tamil Nadu, Puducherry and Kerala.

“With the successful execution of ETPBS in case of service voters, the commission is now confident that the said facility can also be extended to the overseas electors,” the letter said.

The required changes to the rules include designating a diplomatic or consular representative as an officer in whose presence an NRI voter would sign a declaration form and receive the postal ballot paper.

Under the ETPBS, the designated officer can download the form only once from an Election Commission portal for a particular voter, using a one-time password received by the voter. The voter then fills in the form in private, puts the ballot paper inside a small envelope and seals it. This is then put inside a larger, bar-coded envelope and sent by speed post.

Asked whether the ministry of external affairs (MEA) was ready to carry out the poll panel proposal, ministry spokesperson Anurag Srivastava said at a news conference on Thursday: “Whenever a decision is taken on EC’s proposal, the MEA is completely prepared to implement it.”

However, implementation of the proposal would be challenging, former chief election commissioner O.P. Rawat said.

“For the ETPBS, we currently have an agreement with India Post to deliver it within six days from all locations within India. The EC would need to have a system to receive the ETPBS from NRIs within a timeframe,” he said.

“During my term, in 2017, we had a meeting with the MEA on whether embassies could be used for polling. They said they did not have enough staff for this.”

Rawat added: “Many Indian labourers’ passports are kept by their employers abroad. The EC must have thought about the risk that these labourers can be arm-twisted to influence their voting preference by the employer…. We had commissioned the Centre for Development of Advanced Computing to develop a software for secure online voting, but that is not yet developed.”

Another former chief election commissioner, S.Y. Quraishi, said that questions remained on how the poll panel would enforce the model code of conduct in the NRIs’ countries of residence.

“In India, a candidate can’t give a cup of tea to a voter. But we can’t stop a liquor party in London or New York. Also, we can’t have two standards. Internal migrants will demand the same right as migrants to other countries,” he said.

“That number may be so large that it would require a huge exercise by the EC.”

The poll panel’s letter to the law ministry was silent on the additional safeguards required for overseas voters.

CPM general secretary Sitaram Yechury wrote to chief election commissioner Sunil Arora on Friday demanding consultations with all political parties before NRIs are allowed to vote from their countries of residence.

The CPM has consistently backed NRIs’ right to vote in Indian elections from their countries of residence. In his letter, Yechury raised the question of “how to protect the secrecy and integrity of the ballot”.

“The current reported proposal of the ECI has never been discussed at an all-party consultation as is the normal practice and a well-established precedent,” Yechury wrote.

“It is clear that none of the alternatives which were part of the study of the expert group commissioned by the ECI in 2015 to draw up a concrete proposal could come up with a foolproof arrangement.

“Clearly, the issue is how to protect the secrecy and integrity of the ballot which will be received by the individual elector. The fact that these voters are working in conditions which are not immune from external influences, including their foreign employers, is the most worrying factor.”

In a reply to the Lok Sabha in February, the external affairs ministry had said that 1.36 crore Indian citizens lived abroad, two-thirds of them in the Gulf countries.