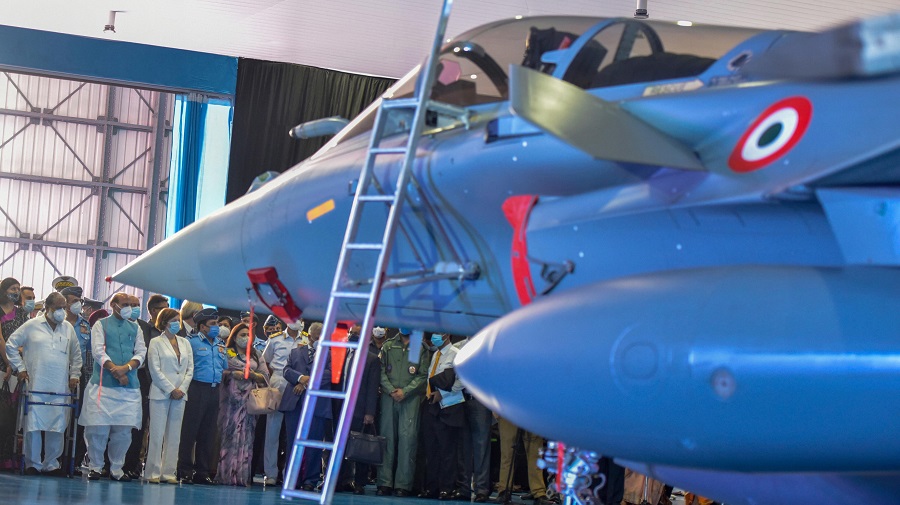 Five Rafale fighter jets were formally inducted into the Indian Air Force on Thursday at a glittering ceremony in the Ambala air base, in a major boost to India's air power capability at a time the country is engaged in a tense border row with China in eastern Ladakh.

A traditional sarva dharma puja', a ceremonial 'water cannon salute' to the Rafale jets and an aerial display featuring various breathtaking manoeuvres by the aircraft marked their induction into the 17 Squadron of the IAF.

In a tweet, the IAF welcomed the "new bird" into its arsenal.

A fleet of indigenously-developed combat jet Tejas and Sarang helicopter aerobatic team of the IAF too displayed a range of aerial manoeuvres demonstrating their agility at the ceremony which was attended by India's top military brass and executives of several French defence firms involved in the Rafale programme. 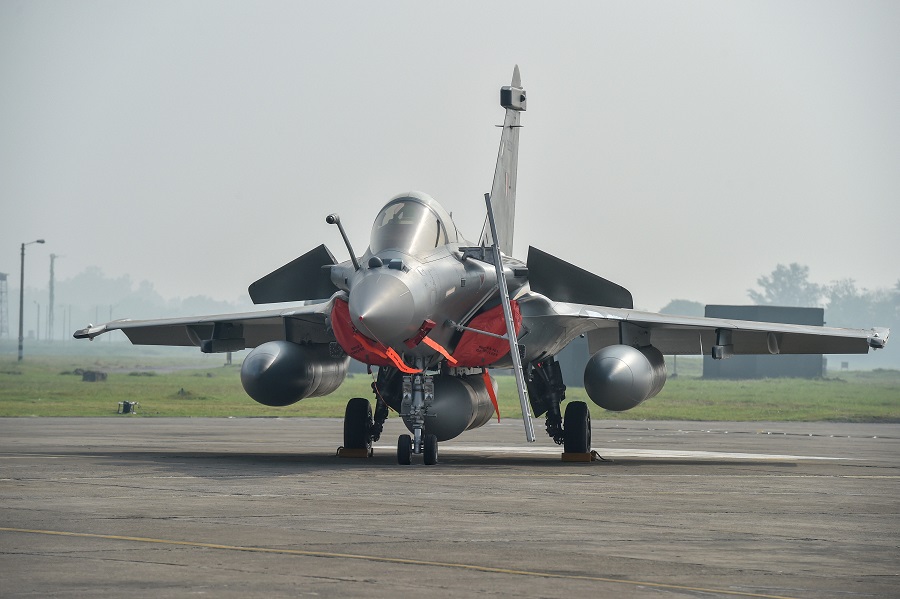 A Rafale aircraft at IAF airbase in Ambala on Thursday.
PTI

Defence Minister Rajnath Singh on Thursday used the ceremony to send a strong message to China over its belligerence in eastern Ladakh, saying national security is a major priority for India and it is determined to protect its territory.

Singh said induction of Rafale jets into the IAF is crucial considering the kind of atmosphere being created along India's border.

"It is a strong message for the entire world, especially those eyeing India's sovereignty," he said in an address at a ceremony in Ambala, marking formal induction of the Rafale fleet.

The defence minister said India's responsibility is not limited to its territorial boundary and that it is committed to peace and security in Indo-Pacific and Indian Ocean, the two regions where China has been increasing its military assertiveness. 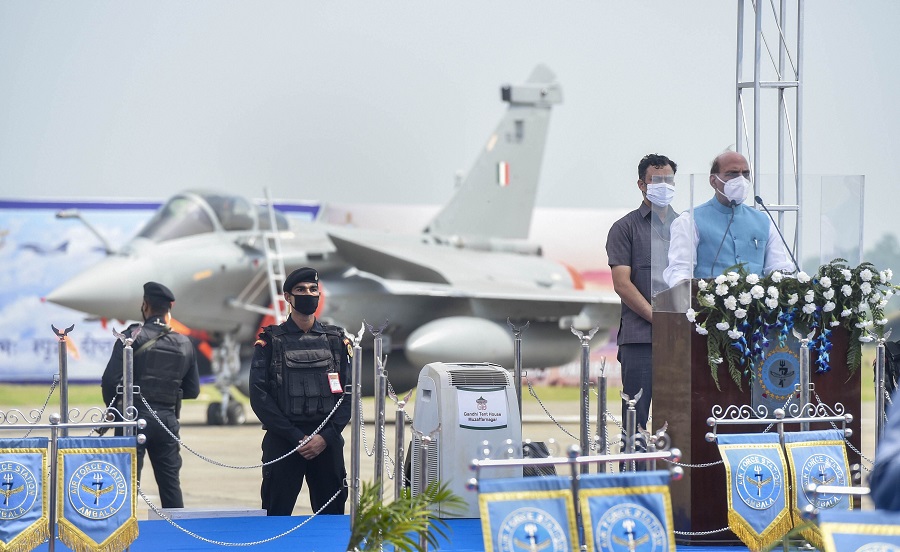 "This kind of induction is very important for the kind of atmosphere that has been created on our borders in recent times," the defence minister said in a clear reference to the escalating tensions in eastern Ladakh.

The defence minister also complimented the IAF for its "swift action" near the Line of Actual Control (LAC) during a "recent unfortunate incident" but did not elaborate on it.

"The speed at which IAF deployed assets on forward bases creates confidence," he said.

Singh's stern message to the neighbouring country came hours ahead of an expected meeting between External Affairs Minister S Jaishankar and his Chinese counterpart Wang Yi on the margins of a Shanghai Cooperation Organisation (SCO) conclave in Moscow. 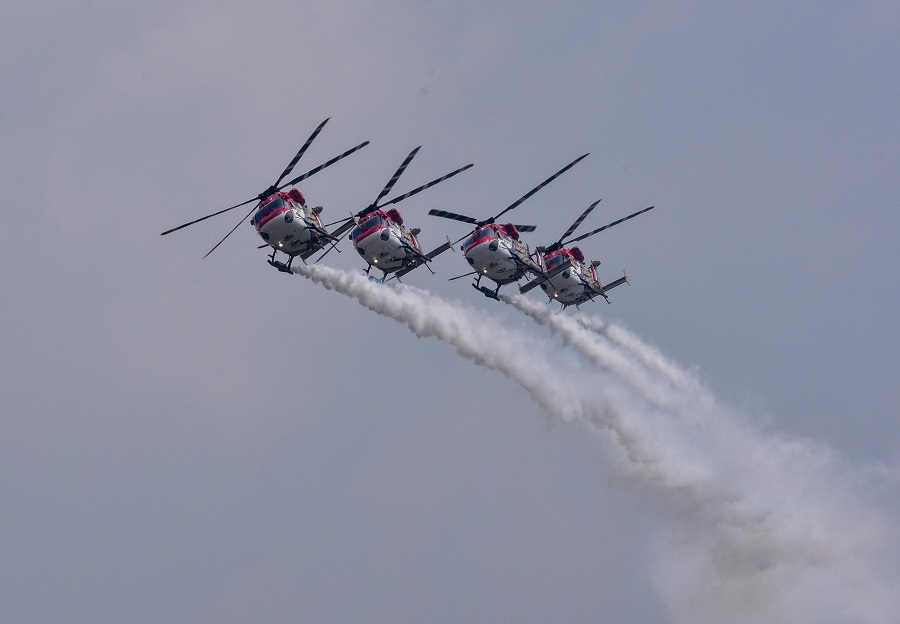 World Cup-winning former National captain Mahendra Singh Dhoni on Thursday hailed the induction of Rafale jets into the Indian Air Force, saying the "potent bird's lethality will only increase" in the hands of IAF pilots.

Dhoni, who also serves as the lieutenant colonel in the Territorial Army, holds dear anything that is related to the military.

An excited Dhoni promptly expressed his delight at five Rafale fighter jets being formally inducted into the 17 Squadron of the IAF at a glittering ceremony at the Ambala air base.

"With the Final Induction Ceremony the world's best combat proven 4.5Gen fighter plane gets the world's best fighter pilots. In the hands of our pilots and the mix of different aircrafts with the IAF the potent bird's lethality will only increase," Dhoni tweeted.