Fire breaks out at LIC office in Mumbai, no casualty reported

The cause behind the fire is yet to be known 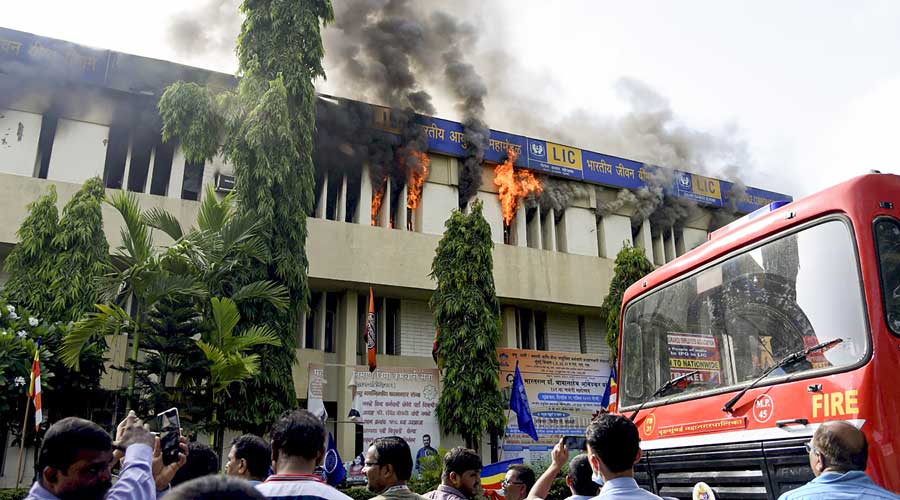 A fire broke out at an office of the Life Insurance Corporation (LIC) in suburban Santacruz (West) on Saturday morning but nobody was injured in the incident, the public sector company said. The fire was brought under control after six hours and cooling operations were underway, said an official of the Brihanmumbai Municipal Corporation (BMC).

Earlier, BMC officials had said the building was located in the adjoining Vile Parle area.

As per an LIC statement, fire broke out at its ground-plus-two-storey Jeevan Seva building on SV Road in Santacruz (West) around 6.40 am. The building houses its SSS Divisional office, it said.

Flames were restricted to the second floor and there were no casualties, the statement added.

As per the BMC, the fire was brought under control by 1.15 pm.

The data center of the Corporation which is located nearby was safe and precautionary measures had been taken to protect its IT assets, the LIC said. "All our critical IT assets for providing service to customers have adequate Disaster Recovery set up in place. Hence there would not be any problem in providing services to customers, " it added.