Maha govt to probe into synchronised tweets by Indian celebrities

The posts by heavyweights such as Tendulkar, Kohli and Lata Mangeshkar have triggered speculation that they had acted under govt pressure or encouragement 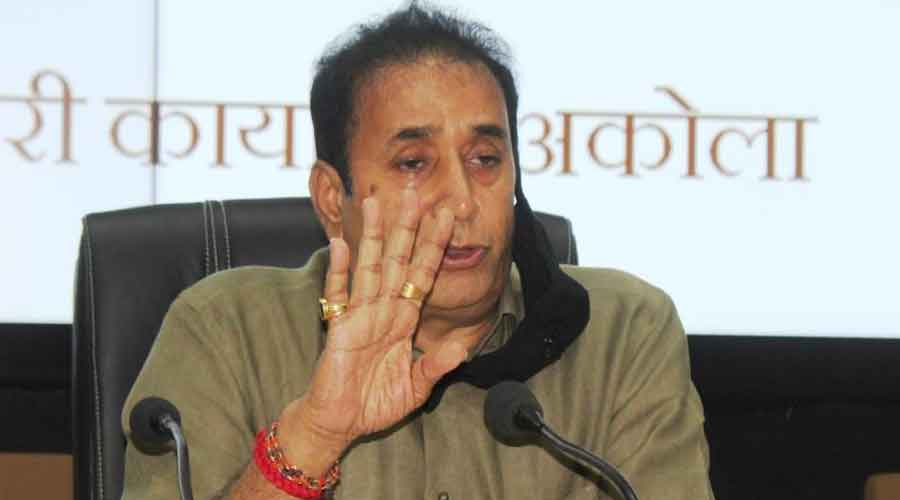 “It has been revealed that same (similar) posts (were tweeted) by (Indian) celebrities and at the same time. Our state Intelligence department will inquire if the tweets were sent in a synchronised manner,” Maharashtra home minister Anil Deshmukh said
File picture
Sanjay K. Jha   |   New Delhi   |   Published 09.02.21, 02:05 AM

The Maharashtra government will investigate how certain Indian celebrities suddenly posted “synchronised” tweets last week that were widely viewed as a pushback against foreign stars like Rihanna expressing support for the farmers’ movement.

“It has been revealed that same (similar) posts (were tweeted) by (Indian) celebrities and at the same time. Our state Intelligence department will inquire if the tweets were sent in a synchronised manner,” Maharashtra home minister Anil Deshmukh said on Monday.

“The timing of all the tweets, and the coordinated manner in which they were sent out, indicates a line of action and that this was planned.”

The tweets by heavyweights such as Sachin Tendulkar, Virat Kohli and Lata Mangeshkar have triggered speculation that they had acted under government pressure or encouragement. With several top cricketers — including Rohit Sharma and Ajinkya Rahane — involved, fingers have been pointed at BCCI secretary Jay Shah, son of Union home minister Amit Shah.

Deshmukh was responding to a demand for a probe from the Congress, a partner in the coalition government that includes the Shiv Sena and the state home minister’s own party, the Nationalist Congress Party (NCP).

The Indian celebrities’ tweets had come with two hashtags — “IndiaTogether” and “IndiaAgainstPropaganda” — that the foreign ministry had started after Rihanna, climate activist Greta Thunberg and other global luminaries tweeted support for the protesting farmers.

The Indians’ posts contained similar wording and sentiments, implying attempts to divide the country or undermine its sovereignty and suggesting Indians alone can decide on internal matters and find “amicable” solutions.

The comments were seen as an endorsement of the government’s unsympathetic treatment of the farmers’ protest and earned the Indian stars unexpectedly severe censure on social media.

While NCP veteran Sharad Pawar has advised the Indian celebrities to be cautious while speaking on subjects they were unfamiliar with, new state Congress chief Nana Patole has been more aggressive.

“There was a time when some celebrities in Mumbai used to follow instructions from bhai log (Mumbai’s underworld). People are now asking, ‘Since when has the central government started bhaigiri?’” he said, implying government pressure behind the tweets.

Maharashtra Congress spokesperson Sachin Sawant dismissed the suggestion that his party might be demonstrating similar intolerance as the Narendra Modi government, which has described the tweets by foreign celebrities as an “international conspiracy”. Delhi police, who report to the Union home ministry, have registered an FIR.

“Not at all, we are all for freedom of speech. Our initiative is to protect that freedom of speech. We want to know whether the synchronised tweets came under pressure or out of free will. We are not saying the central government pressured these people; we have only sought an investigation,” Sawant told The Telegraph.

“This is a very serious situation. We are in for trouble if influential people in society are lending their voice to something they don’t believe in, (if) they are doing it under pressure or allurement. We live in difficult times — you know what the political climate is. Anybody can trigger a crisis in society by forcing celebrities to express certain views. We must ensure that this racket is busted, if there is any. If somebody is threatening, bribing or blackmailing celebrities to tweet in a certain way, the central government should provide them security.”

Sawant said the timing and the content of the tweets had triggered genuine apprehension.

“The tweets put out by actor Akshay Kumar and badminton player Saina Nehwal was exactly the same — word for word. How does that happen? Actor Suniel Shetty even tagged BJP leader Hitesh Jain. They all took care to attach the statement by the ministry of external affairs (asking global celebrities to ascertain facts ‘before rushing to comment on such matters’),” he said.

“The line of argument was the same, the words used were similar, the hashtags used were the same. Shouldn’t we find out who is directing this coordinated play?”

Supporters of the government and the BJP have lapped up the tweets from the Indian celebrities, who included Ajay Devgn, Karan Johar and Anil Kumble. But the posts have angered the protesting farmers, some of whom have questioned whether Tendulkar deserves the Bharat Ratna (awarded by the erstwhile UPA government).

Congress leaders believe that a thorough investigation will end all speculation about the cricketers, who are worshipped by millions of fans across the country.