The minister's men started beating the villagers as they raised slogans against him, said the Jat leader 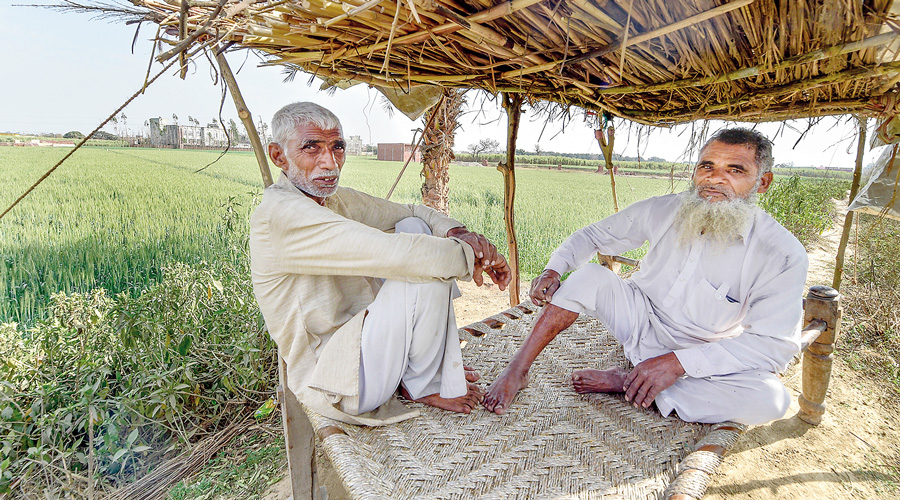 Balyan, the Union minister of state for animal husbandry, dairying and fisheries, struck back hours later, accusing the RLD of “vitiating the atmosphere”, linking those behind the Red Fort chaos on Republic Day with those who “resorted to violence” in Soram and alleging a conspiracy against him.

Balyan’s ploy of inviting himself to farmers’ family events to counter a Bharatiya Kisan Union call to boycott BJP members over the farmers’ struggle had sparked a clash on Monday, leaving four villagers hospitalised and triggering the gherao of a police station. Residents of Soram in western Uttar Pradesh had said Balyan’s “goons” and policemen had used sticks to thrash villagers protesting his visit.

Prominent Jat leader Ajit Singh, who addressed over 2,000 villagers at the chaupal (community centre) in Soram on Tuesday, said: “The police must register a case on the basis of the complaint of the villagers and take action against those who attacked the residents. I agree with the farmers’ decision to boycott BJP leaders till their demand to repeal the three farm laws is met.”

Other than residents of Soram, those from adjoining Goela, Shahjudi, Kakra, Rasulpur Jatan and Garhi Bahadurpur village attended the meeting.

Ajit Singh, who lost to Balyan from Muzaffarnagar in the 2019 Lok Sabha elections by 6,526 votes apparently due to a rupture in the traditional friendship between Jats and Muslims after 2013 communal riots, claimed that the BJP leader was angry also because people in Soram had questioned him over the farm laws and the rising prices of essential commodities.

“The villagers had raised slogans against the minister. His men then started beating them,” Ajit Singh said.

Yogesh Kumar, a Soram resident who was among the four youths who suffered injuries in the attack allegedly by Balyan’s “goons”, has stated in his police complaint that the BJP leader was accompanied by “20-25 friends” who assaulted him, Pradeep, Pinkar, Rajendra and Satpal “with the intention to kill us”.

The villagers had been chanting “Kisan ekta zindabad” and “Sanjeev Balyan murdabad”. Soram residents also alleged that the police had entered their houses and thrashed them.

A few hours after Ajit Singh’s visit, Balyan, a 2013 riot accused, said at a news conference in Muzaffarnagar: “RLD members tried to vitiate the atmosphere in Soram when I had gone there to say something to the khap leaders. I demand that the administration conduct an inquiry into it and study the call details of RLD leaders…. A conspiracy is afoot to divide my community (Jats).”

The Union minister didn’t elaborate on the allegation but added: “Where were these leaders during the communal riots of 2013? I had stood with the people at that time.”

“Those who were doing live chat at Red Fort recently were also present in Soram on Monday to create violence,” Balyan added. Some of those accused in the Red Fort violence during the farmers’ tractor rally on Republic Day had made social media videos from the spot.

Balyan’s desperation was clear a day after he faced protests at Soram, his former stronghold. After Tuesday’s news conference he proceeded to a brick kiln near the village and addressed a gathering.

“I have been visiting villages for the past many years. But those who do politics from Delhi are conspiring against me,” he said.

“Balyan wanted to address a panchayat for which the villagers were not ready. He shouldn’t have come here when he knew that the farmers had resolved to boycott BJP leaders,” Tikait said.

“Balyan has said those who chanted slogans against him in the village on Monday were RLD workers. It is a false claim. All of them were farmers and his goons attacked them brutally,” the BKU leader added.

Asked about the image of Balyan, a Muslim leader in Muzaffarnagar told The Telegraph: “Balyan is not a leader; he is an anti-social element, a non-serious person and a coward. He had won only because Muslims and Jats were divided in 2014 and 2019 in the aftermath of the bad memories of the 2013 riots.”

The leader alleged that Balyan had in 2013 instigated the communal violence in Muzaffarnagar in which 60 lives were lost.

“Qureshis, Jokhas and Maula Jats are rich and powerful. The rioters in August-September 2013 had targeted those villages where poor Muslims of the Shaikh, Ansari, Lohar and Dhobi castes live. This was the reason they attacked Kutbi-Kutba, the village in Balyan where poor Muslims live. The victims of Kutbi-Kutba had taken shelter in adjoining Bashikalan because they knew that the rioters wouldn’t dare to enter the village where Qureshis, Jokhas and Maulan Jats live,” the Muslim leader said.

A large number of Muslims in Muzaffarnagar and Shamli districts call themselves Maula Jats, claiming that they were converted from Hinduism to Islam during Mughal rule.

Abhishek Yadav, senor superintendent of police of Muzaffarnagar, said: “We have received an application from the villagers of Soram and probing it before a case is registered against those involved in Monday’s violence.”